Martin to run the London Marathon... around the Falls 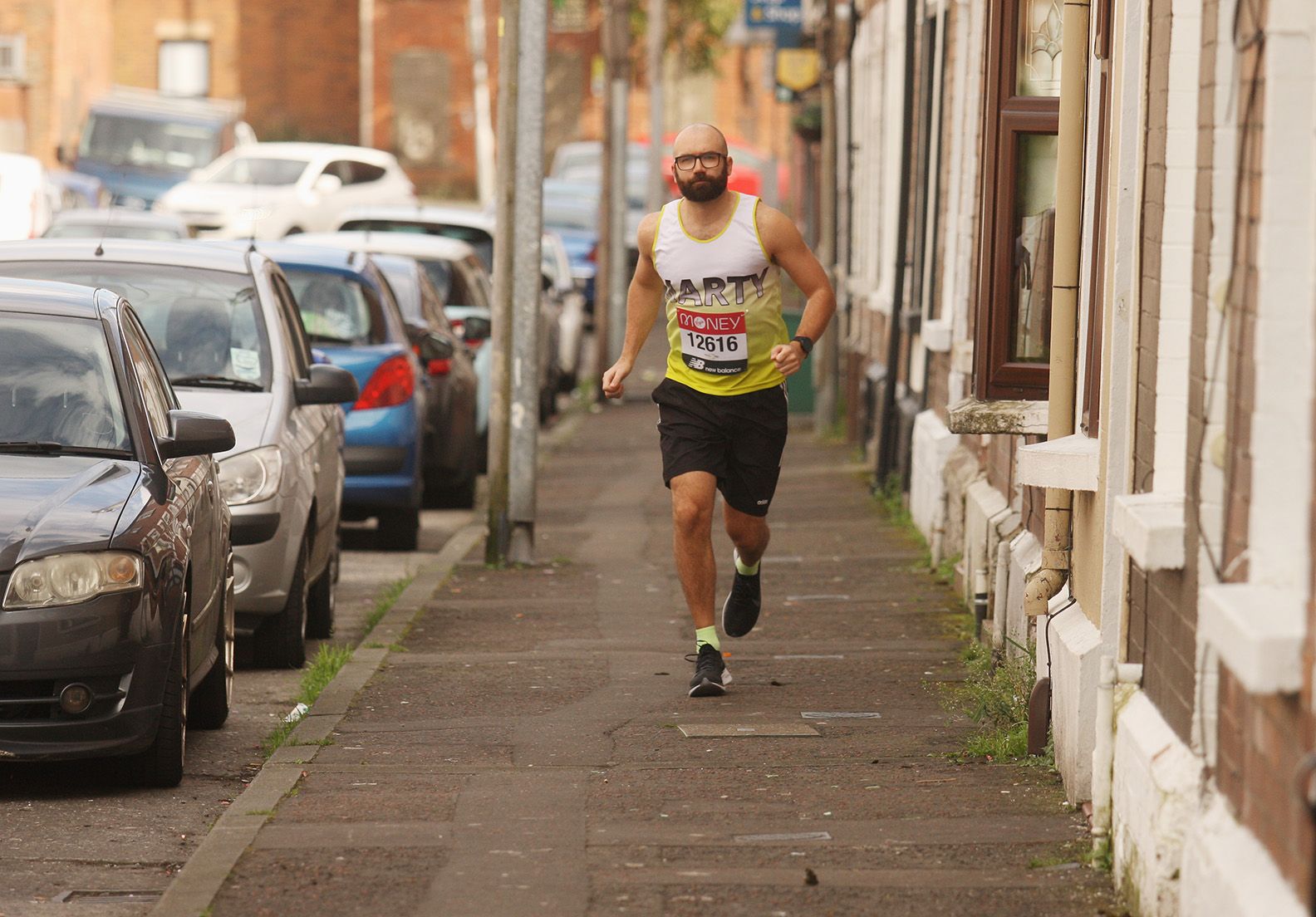 IN GOOD STEP: Martin Keenan takes to the streets

A WEST Belfast runner is preparing to lace up on Sunday as he prepares to take part in the virtual London Marathon to raise funds for the British Heart Foundation.

Not to be deterred by current Covid-19 restrictions – which means that this weekend’s marathon can’t take place in its usual format – Iveagh Street’s Martin Keenan will complete the gruelling 26.2 mile route around his local area pounding the pavements and looping past his home 34 times in the process.

A message to the 45,000 virtual runners taking on #The40thRace on Sunday - the fastest man of all time is with you! 💪💙⁣
⁣#LondonMarathon pic.twitter.com/D3IXlchEIc

Martin said that he chose to support and highlight the fantastic work of the British Heart Foundation, “because they do great work to keep more hearts beating”.

“I had the unbelievable luck of getting into the London Marathon through their ballot process, it was basically a four per cent chance to be exact,” he said.

“I decided to run in memory of my brother-in-law Martin McCoubrey who passed away two years ago due to sudden cardiac arrest leaving behind my sister and little niece.

“I had actually stopped running due to injuries and was working with a coach, Chris McBride, from StrengthCoach NI who got me ‘up and running again’.

“I couldn’t believe it when I got through to London but with Covid all that was cancelled. I’m still going to go ahead on Sunday.”

I couldn’t believe it when I got through to London but with Covid all that was cancelled. I’m still going to go ahead on Sunday.”

Martin said that his route will be kept local and he’ll be setting off from 9am on Sunday morning.

“A few of my friends are coming over to cheer me on and I’ll be going past Willowbank Park, Iveagh Street, the Rise sculpture and past the Park Centre.

“The Park Centre opens at 1pm so I’m hoping to come in under four hours and open a bottle of Prosecco with the family once I finish,” he laughed.

Martin says that he hopes people will come out to cheer him on – and the weather holds.

“Hopefully this will maybe inspire people to get out and do a bit of exercise, it really helps your health especially in these times.”

To donate to Martin’s fundraising efforts for the British Heart Foundation visit: https://www.justgiving.com/fundraising/martin-keenan2019