McCann: Saffrons relishing return to the top tier in 2021 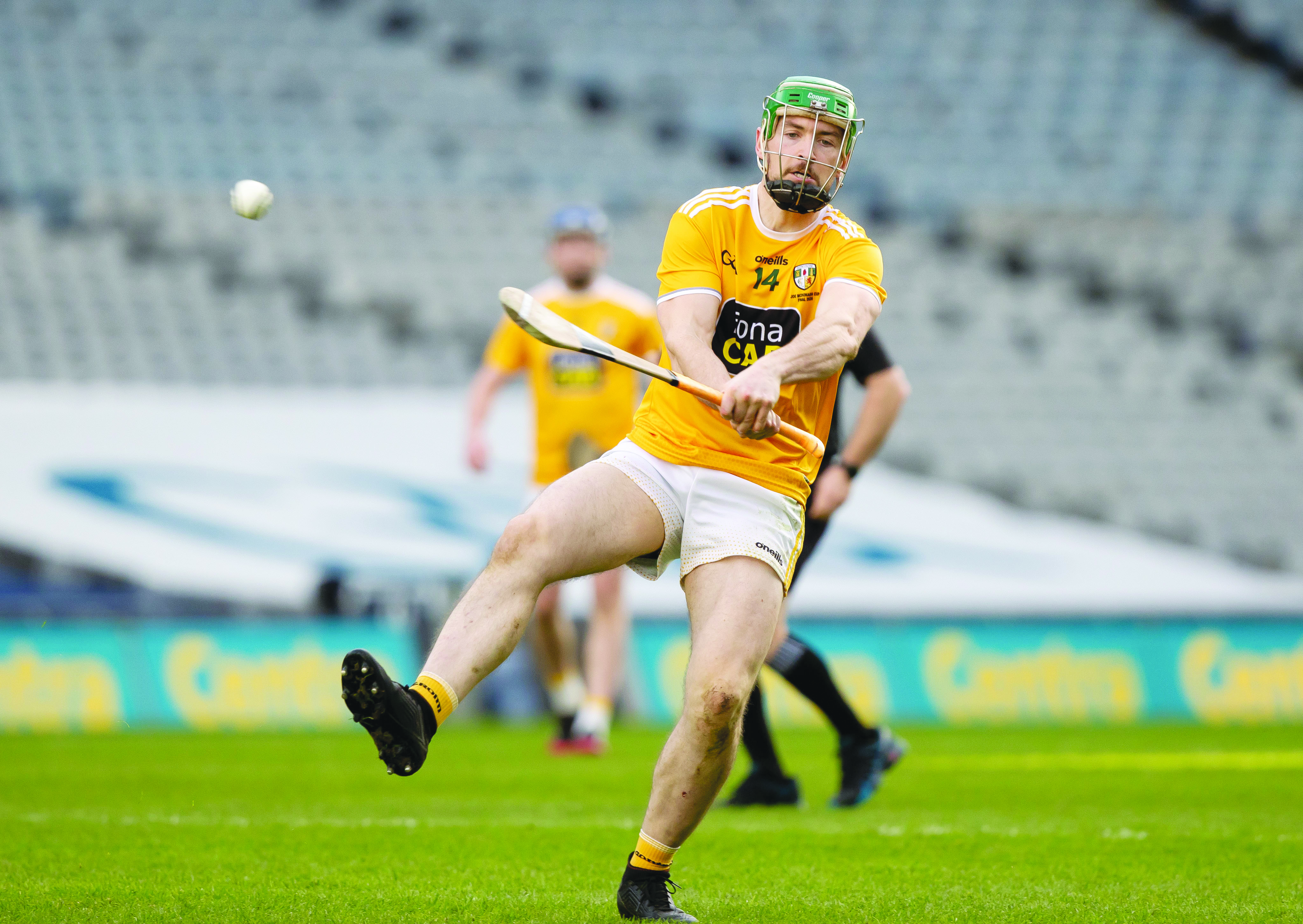 ANTRIM hurling captain Conor McCann believes that, should the GAA organise Division One of the Allianz Hurling League on a regional basis, it could be to the advantage of the Joe McDonagh Cup champions.

Last month, the association confirmed plans for the Football Leagues with the four divisions split into North and South regions with the divisional structure.

The Saffrons drew the short straw with both Louth and Leitrim, who came down from Division Three, joining Antrim and Sligo in Division Four North.

The GAA have still to confirm the make-up of Division One of the Allianz Hurling League for the forthcoming season.

The top tier is normally split into two groups of similar strength, but that might change for this year in line with the structure of the football leagues.

If that were to be the case, Antrim could expect the likes of Westmeath, Dublin and Laois to join them in a ‘northern’ group with perhaps Wexford and Kilkenny added in.

That would leave Galway joining Munster sides Limerick, Clare, Cork, Tipperary and Waterford in the other group and could mean Antrim missing out on a chance of pitting themselves against reigning All-Ireland champions Limerick, but McCann insists they’ll be ready for whatever way the league is split.

“I think it doesn’t really matter to us in the grand scheme of things what way the League is structured,” said McCann.

“If the more northern teams are grouped together, it will still be tough in Division One, first and foremost. If we get the chance to play the likes of Limerick, Wexford, Galway then we’ll be delighted.

“The main thing is that we are there and we will be trying to consolidate our place in Division One.

“We’ll be happy to mix it with the likes of Dublin, Laois and Westmeath if that’s the shape the League takes, but we’ll be ready for whatever format materialises.

“I can’t see why they would reduce travelling in order to reduce the risk for the footballers and not do it for the hurling. I can’t see them going with the conventional League format this year. I think everyone understands things are probably worse in relation to Covid now than they were when the season restarted in September.”

The Antrim skipper feels the Saffrons have a point to prove in whatever group they end up in.

Stung by criticism from RTÉ pundit Dónal Óg Cusack in the wake of their 0-22 to 1-17 win over Kerry in last month’s Joe McDonagh Cup decider, Antrim are determined to make their presence felt in the top tier.

Antrim went through the 2020 season unbeaten, annexing both the Division 2A title along with the McDonagh Cup.

Speaking on The Sunday Game, the former Cork goalkeeper stated that Antrim could “suffer a lot of beatings” in the Liam MacCarthy based on their performance in the final.

While McCann knows Antrim will face a massive step up in class for the forthcoming season, he sees no reason why the Saffrons can’t be competitive.

“Finals are for winning - it doesn’t matter if you win by a point and it is a terrible game,” said McCann.

“That’s how we felt going into the match. We knew the result was all that matters. Both teams were probably a bit cagey.

“When you meet each other so many times as Antrim and Kerry have, you pick up on where their strengths and weaknesses are. We felt that Kerry set up quite defensively to stop our runners through the middle third. That maybe added to how the game panned out.

“People like Dónal Óg have their opinions and they can say all they want. We’ll go back up to Division One next year and into the Leinster Championship and we know there is a huge step up, but we are quite positive that we’ll be able to handle ourselves. That’s our next aim and that’s where we need to get to now.

“Maybe proving people like that wrong is something that we can use as ammunition. He might not have meant it, but it could even help us a little.”

McCann also addressed the controversy surrounding his victory speech after RTÉ cut away from the Creggan Kickhams clubman just as he was due to speak.

“I think the people at home were probably more annoyed, it was a bit of a kick in the teeth - apparently they cut it just as I lifted the microphone,” added McCann.

“I think it is something that is a running theme when it comes to coverage at that level. They didn’t even record it.  I’m telling people it was the greatest speech of all time!

“I just thanked people who helped get us to that point. I got across what I had to say to the players and the management.”