McCarthy confident he will blast his way into British title mix 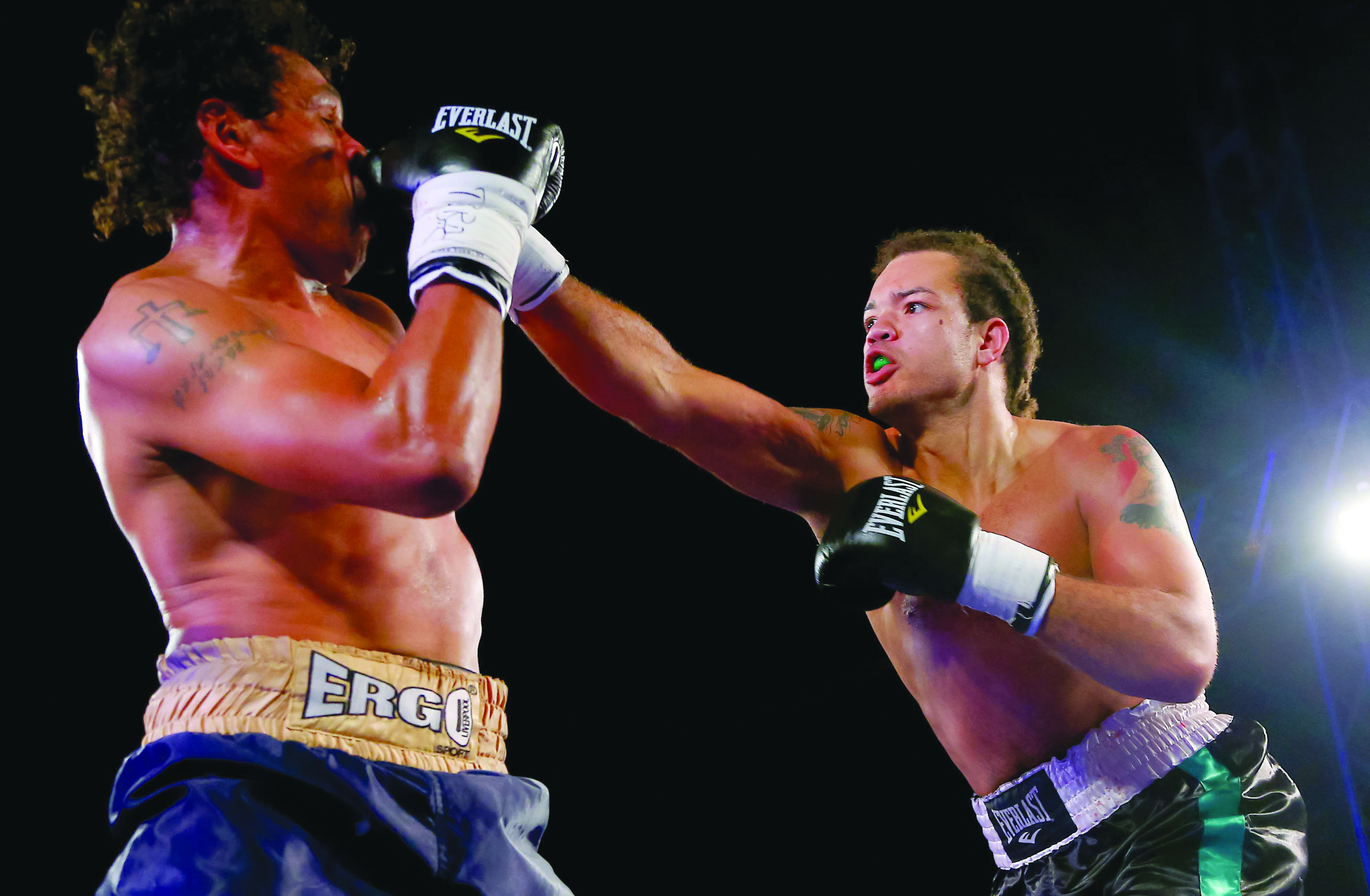 ON paper, Saturday night’s British cruiserweight title eliminator against former champion and Lonsdale Belt holder, Jon Lewis Dickinson represents the biggest test to date for Tommy McCarthy, but the Lenadoon man insists he is ready to announce himself in style.

The 25 year-old takes on Dickinson at the SSE Hydro in Glasgow as part of the undercard to Ricky Burns v Michele Di Rococo WBA light-welterweight clash in front of the live Sky Sports cameras. While such an occasion and stage may be daunting for some, ‘T Mac’ says he has experienced it all before and will take it all in his stride.

“This will help me put my mark on the game and get my name out there,” says the West Belfast man.
“This will get my foot in the door and it’s an eliminator for the British title I want to get after this.

“The big venue and big crowd doesn’t annoy me or even the TV because in my first two years at the (Irish) Seniors, I boxed live on RTE against an Olympic silver medallist (Kenneth Egan). The Stadium was banged out and they were all for him. “I’ve boxed at Commonwealth Games and all the major tournaments around the world, so it’s nothing new to me.”

McCarthy’s laid back demeanor outside the ring disguises a ruthless streak inside it.

His first five opponents as a professional were dealt with in double quick time, but since moving away from the journeyman level, he has shown the boxing ability to help him move into title contention.

It was a risky move to take on such a seasoned campaigner in Courtney Fry at the Feile Marquee last August, but McCarthy dropped the Londoner twice en route to a points win. It wasn’t all plain sailing on the night, as the former Oliver Plunkett amateur looked a little jaded in the closing stages, perhaps because of the lack of professional rounds, but since then scored two points wins over six in the space of a week to move onto a record of 8-0 ahead of this next step on the ladder.

While some feel taking on another experienced and seasoned opponent poses a risk, McCarthy feels Dickenson will be an easier night’s work that it was against Fry.

“I think people are looking at it on paper and think this is a big test, but I think they are making this out to be harder than it really is,” he insists.

“I fancy this big time and I don’t think it will be my hardest fight (yet). I think Courtney Fry was my toughest and will be harder than this. He is a tricky operator, a tough, durable guy who has fought at a higher level.

Dickenson has won the British title and had a good career. He’s very capable, but I don’t think he’s outstanding, so I’m very confident.

“The Fry fight really brought my game to a new level. I was my first time doing an eight-rounder and it was only my sixth fight as well. I took a lot from it.

“Since then I have felt a lot more comfortable in the gym, felt better in my sparring and even in my two fights I had since – both in the same week and one on TV – I felt great. Going into this fight I’m well prepared. I had a good eight rounds with an experienced, seasoned pro.

“I’ve boxed on live TV and my amateur experience of boxing in big venues will also stand to me here.”

What will also stand to him is his experienced corner man who knows what it takes to travel and win on the biggest stage.
Former WBA super-middleweight champion, Brian Magee took over from Bernardo Checa who has moved to Spain after the Fry fight and McCarthy says working with a man who has seen it all and done it all has helped him immensely.

“Brian and me just clicked from the first week of training together,” said Tommy.

“Anybody who knows him would say he is sound and easy to get on with. He has been there and done it. He knows what it takes and what you are going through. “Brian would do the sessions with me and runs with me, so it’s like having a training and a training partner.

“I think this is almost helping Brian stay fit too. He sees me training and he wants to join in too, so maybe that gives him the buzz back again.
“For me, being used to training with a team (Ireland) for so many years, it’s hard to get used to training on your own so you need somebody beside you to keep pushing.”

Training for this showdown could not have gone any better according to McCarthy who enjoyed top-class sparring in France against Carlos Takam – who took on Alexander Povetkin for the WBC Silver heavyweight title in 2014 and who will fight an eliminator for Anthony Joshua’s IBF heavyweight crown – as-well-as Paul Drago and Dubliner, Niall Kennedy.