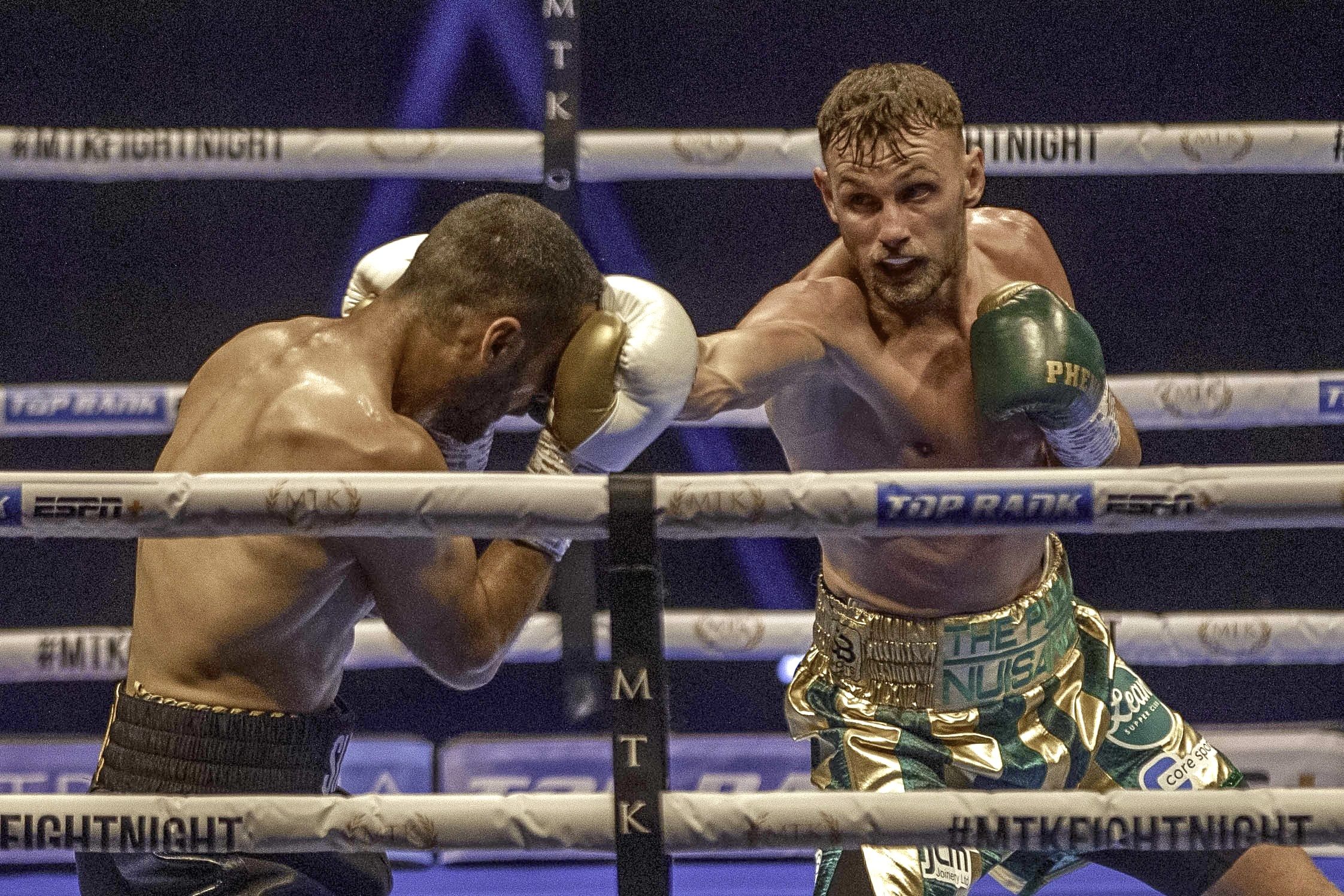 SEAN McComb will have to wait once again for his chance to fight for the vacant Commonwealth lightweight title as his clash with Gavin Gwynne has been postponed until February 19.

The pair were due to meet in Dubai this Saturday, but it was confirmed yesterday (Sunday) the Caesar's Palace card was scrapped due to travel restrictions imposed by the British government to and from the UAE city.

Those travel restrictions that were announced last week left the fight card hanging in the balance, but the logistics proved impossible and the decision was taken to schedule the fights that were slated for this weekend.

It was a further disappointment for McComb who had been in Dubai all last week acclimatising ahead of his first title shot having left his girlfriend and newborn son behind to get ready to face the Welshman.

The pair were initially due to fight in Wakefield on January 22, but the decision by the British Boxing Board of Control to pull the plug on all action until the middle of February forced an initial rescheduling and the same thing has happened with Covid-19 continuing to play havoc with the sport schedule.

However, the Belfast man didn't have long to wait for a new date as the Commonwealth lightweight title fight will now take place in Bolton on Friday, February 19.

And there we have it folks! February 19th it's on and cracking! @MTKGlobal 💚 https://t.co/6hc7urDeGp

That card was due to contain Paul Hyland Jnr's bid to win the British lightweight title, but opponent Liam Walsh has tested positive for Covid-19 and that fight will now take place on a different date, with McComb vs Gwynne now topping the February 19 bill.

MTK Global Promoter Lee Eaton said: "It's a shame that next Saturday's event in Dubai is unable to take place due to the current travel restrictions, but we have worked hard behind the scenes over the last few days to ensure the majority of the fighters on that card haven't had to wait long for their fights to be rescheduled.

"It means that Sean McComb, Gavin Gwynne, Mark McKeown, Brad Daws, Pierce O'Leary and Irvin Magno have had to wait less than two weeks for their new date, so we're delighted to be adding even more starpower to what was an already stacked MTK Fight Night on February 19.

"We're hoping to get Karim Guerfi vs. Lee McGregor, and Liam Walsh vs. Paul Hyland Jnr rescheduled as soon as possible, so boxing fans won't have to wait long to see those two fantastic fights."

As it stands, the March 12 card in Dubai that contains Tyrone McKenna's return against Zhankosh Turarov and Lewis Crocker's defence of the WBO European welterweight title against Deniz Ilbay will go ahead as planned.