McCrory confident he has the power to pass Ellison test 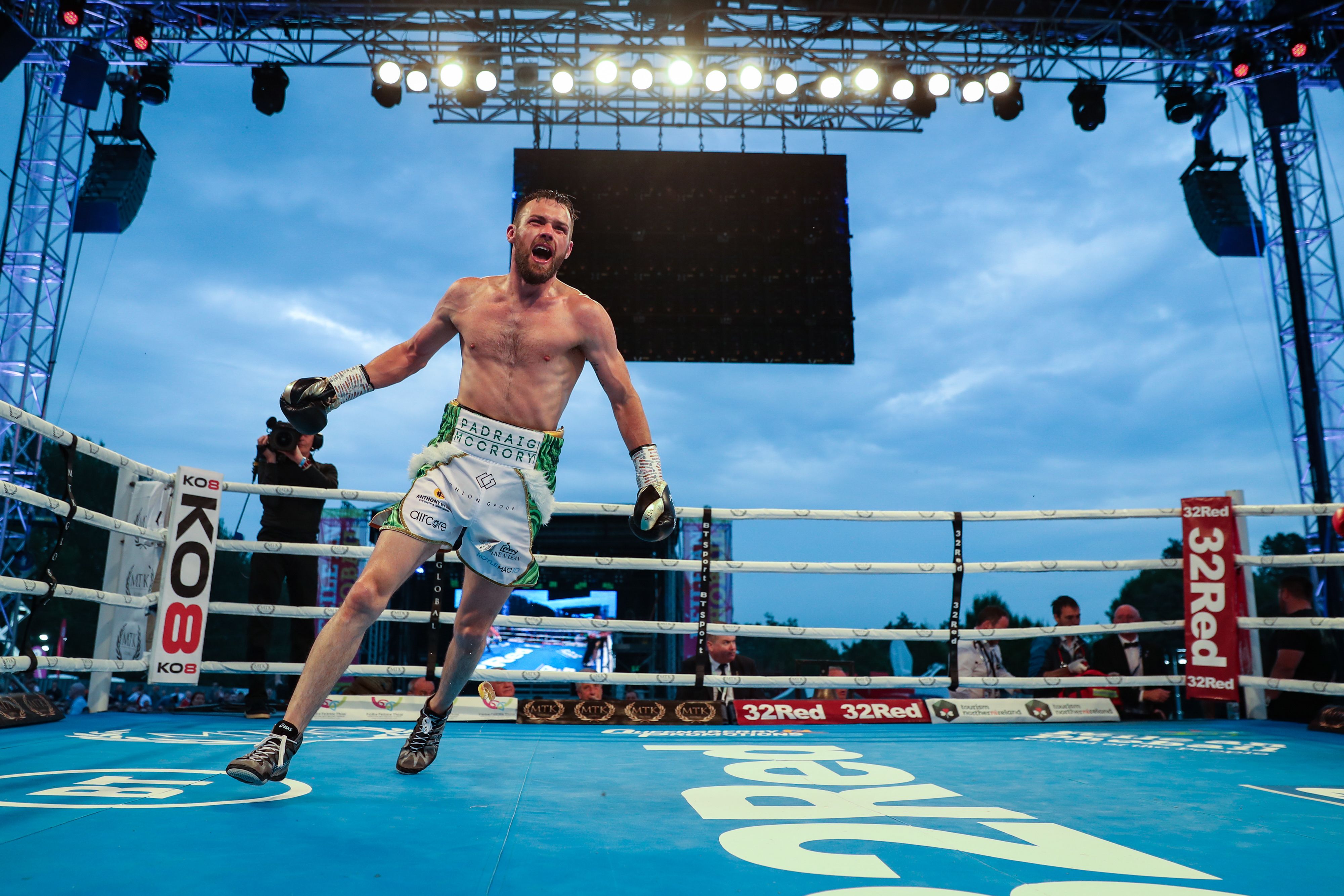 IT has mostly been a successful return to action for Irish boxers post-lockdown and Padraig McCrory is keen to maintain that when he faces Mickey Ellison behind closed doors on Wednesday night (live on YouTube and ESPN+).

The St James' super-middleweight has been perfect through his 10 professional fights and knows another victory against Ellison - who has lost just twice in 14 outings - could push him towards a major title fight that would bring a world ranking.

Watching his stablemate Lewis Crocker pick up the WBO European welterweight strain last week has only served to motivate 'The Hammer' further and he hopes to feed off those positive vibes when the bell sounds against his 30-year-old opponent from Blackburn on Wednesday.

"Watching Lewis win the WBO European last week, it made me want it even more," he said from his hotel this morning (Monday).

"Hopefully if I get a good win here then it's something I can push on for.

"I'm the only Irish lad on this show whereas the other ones were littered with Irish. It's actually nice as I'm more in the spotlight and I enjoy that, it's mot something I shy away from. It's been a very successful run for the Irish so I just hope I can keep it going."

Boxing has had to adapt to its new, empty surroundings and for McCrory, he admits it's all a little strange in the build-up.

The popular 32-year-old is accustomed to a big, vociferous support each time he competes but will not enjoy that on Wednesday. Instead, it was just boxer and trainer, Dee Walsh, who made the trip to England on Sunday night.

He admits that does allow for a few extra butterflies when spending so long in isolation, but remains confident having a long, productive training camp behind him: "It's just me and Dee here so it's definitely strange.

"I'm used to having more people around me and a big crowd at the fight so it's a different atmosphere, but we're all in the same boat.

"It gives you more time to overthink stuff but then I've been in camp for 12 weeks so I'm more than ready. The closer it's getting, the more confident I am."

It remains the case that Ellison is likely to provide his sternest test yet with the Englishman coming in on a high having taken Charlie Schofield's unbeaten record and took Christian Kinsiona apart in one round either side of a second round victory against journeyman Gianni Antoh.

Ellison will not be shy in coming forward and will have faith his power can trouble the Belfast man, but the reverse is true with McCrory confident he punches harder than anyone his opponent has squared-off against previously.

"On paper, he's my hardest fight," he acknowledged.

"He's coming in off a couple of good wins, beat a guy at 15-0 and won an English title eliminator so on paper it looks like my toughest opponent.

"I do think I've fought two who are better than him in Collins and McGlinchey so I'm ready for a hard fight.

"I saw a clip of his last fight and the guy (Kinsiona) came and put it on him very heavy but walked onto a shot and that was it. His other stoppage was against a journeyman and he first round was rough and ragged, but the second I think the guy gave up, maybe more tired than hurt.

"He maybe isn't a massive puncher, but a solid one with a good engine. I watched him in the win against Charlie Schofield and he's as game as they come who will try to walk through anything, but I'm ready for that. I don't think he's fought anyone who punches as hard as me, so if he walks in on me like he has with his last opponents, I think he'll be in a bit of trouble."