McLaughlin hopes to freshen things up in January 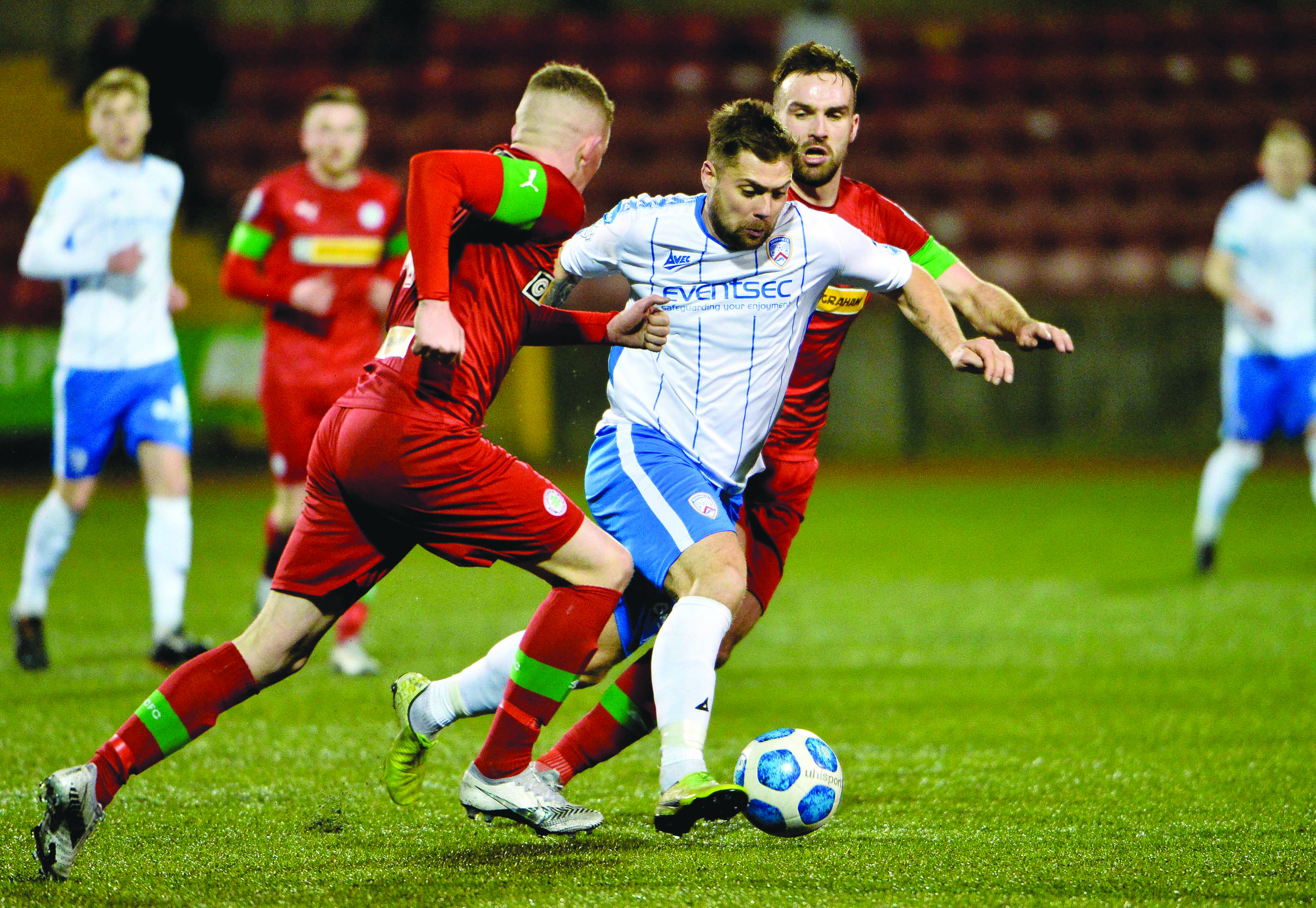 CLIFTONVILLE manager Paddy McLaughlin believes that his side is in need of freshening up in January.

The Reds ended 2020 with a sixth league defeat of the campaign after a 2-0  reverse at the hands of Coleraine on Saturday evening and although McLaughlin believes they have a ‘“great bunch of lads”, he has acknowledged that change is needed if they are be successful and return to winning ways.

“I think the team needs freshened up,” acknowledged McLaughlin.

“If that’s the case we need to bring some people in. I don’t think the club is in a position where we can just open up the chequebook and sign whatever we want. We might need to move one or two out for one or two to come in and if that’s the case so be it.

“It’s just frustrating because I know how good these boys are. I see them three days a week and see the quality that they have.

“If we’ve got to replace and move people on and bring people in, so be it. It will be disappointing to break up a team but if that’s the case, that’s the case.”

McLaughlin was left disappointed and frustrated with Saturday’s second-half surrender against Coleraine and especially the players’ response to falling behind.

“It’s so frustrating and so disappointing,” admits the Cliftonville manager.

“In the first half I thought we were probably the better side with our play in the final third. We were getting there with the balls and it seemed like it was only a matter of time before we scored.

“In the second half we started the same and the pattern continued on like the first half.

“Both sides played decent football but I thought we were better than they were.

“Once the goal went in against us it just deflated the whole team and we’ve got to learn to deal with disappointments better than that because it’s not enough to play well and stay in the game until you go behind. If you go behind early in the game what are you going to do for the rest of it?

“The response was disappointing from the players but up until we went behind I thought we played some excellent football and I didn’t see us losing the game but goals change games.

“‘Currany’ (Ryan Curran) has a great chance and Joe Gormley has had a couple of half chances.

“The opener came from a free-kick from a substitute that has just came onto the pitch that nobody has picked up. He was the only man free in the box and the only man that scores a goal.

“The second goal was an individual error and is just one of those crazy decisions at a key moment in the games. It’s cost us goals and cost us games.”

The Reds’ boss is under no illusions that responsibility for results lies on his shoulders and has called on the players to do some soul searching from within in order to turn things around.

“It’s my responsibility, the results are on my shoulders,” he said.

“When things aren’t going well it’s on my shoulders. I understand that and I’m big enough to take the criticism.

“I understand the frustration of the supporters, the players and staff are frustrated as well but the confidence is definitely down.

“The only way to get that up is drag yourself through it. You can’t be handed confidence or coached confidence – it’s got to come within.

With the St Stephen’s Day derby with Crusaders and the following Tuesday evening’s game with Glentoran being postponed due to recent lockdown restrictions, the Reds are in line to return to action against Dungannon Swifts on January 2.

McLaughlin hopes that in the interim the team will be able to regroup and work on eradicating recent mistakes.

“We don’t want to be sitting thinking ‘could have, would have, should have’ for the next two weeks but that’s where we’re at,” McLaughlin reflected.

“The good thing about that is it gives us two weeks to regroup, sit the boys down and go through the mistakes we’ve made and try and work on them.

“I’ve said it before, we’re playing good stuff but we’re not cut-throat enough at the top end of the pitch and individual errors at the back are costing us goals and ultimately games.

“When you put the two of them together – if you’re not ruthless enough at one end and soft at the other – then you’ve no chance of winning football matches.”