Michael Conlan back to full fitness after injury 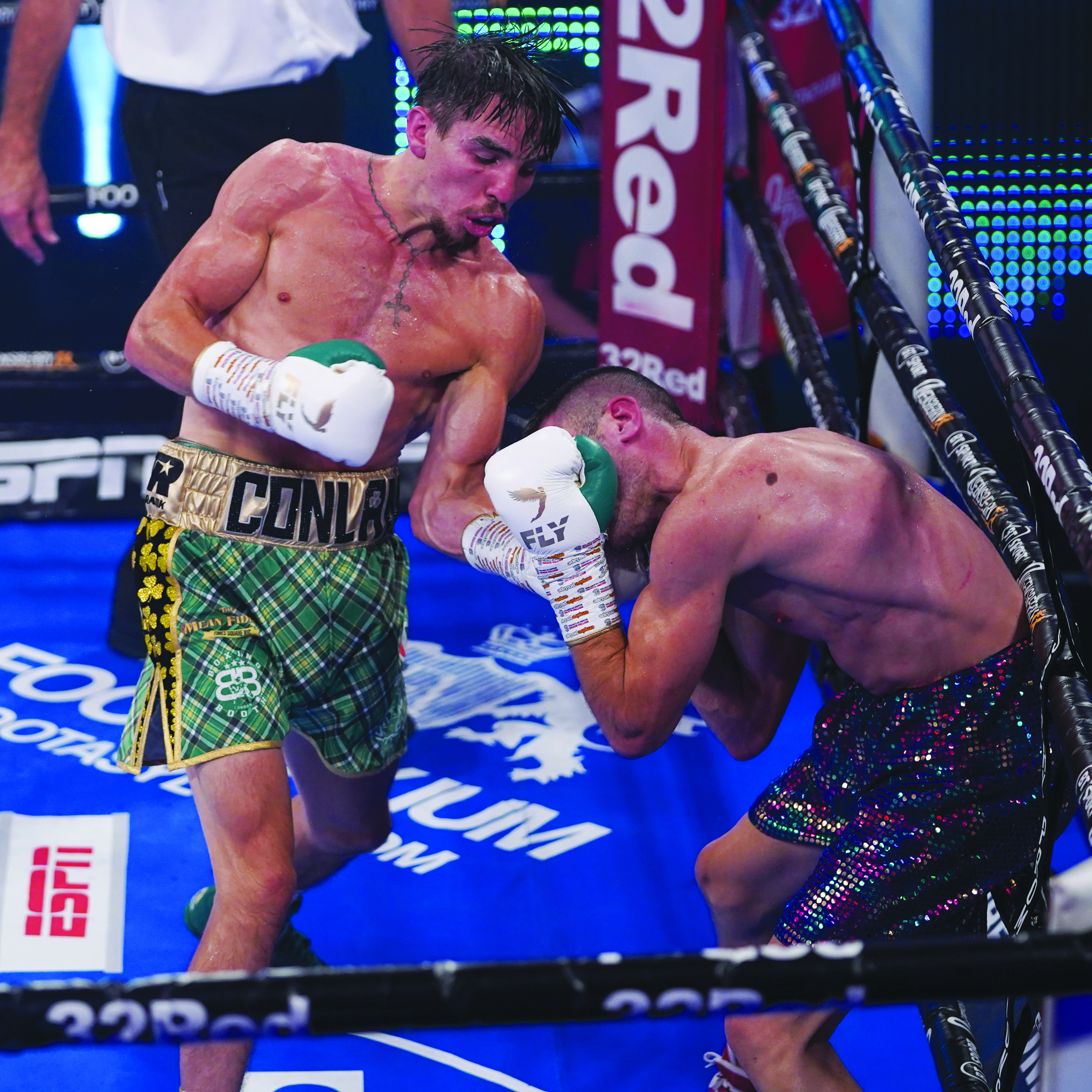 The Belfast man set to face Ionut Baluta on April 30

MICHAEL Conlan says he is back to full fitness and raring to go as he continues preparations to face Ionut Baluta in London on April 30.

The super-bantamweight contender was forced to pull out of a planned showdown with former world champion Isaac Dogboe on December 5 after picking up a serious injury to his right ankle in training and has been forced to play the long game in order to fully recover.

Initially, he had hoped that the anterior talofibular ligament injury may have healed a little quicker in order to allow his return to the ring earlier in the year, but it took longer than he had wish.

However, with the recovery now complete, the West Belfast man can now fully focus on doing what he does best against the Romanian who is in a fine run of form with his last two fights resulting in victories against Irish opposition in former world champion TJ Doheny and David Oliver Joyce.

“The injury is good,” he confirmed from his London base where he is preparing for his first outing since a stoppage win over Sofiane Takoucht in August.

“I’m back running and doing everything I need to do, so there’s no problem there.

“I thought I would have been back sooner than I was told I’d be back, but I wasn’t. It just takes time and I had to take the rest that was needed.

“Now, I’m back firing on all cylinders and doing everything that I need to do, so I’m good to go.”

Victory over Baluta would move Conlan, presently number one contender for Stephen Fulton's WBO belt, to the brink of a world title fight that would almost certainly take place later in the year, although it was revealed by Showtime on Thursday that Fulton will have a unification fight on September 11 against the winner of the WBC clash between Luis Nery and Brandon Figueroa.

‘Cool Boy Steph’ claimed the WBO title with an impressive points win over Angelo Leo back in January and while Conlan was full of credit for the Philadelphia native, he insists he hasn’t studied that win in depth as there is still a job to be done before he can consider challenging for the belt.

“I haven’t fully watched that as there is no point in me looking that far ahead,” he insists.

“I need to go in and get the job done first (against Baluta) - that is the most important thing. This fight is first before I can start to think about Stephen Fulton.

“I did see a few clips of it and I’ve seen people giving him so much credit. It was very well earned as that was a career-best performance against an undefeated fighter.

“He’s beaten many undefeated fighters now and is performing time and time again, so all credit to him. He’s doing an elite job and he’s a fantastic champion, so he is one I’d be looking forward to facing, but first I have got to take care of business.”

Should all go to plan, that world title opportunity, potentially now for two belts, would likely take place in the United States before Christmas with purse bids expected after the September unification involving Fulton, but Conlan isn’t giving up hope on a return to the Falls Park for another Féile and Phobail fight night in August for what would be a last outing before a crack at the big one.

Whether that can happen is dependent on restrictions being eased around the pandemic but it is something that appeals to the 29-year-old should it be feasible.

“Let’s hope that happens,” he said.

“We are still hopeful that the Féile might happen and there are still talks being had. If that was to happen then how good would that be?

“Let’s wait and see about that, but my main focus now is just getting this job done.”

Many will feel Conlan is the man to bring the big nights back to Belfast after the retirement of Carl Frampton last week.

The debate has begun as to just where ‘The Jackal’ stands in the list of Irish boxing greats, but for Conlan, there is no question that Frampton tops his list.

“Unbelievable,” he said on the career of the two-weight champion.

“He is the best fighter from the city, ever, the best from the country, ever. He has a confident, dominant stake for that title.

“Obviously, fighters and people from other generations are going to say differently. Everybody is going to have their own opinion, but for our generation, Carl is and he is in my opinion. People might have a different point of view but for many, they will be in agreement.”