Mourne the merrier for marine biologist 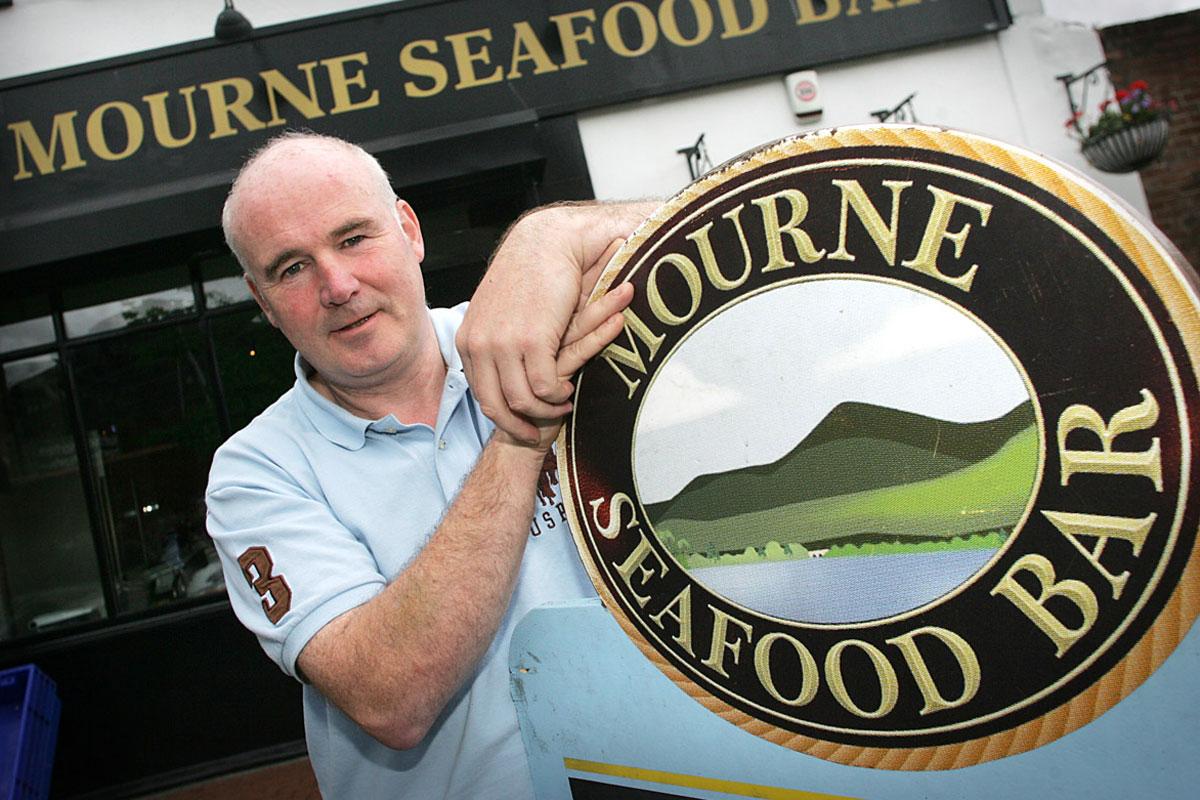 Later this month, the brightest and best of local businesses will converge on Stormont for the Belfast Media Group’s Top 50 Businesses awards ceremony.

The annual event, which will be held in the Long Gallery on Thursday, September 29, honours the individuals and companies who have pioneered business in our city.

One such company that will appear at the awards, now in their seventh year, is Mourne Seafood Bar. The Bank Square restaurant opened five years ago on the back of the success of owner Bob McCoubrey’s initial foray into selling seafood in Dundrum.

“I was a marine biologist originally and then worked in several fields after leaving university. But all the time on the side I had an oyster farm in Carlingford Lough, where I used to work part-time.

“I lived in Dundrum at the time, so we decided to open a place there over the summer and see what happened with it.”

The rest as they say is history and that was Bob in the restaurant game “by default”.

“As the Dundrum location was obviously going to be a seasonal place, it was natural we would eventually move to Belfast, which we did in 2006,” he explains.

“I was very lucky to fall in with Andy Rae, who was Paul Rankin’s head chef and looking to move out on his own.

“He liked seafood and the whole angle I had, so we got into business together. We bought the old Bank Bar beside Kelly’s Cellars and because we didn’t have much money at the time, we basically gutted it out and renovated it ourselves.”

The restaurant has grown in popularity and physical space, with recent additions including an oyster bar and cookery school.

“It has certainly exceeded our expectations. Everyone said we were mad to open in that part of Belfast but for us it has worked out really well. You couldn’t get more central and for what we got it for, it’s brilliant.

“On a day to day basis, I would source the fish, buying it off the boats in Kilkeel. Andy then looks after the Belfast restaurant, although I’m involved in the cookery schools and the marketing, as well having to do the nasty bits like paying the bills.”

One of the restaurant’s selling points is the fact it has no set menu, a decision Bob said was taken from an economic standpoint as opposed to any artistic desire.

“When it comes to fish, people are used to cod, salmon and maybe monkfish. But the way the fish market works, if you put something like monkfish on your menu and not too many boats land it that afternoon, its price goes through the roof.

“So the way we work is instead of having a set menu, we just go with what’s caught. We have a guy down in Kilkeel who goes to the market and buys whatever is good value. He’ll then let the two head chefs know and that’ll go on the menu. So each day we wipe the blackboards and start again. It’s not for an airy-fairy reason, it’s purely economical.

“I suppose it’s a unique selling point as well though – when you walk through the door you don’t know what is going to be there. You could eat there every day if you wanted and no two menus would be the same.”

Despite Mourne Seafood’s popularity, much like most businesses throughout the world it has been hit by the economic downturn, although Bob says further financial dynamics have also played their part as well.

“The big problem for us is the VAT rate. A year-and-a-half ago it was 15 per cent and now it is 20 per cent. The thing for us is if a shop buys in an item, it pays VAT on it and can claim that back, so they only really pay VAT on their profits.

“But for ourselves, there’s no VAT on any fish we buy in, so we can’t claim anything back. But we do have to pay VAT on the price we sell it to customers, which really hits us hard. In France, VAT in restaurants is only five per cent and down south it is nine per cent, but we’re sitting here at 20 per cent, which is 20 per cent of our turnover gone before we take anything.

“We try to cut corners where we can costs-wise – we buy direct, cut out middle-men, even run our two vans on used cooking oil from the kitchens, but you can’t legislate for what the government does and that’s why our next restaurant will definitely be down in Dublin.

“The rise from the VAT here a few years ago would be worth another £75,000 to us, which is hard to stomach. It’s a sad fact that because of it there will be a lot fewer restaurants in Belfast this time next year.”

With previous recipients of the Belfast Business Top 50 accolade including the likes of Terence Brannigan of CBI Northern Ireland, Terry Cross of Deltaprint Packaging and restaurateur Michael Deane, Bob said he was delighted to be joining such prestigious company.

“It’s great to be honoured in this way and to get recognition, considering people told us we were crazy for setting ourselves up in that part of Belfast.

“When we first started, I had lots of people telling us to go to the Lisburn Road or Botanic Avenue, but for us it couldn’t have worked out better.

“The biggest honour for us is the nice mix of customers we get because of where we’re located. It’s great to see people from all different incomes sitting in one restaurant together, from guys in suits having a lobster to an old lady with a bowl of chowder.”

Looking to the future, Bob says he hopes the Mourne Seafood brand can develop in a number of ways over the next couple of years.

“I certainly hope we will have another few outlets.

“We’re thinking about maybe one on the north coast and definitely one in Dublin but because of the tax situation I was talking about, the Dublin one is the only one we’ve really put any serious thought into at the minute.

“I also hope we can build on the cookery schools and maybe even look at putting a few of our products, such as the chowder or smoked salmon, out to produce.”