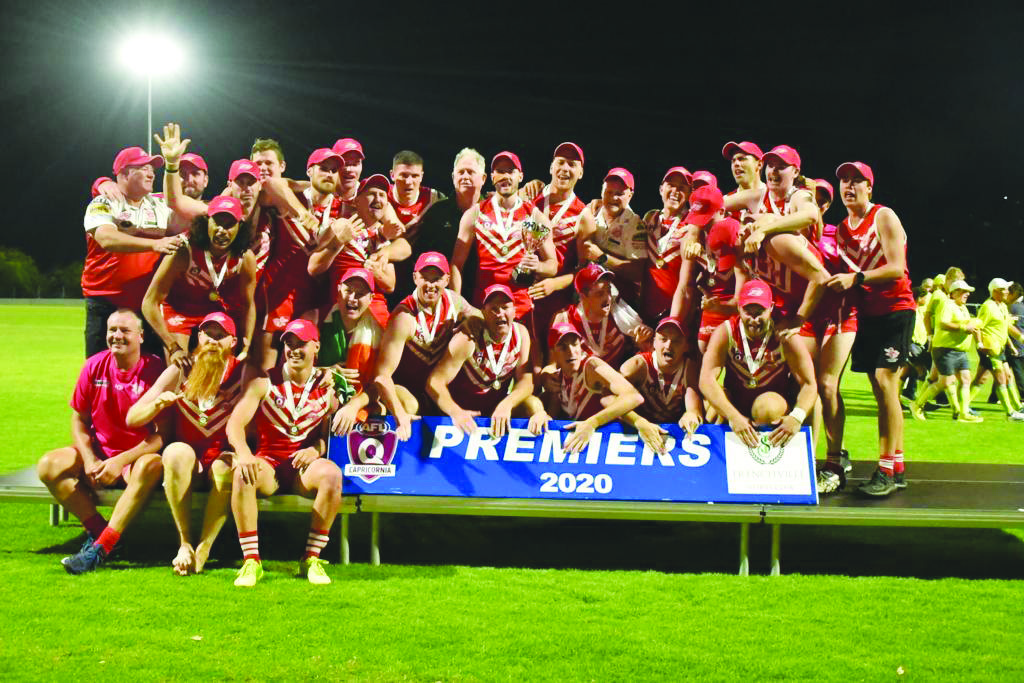 THERE is nothing new in GAA members travelling Down Under and making their mark in Australian Rules with names such as Jim Stynes, Tadgh Kennelly, Pearce Hanley, Martin Clarke and Zach Tuohy rolling off the tongue.

In recent weeks, some of those who made the transition have returned to Ireland such as Conor McKenna and Conor Glass who will look to resume inter-county careers, but one man who may have flown under the radar holds perhaps the greatest record of all, albeit outside the AFL.

Former Naomh Éanna man Robert McElhone has been part of history as his Yeppoon Swans broke a long-standing Aussie Rules record by winning their 89th consecutive game in AFL Capricornia, a regional league in Queensland.

The 44-year-old record was broken in the AFLQ Capricornia Grand Final when the Swans defeated Boyne Island/Tannum Sands Saints and the achievement has hit the headlines right across Australia.

33-year-old Robert and his wife, a native of Coalisland, are both teachers and lived in Australia for a couple of years before returning home but ventured back out in January 2016.

Living in a smaller town than the nearest big city of Brisbane that is 430 miles south, there was no opportunity to play Gaelic Games, so Robert did the next best thing and switched from the O’Neills ball to the Sherrin.

“It’s funny how it worked out,” said the Cavehill native who attended St Mary’s CBGS in West Belfast before transferring over to St Malachy’s College.

“Their run began in 2015 but then I joined when I went back out here and it was the second year, they won the title, so I have actually never lost a game I’ve played.

“We got the local league record about two years ago and that in itself was great but then we went on and got the Queensland record. “People then started talking about this all-Australia record and started looking to see if there was even a record, but it turned out here was a team down in South Australia in the ‘70s who had won 88-straight games.”

There was perhaps an element of destiny about the Swans’ record-breaking feat.
Like the rest of the world, Covid-19 played havoc with sports’ schedules and it was no different for the Swans.

A typical season would see them play 15 home and 15 away games with two finals (one semi-final and then the Grand Final). However, the season was halved with the added two finals and as it would transpire, the Grand Final victory - that had the added bonus off being hosted by Yeppoon - was the record breaker, meaning the club rounded off the season with the record and their sixth-straight premiership title.

“It’s pretty funny because if Covid hadn’t hit, the record would have been broken in some random game,” added Robert.

“We are classed as central Queensland, which is really all NRL (rugby league) dominated but for some reason Yeppoon loves the AFL.

“Because it’s such a great town, it attracts people from Victoria to live and they are all football people. Our tam was half local lads and then the other half are blow-ins like me.”

Making the transition to a new sport that does share some skills with Gaelic football was a challenge, but McElhone quickly adapted and has even represented an Irish Exiles team in the International Cup three years ago alongside David Stynes, brother of the late, great, Jim.

It’s not just the move from round ball to oval, but there are other differences in how the games are played that the North Belfast man was to find out.

“It’s more physical than Gaelic, but Gaelic is more skilful,” he opined.

“The ball is obviously different as when it bounces, and the kicking style is different. You have to kick straight-on whereas with Gaelic you are leaning back a bit.

“The tackle is different as you tackle the man and not the ball, so it was something to adapt too.

“It’s usually the case that the Irish lads mostly went into the back line. You would never really have had any apart from Jim Stynes, who was a ‘ruck man’, who would play in midfield or the forwards.”

Australia is now his home, but he looks back to his days with Naomh Éanna with great fondness and even returned home over the festive period where he took in their All-Ireland Club Intermediate Hurling semi-final against Kilkenny’s Tullaroan.

He laughs that while he may have had the golden touch in Australian rules having never lost a game with Yeppoon, the reverse was true when lining out for the Glengormley club.

“I was mainly a footballer but ended up playing hurling to get me out of the house, but I enjoyed it too,” he recalls.

“It’s funny and the boys always remind me of this, but when I left, they started winning things.

“When I started playing (football) we were up in Division One but ended up going as far down as Division Three, got back to Division Two and lulled a bit, but when I left the footballers just took off.

“When I hurled with the club, we were down in Division Four at one point and now they are up in Division One.

“I was back home there at the start of the year for the All-Ireland semi-final against Tullaroan and it was a bit wick not being involved, but really you are delighted for all the boys who would played with over the year and are good mates of mine.”

Knowing where to bow out of any sport is always a tough call to make but there’s no better time to do it when you have just won a championship title and broken a world record in the process.

That’s the plan now for McElhone who is enjoying life in the picturesque surroundings of his adopted home.

He has enjoyed an incredible run with Yeppoon and admits he has been fortunate to play a part in a piece of Australian sporting history.

“I’m finishing up now, so I’ve hung up the boots, I suppose,” he confirmed.

“Since I’ve joined the club, I haven’t lost a game along with two other fellas who also came in during the run. I think I’ve played 69 of the 89 games so it’s great how it worked out.

“When we won the regional, we went up to Mackay and played the winners of there or theme came down to us, but we won that game three times too.

“We’re probably a big fish in a small pond but it’s a great community here and a lovely place to live.” 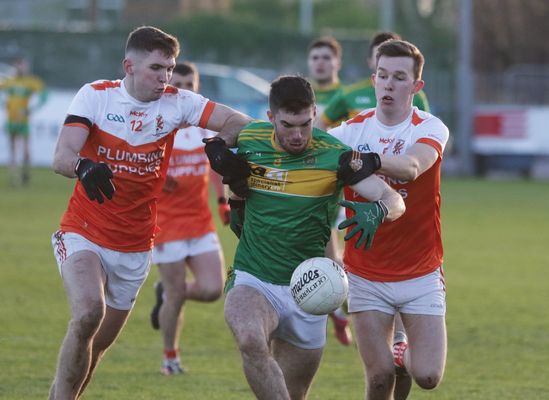