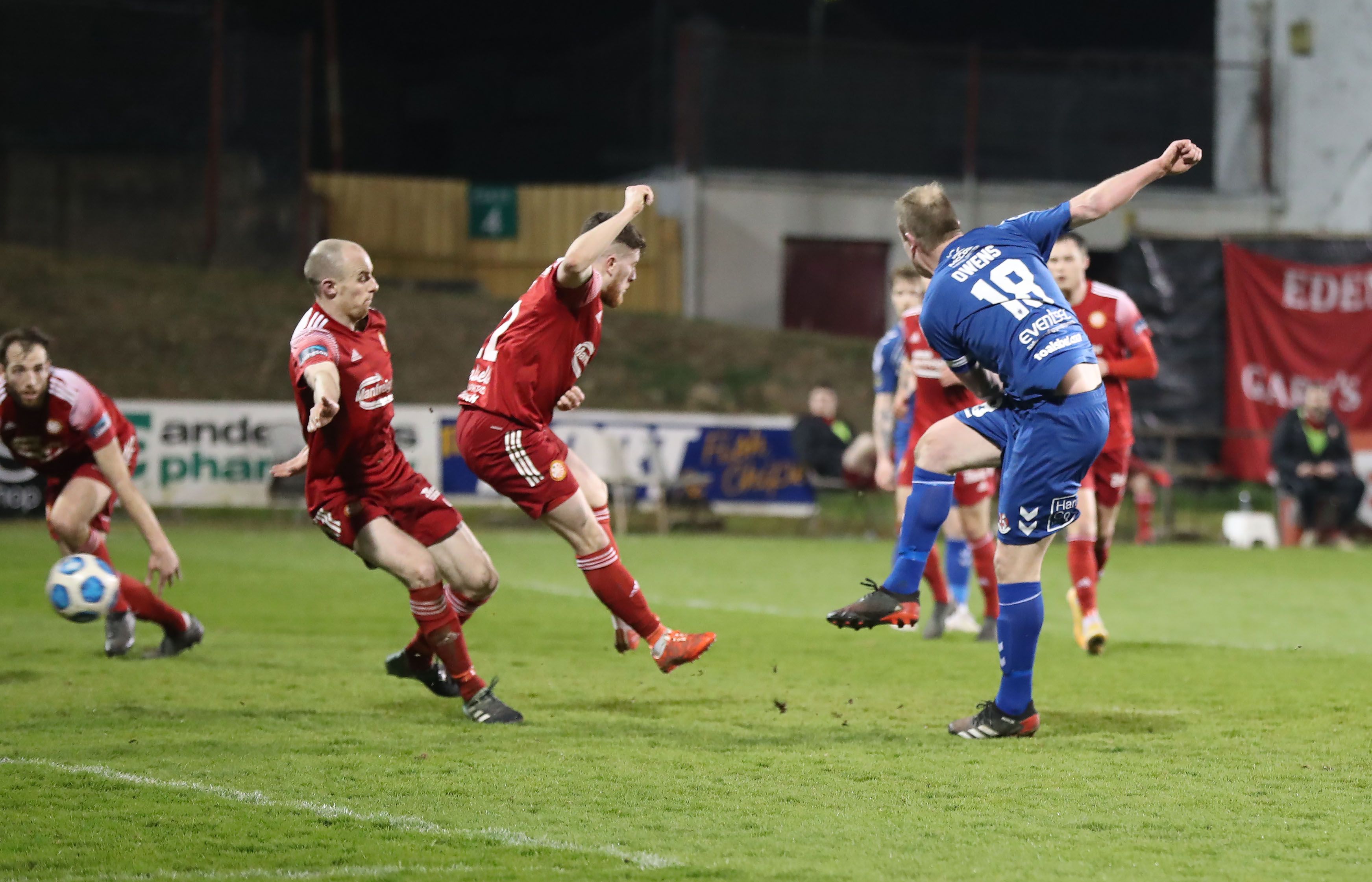 CRUSADERS struck twice within as many minutes to claim their first win in five with a come-from-behind victory over Portadown at Shamrock Park last night.

The hosts opened the scoring midway through the second half when Adam Salley's shot was deflected over the line as it seemed it was going to be five defeats on the spin for Stephen Baxter's charges.

However, Aidan Wilson netter the equaliser on 79 minutes when heading home from a Paul Heatley corner and two minutes later, Jordan Owens swivelled and fired to the corner of the net to turn this game on its head.

The Seaview outfit could have made it safe when awarded a penalty with two to go, but Jacob Carney was equal to Jamie McGonigle's effort.

It would not matter in the end as Crusaders stopped the rot and moved to within one point of the top half of the table, with Portadown just hovering outside of the relegation zone.

Coleraine bounced back from their weekend defeat at Solitude as they scored a 2-0 home win over Larne to get to within seven points of Linfield at the top with a game in hand on the Blues.

Curtis Allen put Oran Kearney's side into a 26th minute lead as he rose to head home from close range.

The Bannsiders doubled their advantage just seconds into the second period when half-time substitute James McLaughlin broke free on the left with his first touch and produced a composed finish to score and wrap up the points.

He has only been on the pitch 29 seconds and James McLaughlin doubles Coleraine's lead!

Ballymena United took full advantage of Larne's defeat as the Braidmen moved up into fourth place thanks to a 2-0 home win over second from bottom Carrick Rangers.

An own goal from Steven Gordon on 36 minutes gave the hosts a 1-0 lead sat the break, but they had to rely on Ross Glendinning's shot to deny Jordan Gibson an equaliser.

Shay McCartan pounced on some unconvincing Carrick defending to race through and seal the win on 81 minutes as the Sky Blues' unbeaten run stretches to 10 games.

Dungannon Swifts remain rooted to the foot of the table as they suffered a 4-0 defeat to Glenavon at home.

Gregory Moorhouse slotted home the opener for the Lurgan Blues on 11 minutes when rolling low to the net on the left.

The visitors were out of sight by half-time as Andrew Hall found the net from two free-kicks on 36 and 39 minuets, with the scoring completed five minutes after the interval as Matthew Fitzpatrick finished after Dungannon had cheaply coughed-up possession.