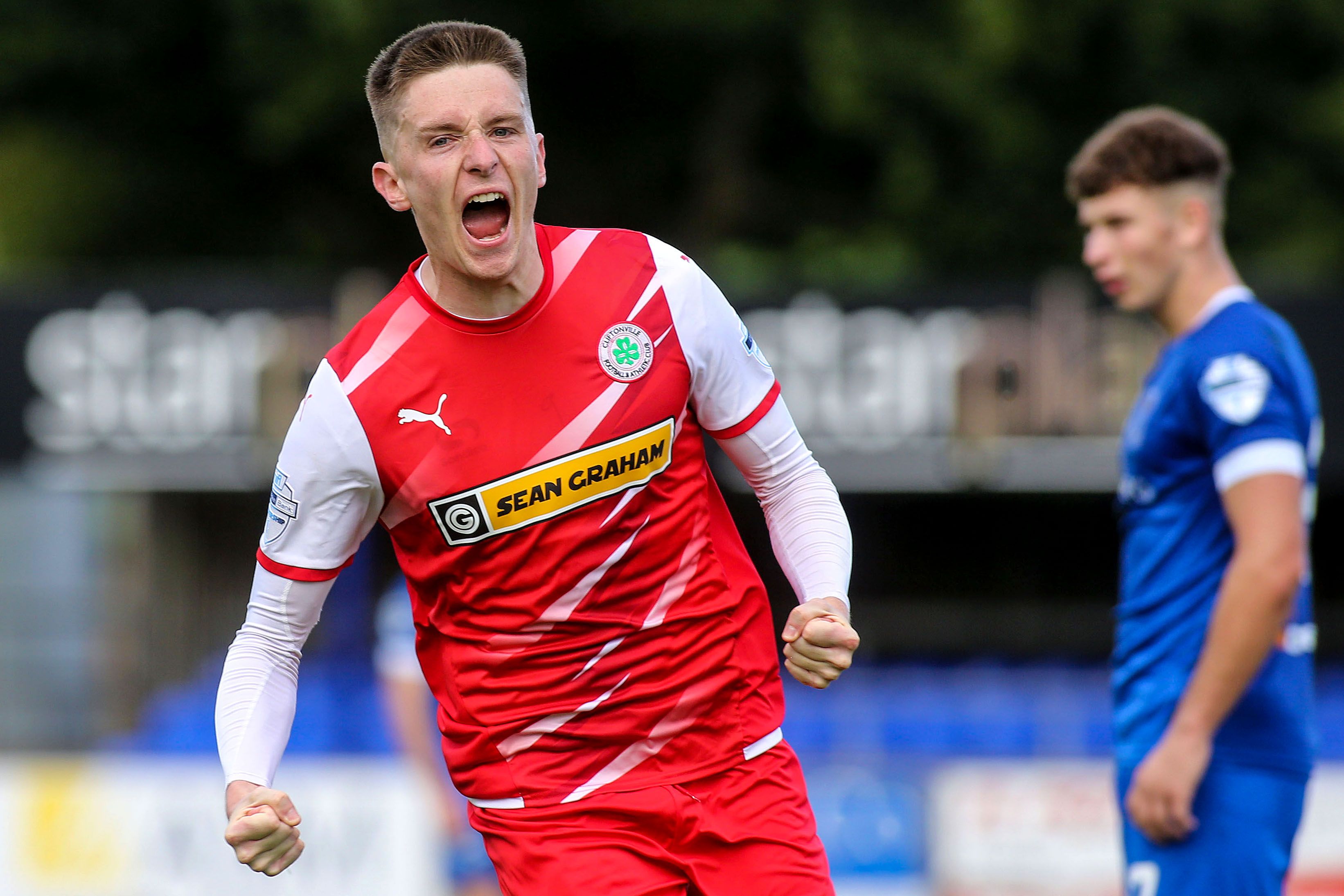 Ryan Curran scored he winner against Warrenpoint on Saturday INPHO

RYAN Curran’s headed goal less than 20 minutes from time ensured that Cliftonville broke down a stubborn and determined Warrenpoint Town at Solitude on Saturday afternoon.

Deadlocked at the break, it looked as though former Reds’ manager Barry Gray was going to pick up his first points after a run of four successive defeats, but Curran powered home the winner to ensure Cliftonville finish September at the league summit to the delight of manager Paddy McLaughlin who felt it was his sides toughest win to date.

“All points are much valued and very tough to get in this division. They were definitely the toughest three that we’ve earned this year.

“Warrenpoint were excellently set-up. They were very well organised right throughout the game. You’re seeing their ’keeper pull off a couple of great saves and you’re thinking it’s going to be one of those frustrating days.

“We weren’t playing anywhere near our maximum; the other team was very well organised and their keeper was playing well. To get over the line in the end, it’s probably as tough a three points as we’ve earned so far.

“We’ve had to work really hard in other games, but we had to work extremely hard today because that was a battle right throughout.”

McLaughlin named the same starting 11 from last weekend’s win over Dungannon Swifts after rotating in midweek.

His side forced the first opportunity after seven minutes through Joe Gormley. The striker turned with his back to goal and arrowed a low effort that looked to be destined for the bottom corner, but Conor Mitchell clawed the ball away and out to safety.

It was a frustrating half for the hosts as Warrenpoint Town made things extremely difficult. Just after the half-hour mark, the ball was deflected into the path of Chris Curran who shot straight at Mitchell.

The best chance of the half fell to Gormley on 37 minutes when a long ball released Gormley, but he steered his shot across the face of goal and inches past the far post.

Gormley linked up with Ryan Curran but couldn’t guide his shot home and in added time at the end of the half Levi Ives saw his drive from distance pushed behind by Mitchell with the resulting corner coming to nothing as the sides headed in at the interval with the game scoreless.

Cliftonville forced a couple of early corners at the beginning of the second half and almost broke the deadlock when Levi Ives’ perfect delivery from the left was acrobatically met by Kris Lowe whose attempt drew another save from Mitchell.

The Point ’keeper was single handily keeping his side the game, turning behind a snapshot from Chris Gallagher and he saved the blushes of defender Steven Ball before the hour-mark after Ball’s back header bounced over the ’keeper and forced him to rush and back and recover.

Ronan Doherty was next to try his luck with a stinging drive which Ben Mullan bravely threw himself into the path of and blocked.

With less than 20 minutes remaining, Levi Ives wound up for a shot that was into the side-netting and inches wide before the breakthrough finally arrived.

On 73 minutes, an Ives corner from the left was powerfully headed home by Ryan Curran to the delight of the Solitude faithful for his third goal of the season.

Warrenpoint Town threw more players forward in search of an equaliser and an opening arrived in injury-time through Kealan Dillon who flashed his effort over the bar as Paddy McLaughlin’s side held out for all three points. 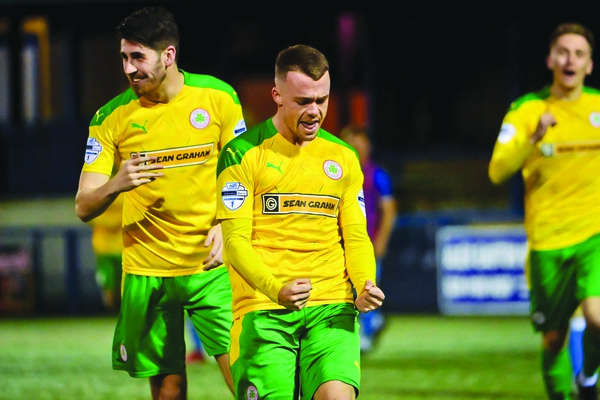 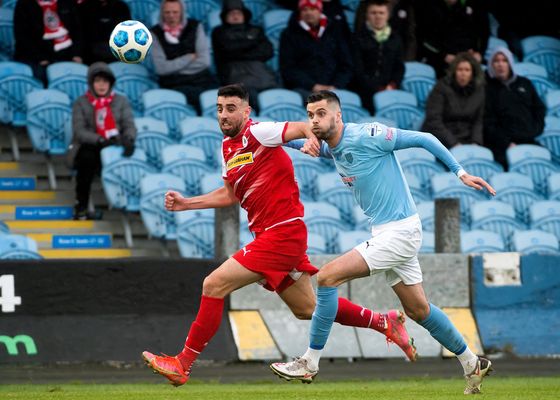