Nine years on from their London 2012 showdown, Katie Taylor and Natasha Jonas get set to reunite 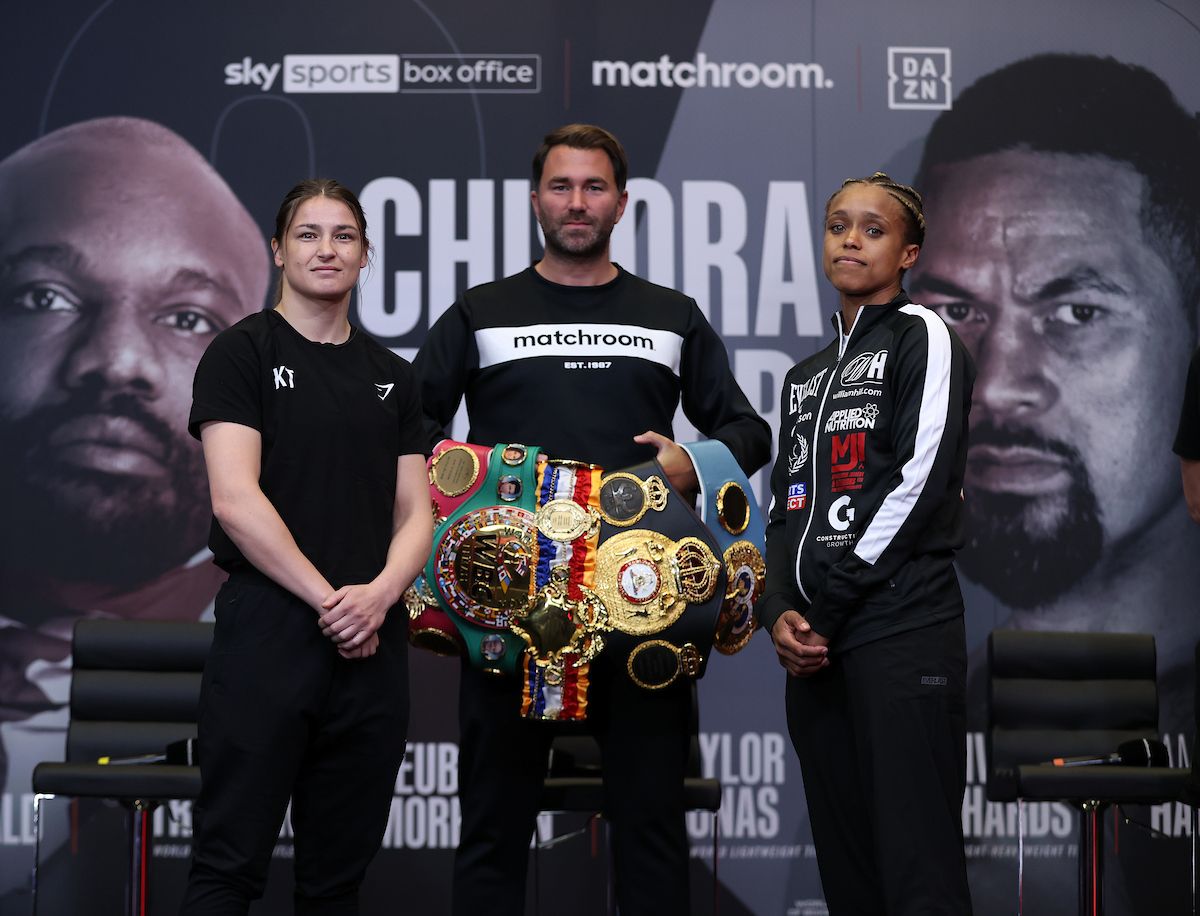 IT will be a little quieter in the Manchester Arena tomorrow night then it was in London's ExCeL back in 2012 when Katie Taylor and Natasha Jonas last met in the ring, but the narrative is quite similar as the Bray woman enter's as the undisputed lightweight king against the Liverpudlian plotting to upset the applecart (live on Sky Sports Box Office).

Their meeting in the quarter-final of the 2012 Olympics was one of those days that will go down in history as women's boxing was at long last given its place at the 'greatest show on Earth' and Taylor, the torchbearer for women's boxing at the Olympics, put on a performance to match to claim victory before going onto take the gold medal.

A frenzied atmosphere in the arena that day say both sets of supporters combine to record the loudest at any event of that summer's Games with the decibel level reaching 113.7.

That won't be the case in Manchester tomorrow with the return of fans still not permitted due to restrictions, but the stakes are just as high for both with Ireland's golden girl putting her undisputed lightweight credentials on the line.

"I've been asked a lot of questions about that fight in London and looking back, it was obviously a great moment for me," said Taylor this week.

"I don't remember much about the fight to be quite honest, but I just remember the atmosphere and the Irish fans breaking the decibel level in the arena that day. It was a fantastic week for me as I achieved a childhood dream.

"I would have had no idea that nine years later, we would be facing each other again in the pro ring but here we are.

"We have a history together as amateurs and face each other again in a pro ring on Saturday, so it's really exciting."

Taylor would score a 26-15 win over Jonas back in 2012 with the old amateur scoring system in place, but this is a very different scenario with the head-guards shed as they rematch in the professional arena.

There are more than subtle differences between pro and amateur boxing, so whilst the Bray woman reflects on her victory over the Liverpudlian with fondness, she is also aware that it counts for nothing once the opening bell goes tomorrow night.

"I think we're both very different fighters now from what we were back then, so that's why you can't draw too much from that fight in the Olympics," said the 34-year-old who has amassed a record of 17-0 and is considered pound-for-pound number one in women's boxing.

"We have both transformed into good pro fighters. Obviously, professional boxing is so much different to amateur so what works in one won't work in the other."

Jonas is two years Taylor's senior and is making her second crack at world honours in as many fights having been forced to settle for a draw in her challenge to WBC super-featherweight holder Terri Harper last August.

The Merseyside southpaw has just one defeat on here record, that a shock fourth-round loss to Viviane Obenauf - who Taylor defeated in her second outing - back in 2018, but has rebuilt well with her performance against Harper earning her a crack at all of the lightweight marbles tomorrow.

It has been a respectful build-up as expected although Jonas' trainer Joe Gallagher did try to turn up the heat earlier in the week by claiming the champion is vulnerable and has tipped his fighter for a stoppage win.

Taylor shrugged off these comments and insists that all that matters is what happens once the opening bell sounds.

"I don't think anyone can get under my skin to be honest," she countered.

"I'm not that type of person to be offended in any way. Regardless of what's been said before the fight, it will be settled on the actual night by the sweet science of boxing, not by what's being said before, so I'm just focussed on the actual fight itself."

Taylor has past experience of fighting southpaws earlier in her career, so facing a lefty in Jonas tomorrow is not a daunting prospect.

Always trusting the process, she has just worked on being the best version of herself for a fight that she enters as a strong favourite, but just like the meeting in London nine years ago, Jonas will be no pushover and Taylor says she is ready for whatever comes her way.

"My preparation hasn't changed much from fight-to-fight," she reports.

"The sparring partners change during the training camp, so I have had southpaw sparring over the past few months.

"I have fought a southpaw before, early in my pro career, but she was a late replacement so this is the first time I've had southpaw sparring in a camp. I feel in good shape and ready to go."