No prosecution of RUC men involved in August 1969 killings 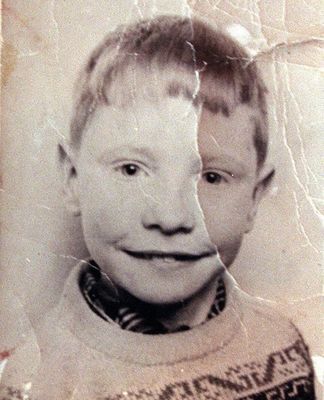 A decision not to prosecute former RUC officers over the deaths of three Catholic civilians at the start of the Troubles has been criticised by the brother of the first child to die during the conflict.

Patrick Rooney (nine) and Hugh McCabe (20) were both shot dead as the RUC fired into Divis Flats on the evening of August 15 1969 as police and loyalists attacked the lower Falls. Across the city in Ardoyne Samuel McLarnon (27) was shot dead as bullets were fired into the living room of his house in Herbert Street during a loyalist incursion into the area.

Today, Thursday, the Public Prosecution Service decided not to prosecute two former RUC officers in relation to the deaths of Patrick Rooney and Hugh McCabe. The officer believed to be involved in the Samuel McLarnon killing has since died.

Files containing the new evidence were gathered as part of Police Ombudsman investigations.

The PPS said the decisions were taken by applying the test for prosecution.

Nine-year-old Patrick Rooney was taking cover with his family at his home at St Brendan’s Path, Divis Flats when he was struck on the head by a tracer bullet fired from a Browning machine gun which was mounted on a Shorland armoured car.

Reacting to the news that there would be no prosecution in relation to his brother’s death, Con Rooney, said: “The RUC has literally gotten away with the murder of a nine-year-old child. Thirteen homes in the Divis Flats were shot up that night yet not one officer had the courage to admit to this, even when ballistics evidence and witnesses proved their accounts were false.

“I am very disappointed for my family, in particular my mother and late father who campaigned tirelessly for justice for Patrick.”

Fearghal Shiels of Madden & Finucane said the law firm will press ahead with separate civil proceedings against the Chief Constable.

The family of Samuel McLarnon were informed by the PPS that a forensic scientist reviewed the original pathology findings into his death and concluded that Mr McLarnon was “more likely” shot dead by a police officer (now deceased) firing directly into his home.

Family solicitor Pádraig Ó Muirigh said: “Whilst the McLarnon family welcome the findings of the forensic review they are disappointed that there has been no prosecution in this case.

“The family will take some time to consider the detailed correspondence from PPS before commenting further on it.”

A spokesperson for victims’ group Relatives For Justice said: “Today’s news that due to passage of time there will be no prosecutions in the killings of three civilians by the RUC in 1969 is the price of justice delayed. It truly is justice denied.

“Today’s shame should motivate all actors, especially the British government to move immediately and implement mechanisms to deal with the past so no more families face this appalling vista.”