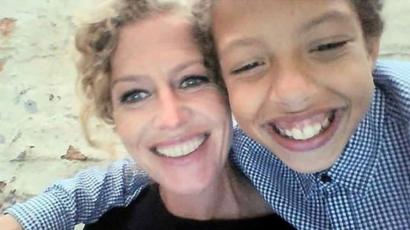 14-year-old Noah Donohoe went missing in Belfast on the evening of Sunday, June 21,  whilst cycling to meet friends. Six days after he disappeared, his body was found in a storm drain in the Shore Road area of the city.

Not long after, the PSNI stated that there was no foul play involved. There was very moving nationwide public sympathy in Northern Ireland for Fiona Donohoe, the mother of schoolboy Noah. In Belfast the public joined hands in solidarity with the family of Noah, it did not matter what district of the city one was from, people were united in grief and, more importantly, the slogan ‘’Justice for Noah became loud and clear. Posters and murals can be seen in various parts of Belfast and on digital media. People are asking, what happened to Noah? Is what we have been told by the Coroner’s office enough? Is it really the end of the story?

When Noah disappeared, there was very plausible concern in Black Belfast – the constituency or community of black and mixed-race people in the city. In America, less than a fortnight earlier, on May 25, George Perry Floyd Jr, an African American man, had been killed by the police after a store clerk had alleged that he had passed a counterfeit $20 bill in Minneapolis.

A white policeman named Derek Chauvin knelt on Floyd’s neck for a period that lasted eight minutes and 46 seconds while members of the public were begging the officer to stop, telling him that he was killing George. This sad event alone caused untold trauma and fear among black communities around the world, particularly where they are the minority.

Belfast was one of those places, Black Irish, or mixed-race people, citizens or residents, were themselves feeling the heavy hand of Chauvin. Then Noah happened. Coroner Joe McCrisken warned the public from making speculations about Noah’s death. We all know how important the job of a Coroner is. Families look up to them for official answers, yes, but they also have the right to show a concerned interest – of course not at the expense of the protocols involved, or the police, the Coroner’s office, judiciary and other stakeholders.

Speculation has its consequences because, foremost, it is the truth that people want. There is a mother who has a right to answers about her son’s disappearance and death. If the police and the Coroner’s office are serious about helping the family, they should not make an absolute about speculation. It would be a lie if we hypothesise that everyone sitting at home watching the news agreed with the Coroner.

When it comes to the police, as a state institution whose role is to protect property and lives among other things, they would get a slow-clap anyway because police in every society are perceived as them against us in the periphery. So, if in private people are building their own story of what they think happened to Noah and believe that police need to do a thorough investigation, why in a democracy is the public gagged from thinking? We also know that thinking in the digital age is represented in the social media. That discretion in the law that stopped Noah’s family, friends, the general public and the Black community from exercising the right to free speech is totally uncalled for.

Finally, we have seen many cases of misfortune and death where the public has not been gagged. This makes the black community think that Noah is/was treated differently by the authorities because he is a Black, mixed race boy. This is a very sad state of affairs and sounds like patching up a long quarrel without seeing the rights and wrongs, pretending that minority communities are not offended by these actions.

The Police Ombudsman should act on this matter with a lot of empathy to Noah’s mother Fiona and the larger community.

Elly Omondi Odhiambo is a Belfast-based Kenyan writer and healthcare worker. He can be contacted by email.