No evidence linking Noah's death with any other person, says Chief Coroner 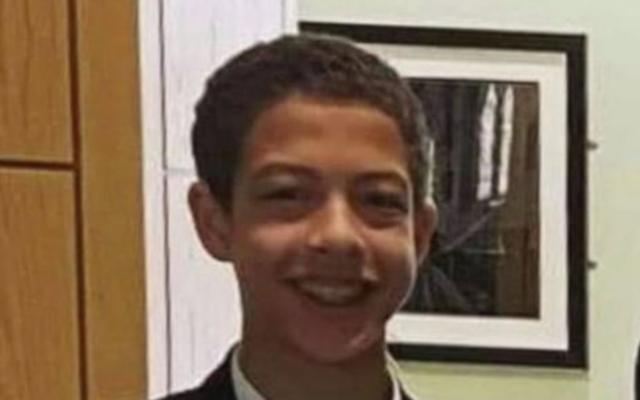 TRAGIC: The body of Noah Donohoe (14) was found in a storm drain in North Belfast, six days after he was reported missing.

AN inquest into the death of teenager Noah Donohoe will take place in January of next year.

At a preliminary hearing on Friday at Belfast Laganside Court, Chief Coroner Joe McCrisken set a date of January 18, 2021.

Noah’s mum, Fiona was present in the courtroom alongside her sister Niamh, Niall Murphy of KRW Law and Andrée Murphy from Relatives for Justice (RFJ).

The St Malachy’s College pupil (14) went missing in the north of the city on June 21. His body was discovered in a storm drain six days later.

A post-mortem examination found Noah died as a result of drowning and suffered no head injuries but at Friday’s hearing, the coroner stressed some results remain outstanding as he awaits the full post-mortem.

Chief Coroner Joe McCrisken said he was told by others Noah was “well-liked”, “fiercely intelligent” and “hugely talented”.

He noted there has been a “high volume” of speculation and comment since Noah’s death, particularly on social media and called for it to cease from today.

The coroner said such appeals to end speculation was at the respect of himself and Noah’s family.

In detailing some facts regarding the events of Sunday, June 21 when Noah was reported missing, the coroner now hoped they would dispel any rumours or speculation for good.

The coroner said police had completed a review of video footage from Noah’s journey to North Belfast and said he was not seen with anybody else.

He said there was no evidence linking Noah’s death to any other person.

Noah’s phone and laptop which have been found are still being examined.

It was revealed Noah fell from his bike outside the Grove Wellbeing Centre on the Shore Road.

The coroner then made an appeal to trace the whereabouts of some of Noah’s clothing which have not been found – a green overcoat, grey shorts (purchased in Primark), white underwear and a t-shirt with a light green and orange skull on the front.

He reiterated that rumours should stop from today and appealed for residents in the Northwood and wider Shore Road areas to check any CCTV footage they may have from Sunday, June 21 at around 6pm.

A second preliminary hearing to provide any further updates was scheduled for September 30.

In a statement through RFJ, Noah’s mum, Fiona said she hoped the inquest would help to answer "the outstanding questions of how Noah was in a state of undress and how he met his death in a storm drain".

Ms Donohoe also appealed for anyone with information to come forward.

"We specifically appeal to any householder in the Shore Road area who has CCTV in their homes to please keep the footage from 21 June, not to overwrite it and please share it with the PSNI, RFJ (Relatives for Justice) or KRW Law. This will be treated in confidence,

"Please do not engage in speculation or conspiracy. But any information is very welcome. Please contact: info@relativesforjustice or niallm@kevinrwinters.com.”