Now a robot is part of the script 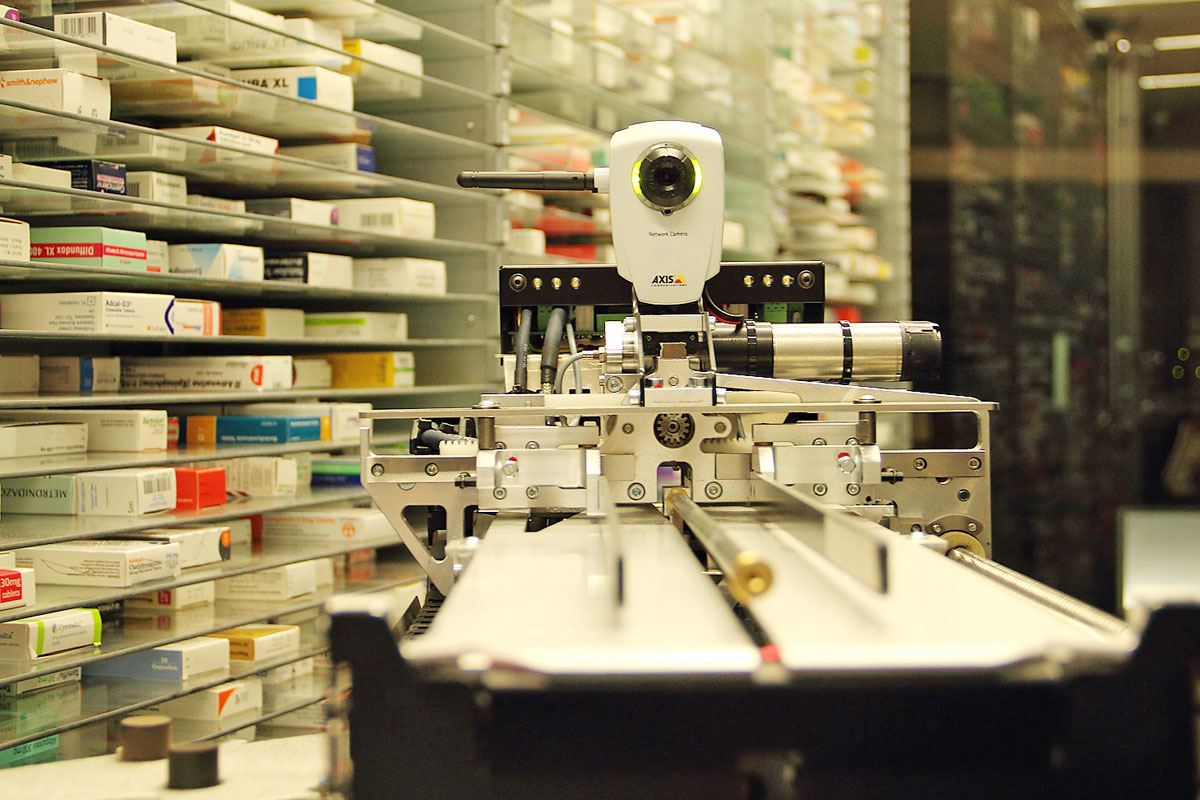 A NEW member of staff has been installed – quite literally – at a popular local chemist shop. Customers at the Woodbourne Pharmacy on the Stewartstown Road have been doing a double-take recently when peering over the counter at a new state-of-the-art pharmacy worker – a robot prescription dispenser.

It’s a first for West Belfast and one of only a tiny number in Ireland. Business development co-ordinator at the pharmacy, Matthew Armstrong, told the Andersonstown News that the robot is a welcome addition to the chemist’s team of hardworking staff, although he admits it’s not yet on the tea rota.

“The aim of getting the robot was to drive down queuing times here in the chemist shop,” said Matthew. “The robot works by scanning a prescription  before its robotic arm selects and then distributes the items  to the most convenient of three dispensary points.

“We haven’t got round to naming it yet, but it’s definitely proving a hit with the community, especially the children. Already the waiting time for people coming in to collect scripts  has decreased. It’s so slick people don’t even know it’s in there until they see it move,” he smiled.

Matthew explained how the robot dispenser is something of a multi-tasker.

“The robot can be loading up the next prescription and can  be dispensing and printing labels at the same time. It knows the size of every box of tablets and every bottle of medicine we have here and it has a level of intelligence that ensures that we have every confidence in it.

“It’s the first of its kind in West Belfast and we hope people will come in and take a look for themselves,” added Matthew.