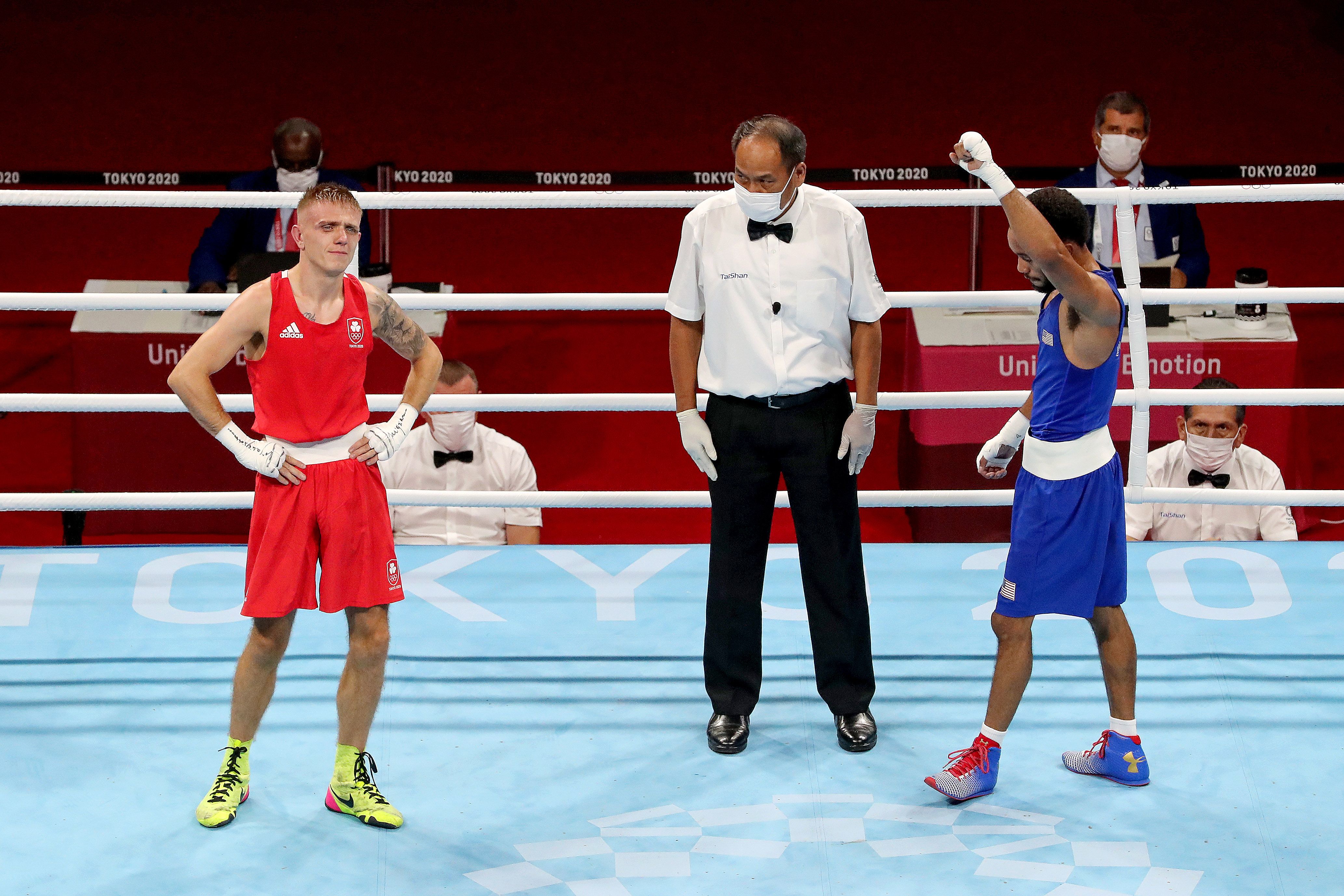 IT was the end of the Olympic road for Kurt Walker who came agonisingly short against USA's Duke Ragan in their quarter-final bout in the featherweight division this morning.

This was an intriguing battle before the opening bell as USA head coach, Billy Walsh,  attempted to mastermind a win over his home nation for the first time in major competition since making the switch in 2015 and just about got there in what became a highly competitive affair after Ragan flew out of the blocks.

Having defeated number one seed Mirazizbek Mitzakhalilov in the last 16, the Lisburn man entered the bout with high hopes, but didn't get the start he needed despite a fine recovery that saw him come within a whisker of completing the comeback.

"It's tough; it was a great fight but I pushed on too late, but I'm proud of myself," the Canal ABC man told RTE after.

"I won two rounds out of three but he had a great first round and that was it. It was so close. I beat the world champion (Mitzakhalilov in the last 16) despite being how inactive I was."

The hand speed of Ragan was apparent from the off despite the first minute seeing both men probe from out of range, but as the round passed the American began to get into a groove as he landed with combinations to the head and solidly downstairs to sweep the opening frame.

The Lisburn man looked a little tentative in the opener and ended the round with a previous scar from early battles over the right eye re-opening, but responded well in the second as he was much more aggressive and boxed beautifully. His movement and boxing was much better than Ragan who was not allowed to settle and despite dominating, was left chasing it going into the final round as just three of the five judges gave it his way.

The third saw both men throw everything at it and it was a little untidy with both holding their feet and trading. It almost resembled a pro fight with the American tying Walker up in what developed into a brawl and it was a tough round to call.

Walker just seemed to do enough in the stanza, but despite it being closer than the second, four of the five gave him the nod, yet the dissenting card proved to be crucial as Ragan edged over the line to reach the semi-final and claim bronze.

The slow start was the real killer as he left himself chasing the bout and the disappointed Lisburn man pondered what might have been, hinting at a switch to the pro ranks.

"I knew he was going to wait for me (to attack) and I knew I was going to push on, but I just did it a bit too late - that's the way it is," he reflected.

"I tried to find my distance and so was he, but he was just a bit sharper in the first.

"I showed people at home who only watch this once every four years (amateur boxing) how good I am and I think people will know my name after these Olympics.

Aidan Walsh was unable to contest his welterweight semi-final against Pat McCormack as an ankle injury sustained after his quarter-final victory against Merven Clair left the Belfast man unable to box.

The Monkstown ABC man had hoped the injury would have subsided enough by Sunday morning to allow him to compete for a place in the final, but it wasn't to be and the decision was made to withdraw.

While disappointed, the 24-year-old will reflect on an incredible Olympics as he returns home with bronze and his name in the history books.

“What Aidan did this week is an incredible achievement,” said Team Ireland Leader for Boxing, Bernard Dunne.

"His performance throughout the tournament has been outstanding. And it is great to see him write his name in the annals of Irish sport.

"Just over two years ago we selected Aidan for his first major championship, and over the past few months that potential that we had identified has grown and developed into a world class performance, that reflects greatly on the level of preparation he has put in ahead of these Games.”