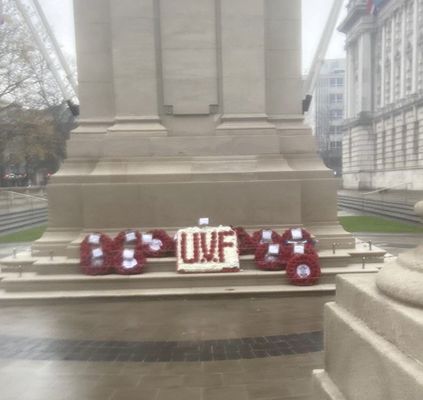 BELFAST City Council says its officials will meet with party group leaders this week to discuss the placing of a UVF wreath at the Cenotaph on Remembrance Sunday. And quite a wreath it was, too, now being one of the only three things on Earth visible from the moon, alongside the Great Wall of China and Jamie Bryson’s bald spot. Of course it’s right that moves are made to ensure that there’s no repeat next year and it is to be hoped that the promised discussions will ensure that that’s the case. But Squinter doesn’t think it’s a done deal by any means, because, let’s see now, what’s the best way to put this?... Well, unionism wasn’t a bit bothered by the wreath. There wasn’t a single person who advocates Our Precious Union® who spoke out to say that a tribute to an illegal loyalist paramilitary organisation has no place at official poppy commemorations. Far from it. When the story went up online the stock response from the loyal side of the aisle is that the Ulster Volunteer Force fought in World War I and UVF members died in their thousands. That claim is what is known in Ulster-Scots as complete balls. UVF members who fought in the war signed up to the 36th (Ulster) Division and died as British soldiers in a British regiment. Same happened with the Irish Volunteers who, at the urging of John Redmond, flocked to their death by joining the 10th (Irish) Division and the 16th (Irish) Division. Which means that the UVF wreath should read 36th (Ulster) Division, which would not only be accurate, but would be much less offensive to the families of the many Catholics who were killed by the, ah, UVF. One bloke got back to Squinter and observed: “Basic knowledge of history would know the correlation between the UVF and WWI. Putting the words ‘36th Ulster Division’ on the wreath is just a waste of money. Everyone knows which division is being remembered.” 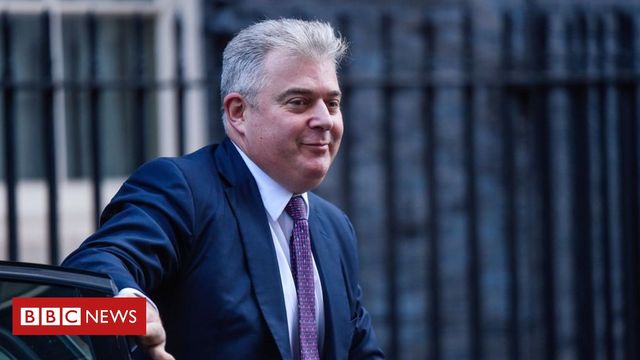 SQUINTER: In the end it’s the laughter that gets you

MOST people over the age of five recognise now that Brexit has not gone well for the United Kingdom. Even the blue passport and fish fanatics who are still determined to press on accept that the past four years have been an absolute disaster, though of course they point the finger of blame at the EU. Internationally, the reputation of Britain has taken a hammering as it has staggered from one missed deadline to the next, uttering empty threats, the substance of which is ‘If we stab ourselves in the neck you’re going to get spattered with blood.’ And the tearing-up of the solemnly-agreed Withdrawal Agreement (on which the Tories fought and won the December election) has made the British something of a pariah state when it comes to good faith and trust. Good luck to the Brits with signing trade deals with countries who are fully aware that the deal you spent three years making with the EU was torn up in a single House of Commons sentence (yes, Brandon Lewis, we’re looking at you). All of this is common coin and has been thoroughly litigated in recent weeks and months, but what’s not as widely acknowledged is the UK’s abandonment of its sense of self. Regardless of what we think of Britain’s, ah, colourful past, the British (or perhaps more accurately the English) always maintained a singular pride in their heritage and history; in their stiff upper-lip demeanour; in the reputation they believe they have forged for themselves for fair play. But the past couple of weeks must surely have prompted even the Daily Mail-reading retired home counties colonels to question what Brexit is doing to the English and their dignity. On October 15, Boris Johnson broke off talks with the EU and threatened to walk away with no deal. And the reason? Well, ‘They wouldn’t give us a Canada-style deal.’ (A Canada-style deal being a deal that removes most, but not all, of the tariffs on goods between the EU and Canada; negotiations started in 2007 and aren’t finished yet.)  It was an acutely embarrassing huff, and even if it was a crude tactic designed to spook the EU, it came at a heavy cost in reputation and dignity, particularly when No.10 told an EU delegation slated to visit London not to bother travelling. But if that was a case of reddeners all round, the debacle of the airport ‘e-gates’ was toe-curlingly juvenile. Boris Johnson (aka Dominic Cummings) is worried that Brits having to queue for  hours at European airports with other non-EU nationals may go a long way to convincing many of them that leaving the EU wasn’t a great idea after all. And so he demanded that the EU continue to let UK citizens use the fast-track e-gates after the transition period expires in the New Year. The EU told him to take himself off by the hand. Cue more Downing Street foot-stamping and more face-palming among EU negotiators. Because the refusal didn’t come because Britain can’t be allowed to have the benefits of club membership without paying the dues (eminently obvious though that is), it came because the UK never signed up to the Schengen Agreement, which effectively abolished border checks within Europe. The Schengen agreement would have to be rewritten in order that the Brits not be kept waiting. But the whining was deafening anyway, amplified by a Tory media that accused the EU of acting out of spite because it’s so spiteful that it’s incapable of understanding that anyone acts out of any other motive. The English have long been looked on askance in Europe, but they always took that on the chin in a kind of ‘no-one likes us, we don’t care’ soccer terraces way. But being unpopular is one thing, being a figure of fun is another thing entirely and Squinter’s not sure that the infamous exceptionalism of the English  makes them capable of dealing with that. ‘Everyone laughs at us, we don’t care’ doesn’t have the same stubborn disregard, does it? We’re told all of this is bringing us closer to ‘no deal’. But that ignores the fact that there is no such thing as a no-deal Brexit. Unless of course the Tories intend to stop trading for good with their 27 closest neighbours altogether. So what there would actually be is a walk away followed in short order by a tail-between-the-legs request for new talks. And the clown’s red nose will glow redder. 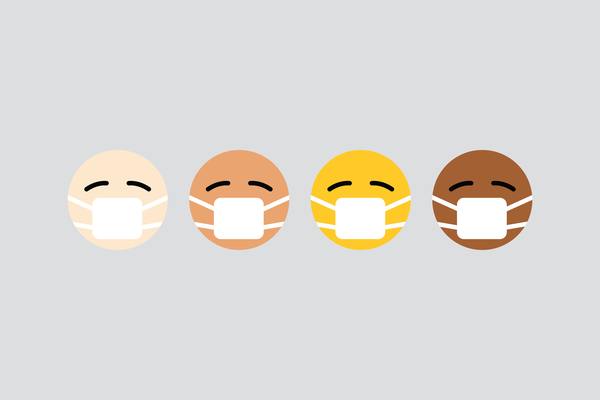 SQUINTER’S gonna be honest here: he thought long and hard about asking in last week’s column whether Covid-19’s eyes were too close together – or indeed what fut it kicked with.

Squinter: British badgers and sausages paint a picture (Plus that tea-making horror)

DURING an online discussion of how the United Kingdom’s political landscape has become so bleak, a correspondent suggested it all started with a question from a BBC journalist. 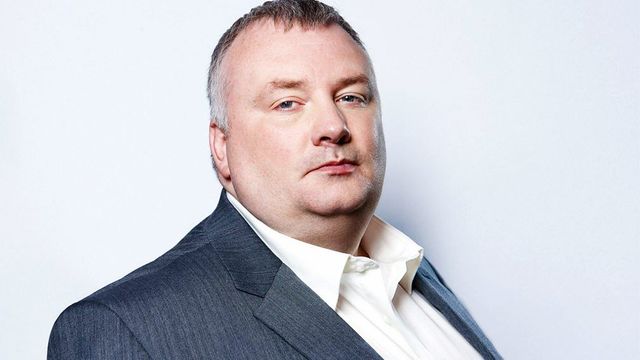 SQUINTER: Radio Blah Blah, why I called time on the Nolan white noise

WIRELESS devotees have just finished another one of their periodic fistfights over the pros and cons of Stephen Nolan’s morning show on Radio Ulster. 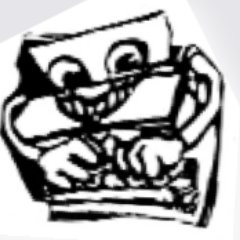 SQUINTER'S SIDEWAYS LOOK AT THE WEEK: Is this your car, sir? and other ways to 'embrace the spirit of Northern Ireland'

AS the Covid-19 crisis deepened and  Boris Johnson,  Dominic Cummings and certain members of our newly-reconvened Executive decided that a policy of letting eight people out of ten contract the coronavirus was not a good idea after all, it was time for a rethink. 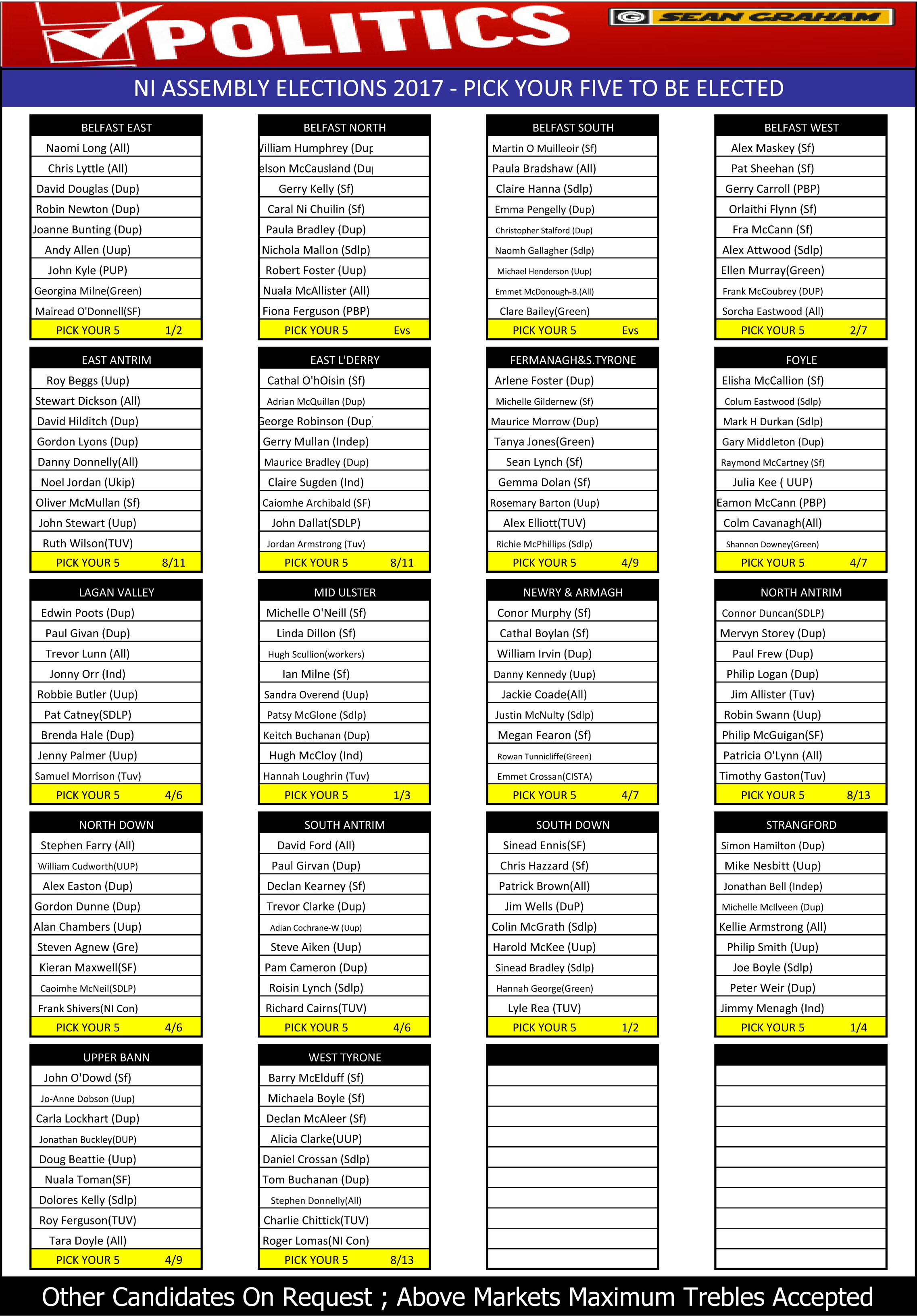 ALL elections are about using your loaf, as my oul’ da used to say, but never was that more true than in Thursday’s poll. 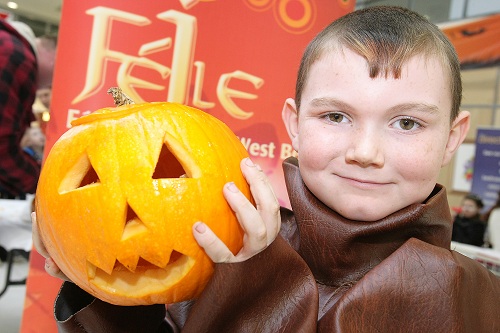 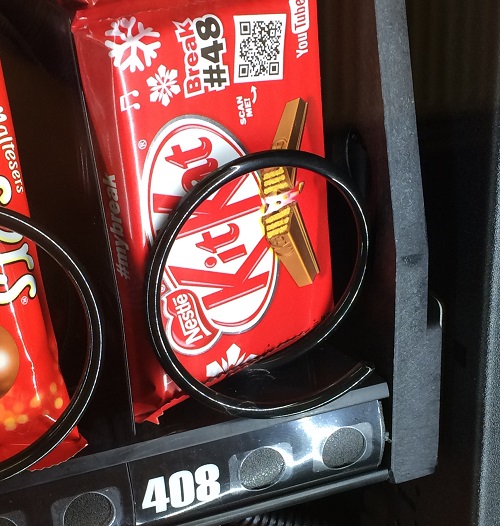 THOSE are snowflakes on the Kit Kats in the vending machines in the Andytown News kitchen, right? While it’s not exactly Santa with a Robin on his head sitting beside a blazing fire drinking egg-nog, it’s still a symbol of Christmas – Nestlé probably thinking that even for chocolate manufacturers,who make their hay not when it shines but when it snows, it’s a little early to go full Kris Kringle. 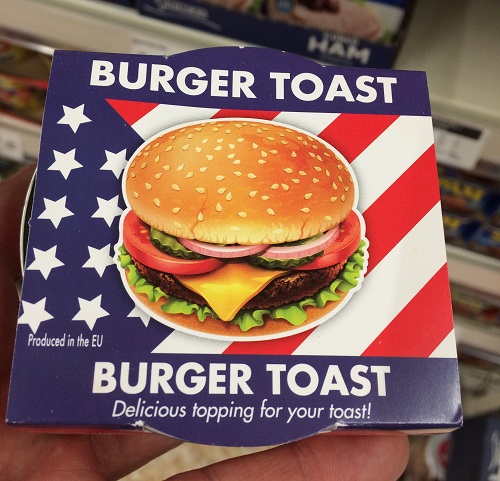 Numbers game should be played to the final whistle

MANY and varied were the words written about BBC Ulster’s poll last week on Irish unity. Personally, Squinter wanted to know whether this was the first time anybody had ever done a poll about whether anybody wanted a poll, but that question must sadly be set aside for later consideration. 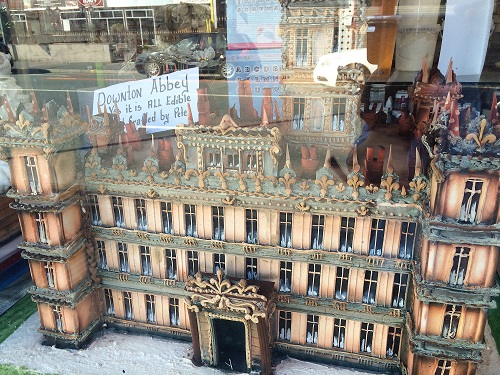 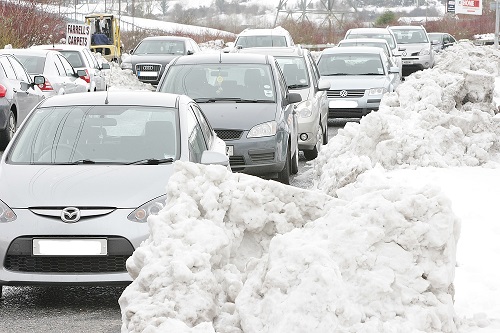 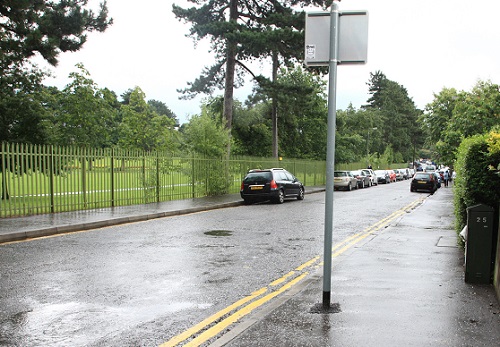