Payne urges Ulster to make up for Euro exit at Munster 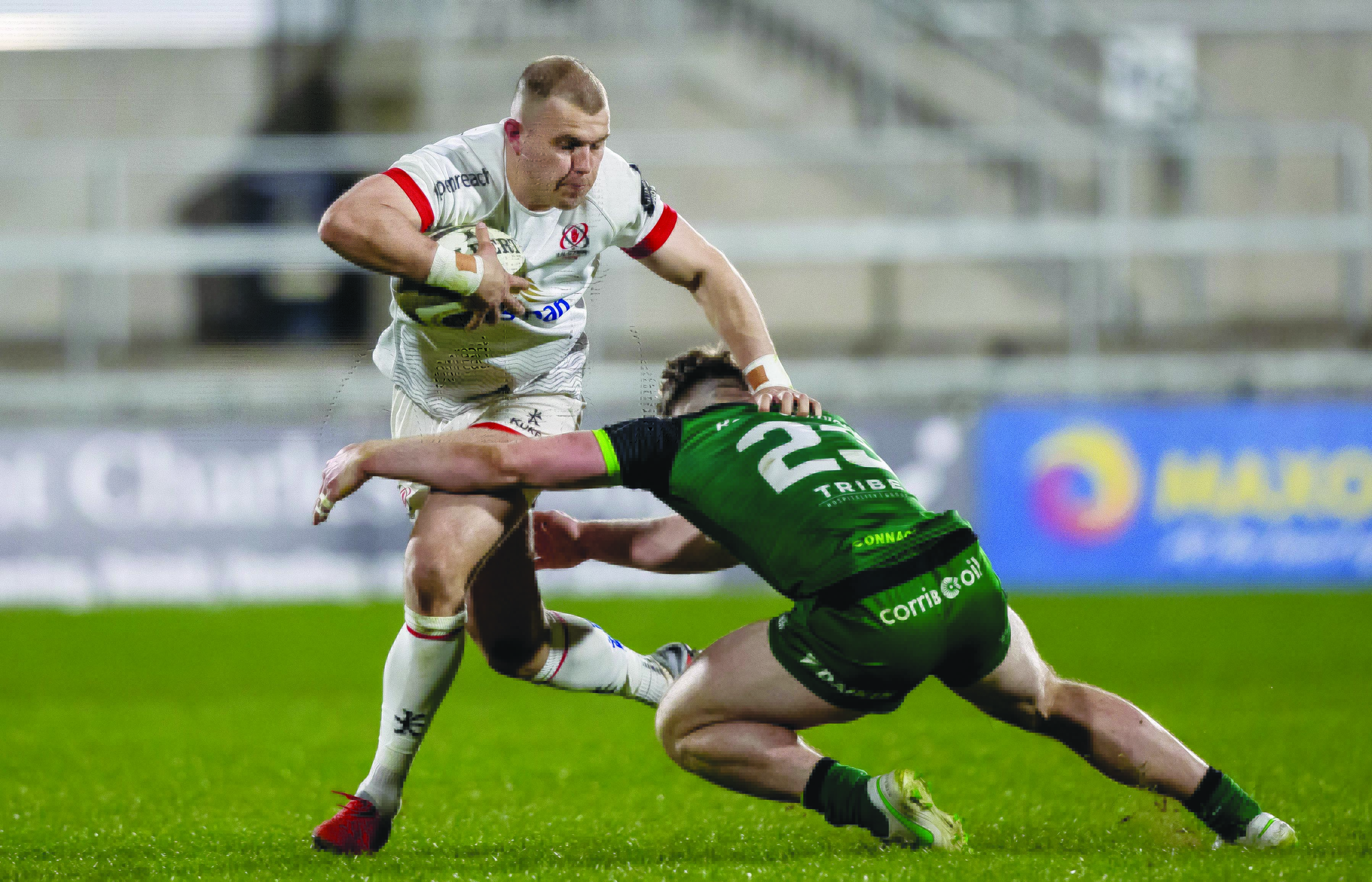 HAVING had their dreams of claiming the Challenge Cup dashed at Welford Road last Friday, Ulster will look to bounce back when they travel to Thomond Park to face Munster in their second PRO14 fixture on Friday evening (8.15pm, live on Eir Sport and deferred on TG4 at 10.30pm).

Dan McFarland’s side looked well placed to reach the final of the European competition when leading 17-6 at the break, but were stunned by a much-improved performance from the hosts who outscored them by 27-7 in the second period to reach the decider against Montpellier on May 21.

It was a crushing blow given how well the opening periods had gone, but there is no time to wallow in the defeat as they bid to get their Rainbow Cup campaign on track following their opening game defeat at home to Connacht.

Defence coach Jared Payne admitted it was a dejected group of players after Friday’s defeat, but says they must put it behind them or they will face a very difficult night in Limerick this week.

“It’s a big challenge so you can’t go down there half-hearted,” said the former Irish international on Tuesday.

“We spent yesterday and today trying to get everyone excited and up for the challenge that Munster in Thomond Park brings.

“If we don’t go there with the right mentality, it will be tough so how we start will be a big part of this week and the mindset we bring from the get-go will have to be on point.

“Going down to Munster, if you feel sorry for yourself going down, you are going into a world of hurt, so we put a bit of time into getting everyone back on the horse to get going again.

“Munster is a pretty formidable team, so we are going to have to front-up to some of their big ball carriers.

“They have some big units down there and we are going to have to take it to them. I think if you sit and wait for Munster, they will run over you so plenty of intent, plenty of energy early on and we’ll see where the game takes us.”

Ulster find themselves in a rather unusual position having lost back-to-back games for just the second time this season.

They bounced back from a pair of Champions Cup defeats in December by winning on the road at Connacht, so a similar challenge lies in store this week.

Munster impressed in their Rainbow Cup opener with a 27-3 win over Leinster at the RDS and will be full of confidence on home turf on Friday.

Another defeat would likely spell the end of Ulster’s hopes of securing a top-two place and a place in the Northern Hemisphere final, so there can be no margin for error and that challenge should inspire those who take the field this week.

“You play every game to compete and win,” Payne stressed.

“There is no rugby player that goes onto the pitch to lose, especially not here, so we will be going to put in a good performance and to win, so every game is a game in itself and hopefully we get some good performances.”

Ulster have made nine changes from the team that lost out last weekend with Will Addison making his first start of the season to partner Stuart McCloskey in the centre.

In the back three, Jacob Stockdale and Ethan McIlroy are retained at full-back and left-wing respectively, with Rob Lyttle coming in to start on the right.

It’s all-change in the front row, with Andrew Warwick and Tom O’Toole getting the nod at loosehead and tighthead prop, and John Andrew named at hooker.

Last week’s second row pairing of Alan O’Connor and Iain Henderson has been retained, and Henderson – who was yesterday selected for the Lions’ tour to South Africa - will lead the side.

In the back row, Marcus Rea is named to start at openside flanker with Jordi Murphy making the switch to blindside, and David McCann is selected at Number Eight.

Here is your Ulster team to face @MunsterRugby in Round 2️⃣ of the #GuinnessPRO14RainbowCup at Thomond Park tomorrow evening (8.15pm kick-off) ⤵️#MUNvULS #SUFTUM ⚪️🔴

“People will get opportunities,” Payne confirmed earlier this week.

“That’s part of rugby and there will be some guys who will get them and some will go again then we’ll see where we end up.

“This is a competition that we want to win. We want to win rugby games so regardless of who is selected at the weekend, they will be going down there to get a win.

“The guys who come in will be given the chance to fit into what we expect in the defence, but the general theme of the squad is for plenty of intent and we’ll see where that takes us.”