Pétanque Falls the latest to take boules by the horns 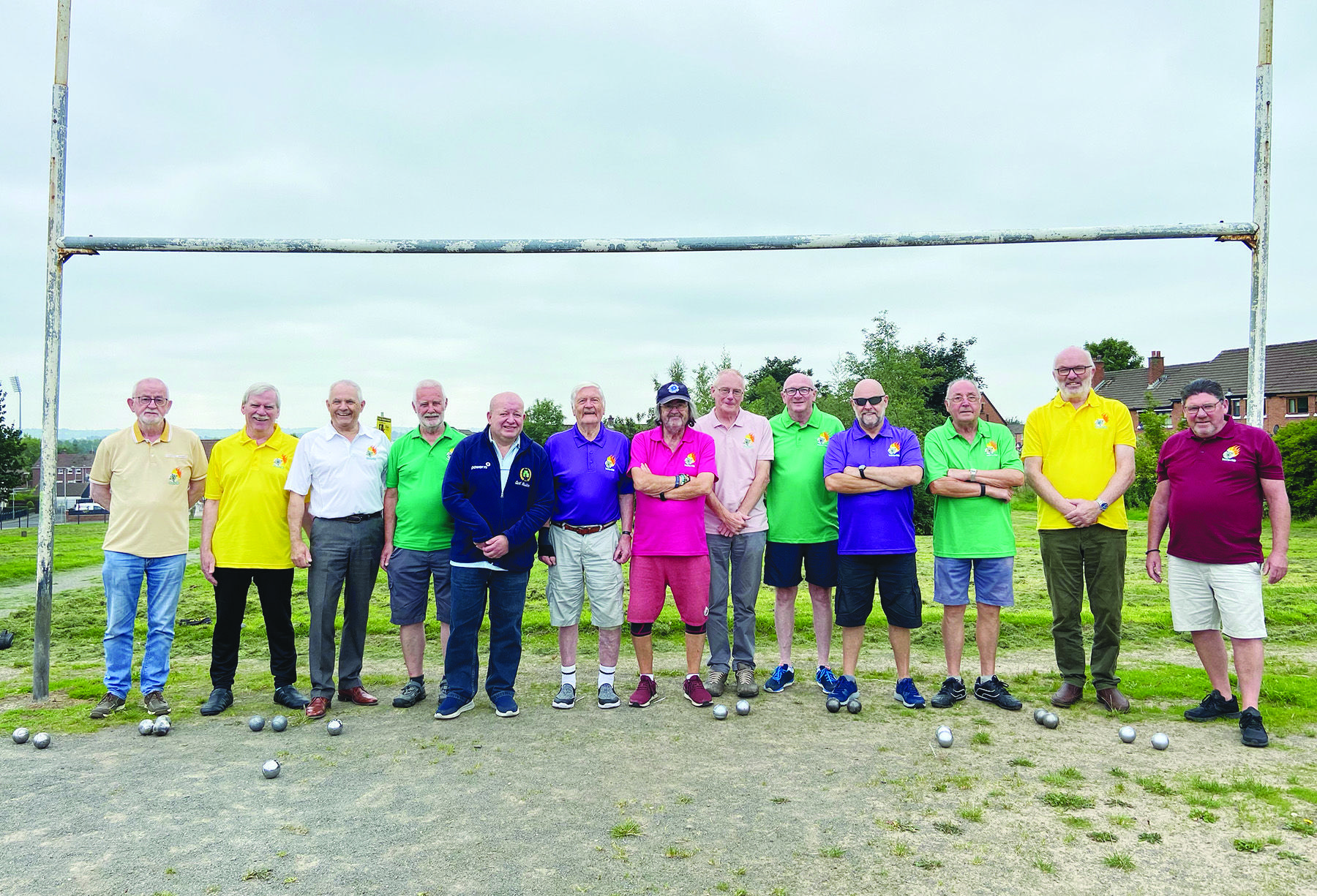 WHEN most think of outdoor bowls, the first image is of the lawn variety that is most common in this part of the world, yet in European countries, it means something completely different.

Italy has its bocce and France its boules, all falling under the banner of pétanque that translates as ‘foot planted’ - in contrast to road bowls the is popular in places such as Armagh and Cork - and this variation has begun to grow in popularity in Belfast and beyond with Belfast City Council announcing it’s to develop its own boules court.

Already, some clubs have sprung up in the city with the latest emerging out of Falls Bowling Club.

Pétanque Falls - not an official section of the club just yet - began in November when members who would usually exit the greens and head to indoor halls for their winter bowls fix found themselves locked out due to restrictions, so some fresh thinking was required.

Paul Anthony was president of Falls Bowling Club at the time and he had an idea. Having had a taste for pétanque from playing on holiday and acquiring a set of boules, he and other club members turned to this particular bowling code as it was conducive to outdoor play and last November, the old tennis courts at Falls became a makeshift pétanque piste.

However, the surface was not quite right and after a couple of venue switches, they have found a temporary home on South Link’s all-weather pitches where between 12 and 14 pétanque enthusiasts meet each Friday from 12pm-2.30pm to sharpen their skills ahead of what they hoe is a return to their home club when a facility is developed for them in the near future.

“I was president (of Falls) at the time and normally in winter, there is indoor bowls, but because of lockdown we couldn’t get in,” Paul explained.

“I had an old set so we went outside and got an area levelled at the club just with bark on it and started playing there. It wasn’t really suitable in the winter as it got very wet, so we went over to the House of Sport at the old tennis courts, but then one of the directors was walking past here (South Link) and noticed it’s a proper surface, so we have been here since February.

“We are waiting on our own piste (at Falls) and the directors have promised us a piste of our own, so that could be finished in a couple of months.”

The club ideally requires four pistes because as Paul explained, most clubs in Ireland play from the back of cars, but they have the facilities available and he hopes the can develop the premier pétanque facility in Ireland.

“Everybody has seen the coloured bowls that you would play boules with and have maybe played on holiday,” he continued.

The Falls club have enjoyed the support of fellow pétanque enthusiasts including those at Ormeau Pétanque Club who provided their first opposition in a match, with the Falls newcomers coming up short.

However, they are an ambitious group and this Saturday (September 11), members of Pétanque Falls will travel to Dublin to take part in the Irish trials where they will be watched by adjudicators and selectors to find those who will represent Ireland at the Celtic Challenge in Glasgow next March - an annual competition between Ireland, Scotland and Wales.

“We’re not great and I’m not expecting us to do exceptionally well, but we’ll go down for the experience and maybe get an international in the club,” said Paul, who revealed he once represented Ireland in tiddlywinks in his student days.

“There are nine of us going down, plus five supporters, which is a big event for us. After that we are playing in the Downpatrick Open.”

As for the sport itself: most will be familiar with the objective as it’s not dissimilar to most variations of bows with the idea to get your ball as close to the jack as possible.

There are tactics, of course, with some players on each team of three bringing their own skills to the piste in order to help their team win the 13 ends that secures the match.

“There is a fair amount of skill involved,” added Paul.

“Teams are made up with three players who have two boules each and the objective is for each player to go in turn to get as close to the jack as possible. This continues until one team has won 13 ends.

“Each team will have players who are considered ‘pointers’ or ‘shooters’. The pointer is one whose job it is to get the boule as close to the jack as possible, while the shooter’s job is to remove the closest opposition boule away from the jack to make room.”

This is a sport that does seem to be growing and the sight of a more continental version of bowls is set to become much more common.