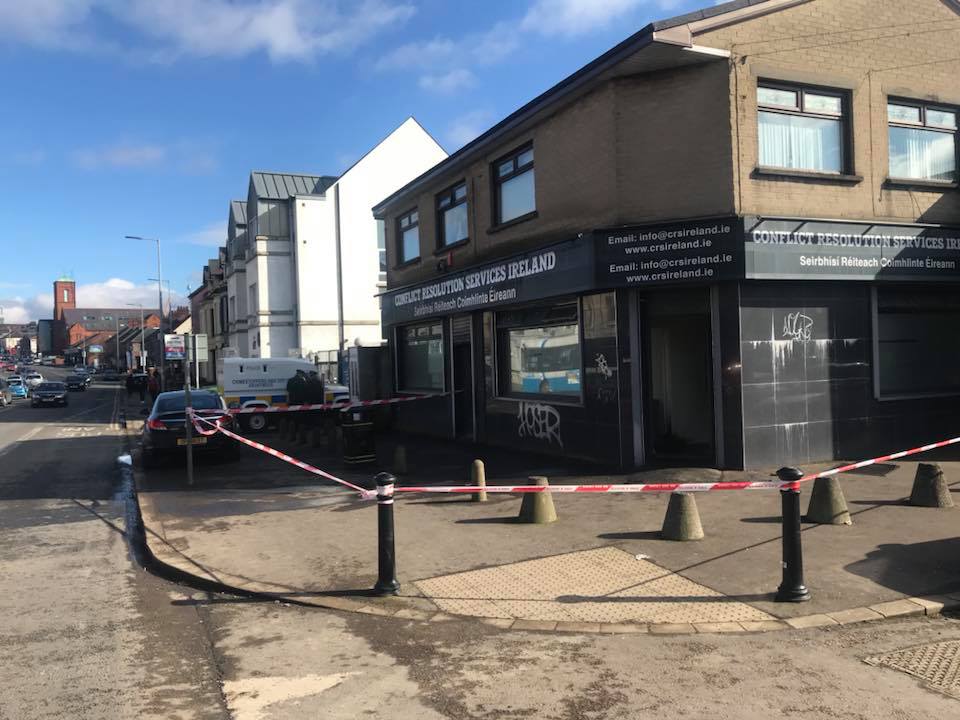 ATTACK: Police believe a petrol bomb type device was thrown into the doorway of the building

POLICE are investigating a petrol bomb attack at a restorative justice office on the Falls Road yesterday afternoon.
The incident occurred around mid-day at the Conflict Resolution Services Ireland (CRSI) building, opposite Ard na Va.
A number of staff were inside the building at the time but managed to escape unharmed.
The Northern Ireland Fire and Rescue Service were called to the scene and managed to extinguish the ‘small’ fire with the spokesperson adding that the cause of the fire “appears to be deliberate”.
Police carried out a forensic examination of the scene and a number of items were recovered. Detective Inspector Stephen Harvey urged anyone with information to contact police adding: “Early indications are that a petrol bomb type device has been thrown at the doorway of a building causing some damage to the door and hallway.
“I would ask anyone who has any information which could assist us with our investigation to contact detectives at Musgrave Street station on 101 quoting reference number 532 of 08/03/18, or Crimestoppers anonymously on 0800 555 111.”