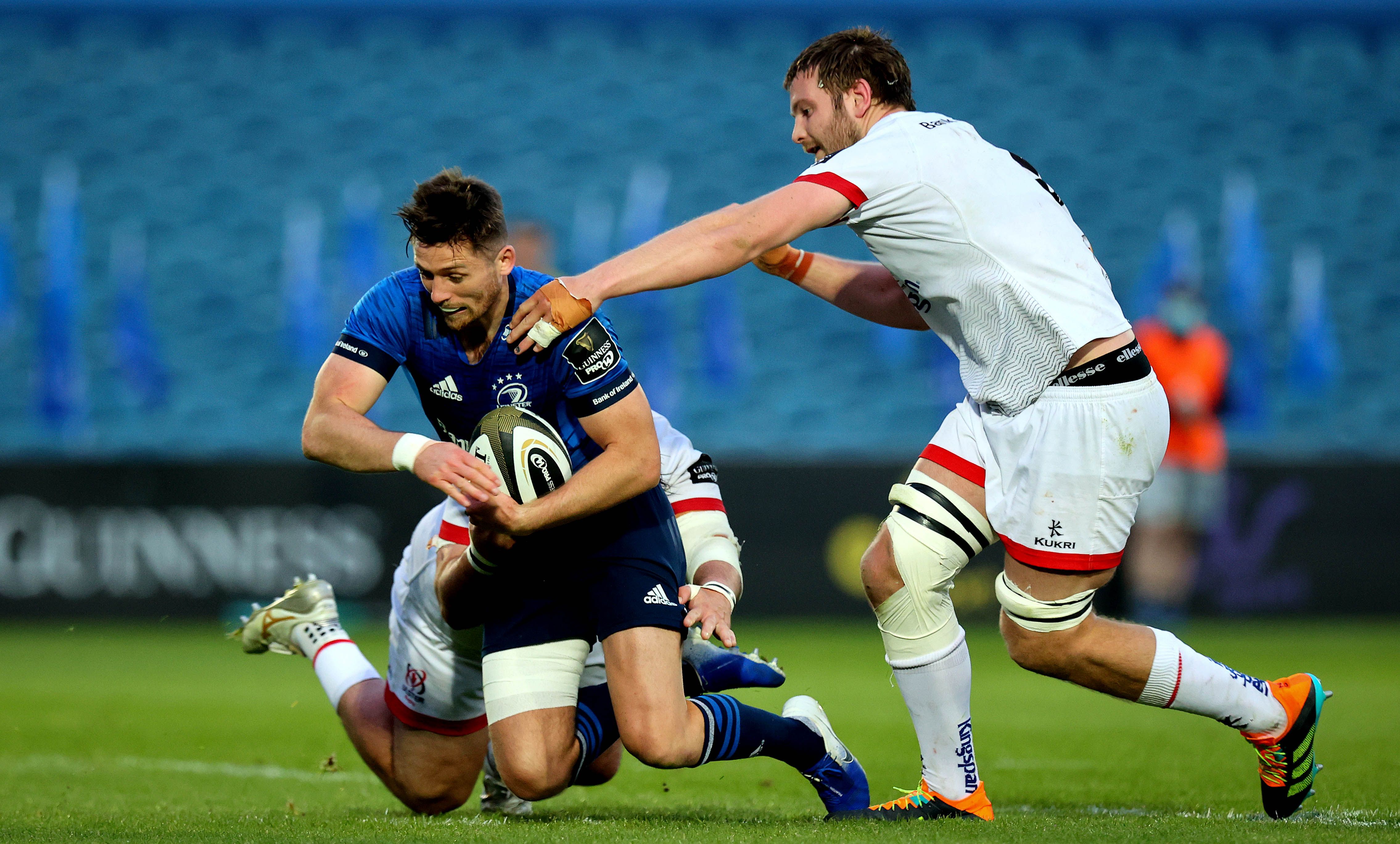 Ulster's produced a good performance in defeat to Leinster three weeks ago, but an outbreak of Covid-19 in the squad means they haven't played since that game in the RDS INPHO

IT is the final game of a long season for Ulster on Saturday when they travel to Murrayfield to take on Edinburgh in their final Rainbow Cup game (5.15pm, live on Premier Sport).

At one stage, this season looked full of promise but a home defeat to Leinster at the beginning of March ended their PRO14 hopes, while they came unstuck at Leicester in the semi-final of the European Challenge Cup.

It would be fair to say the Rainbow Cup hasn’t quite caught the imagination, but three inter-pro defeats left them bottom of the pile and lout of contention, with matters unravelling further with the cancellation of last Saturday’s game against Scarlets due to four players testing positive for Covid-19.

Add in a host of injuries to key players and McFarland admits his squad is “threadbare” heading to Scotland although a decision will be made on those close contacts whose 10-day isolation period is now up.

“We’ve got the four guys who tested positive, and they are all well,” reports the Ulster Head Coach.

“Then we have nine guys who are close contacts, and we had another round of testing where we all tested negative, so fingers crossed.

“It means we are down to the bare bones in training, but so long as we keep testing negative, we’ll be good to go at the weekend.

“Guys who tested positive won’t play. The guys who were close contacts have to go through the protocols of 10-days of isolation will finish before the Edinburgh game.

“Whether it is practical or not to play is a decision we have to make.”

With John Cooney (neck), Luke Marshall (knee), Jack McGrath (hip), Eric O’Sullivan (shoulder), Jacob Stockdale (shoulder), Ethan McIlroy (hip) and Cormac Izuchukwu (knee) all missing due to injury on top of those unavailable due to Covid, it will be an opportunity for those available to sign off on a good note and give the coaching staff something to think about over the summer months.

There are seven changes from that 21-17 defeat against Leinster as Rob Lyttle and Matt Faddes come into the starting back three at full-back and on the right wing, while Craig Gilroy is retained on the left.

Stuart McCloskey and James Hume will form the midfield partnership, and Ian Madigan comes in to start at out-half alongside David Shanahan who retains his starting berth at scrum-half.

In the pack, Kyle McCall comes in to start at loosehead and Adam McBurney is named at hooker. Marty Moore retains his place at tighthead. Iain Henderson will lead the side and is joined in the second row by Alan O’Connor.

Brothers Matty and Marcus Rea will start at blindside and openside flanker respectively, with Nick Timoney lining out at Number Eight.

Ulster’s defeat at the RDS three weeks ago was certainly their best display of the competition and therefore it was a disappointment they didn’t get the chance to complete their home fixtures on a winning note.

“It was disappointing not to play against Scarlets because against Leinster, albeit we lost, we played some really good rugby in that game,” added McFarland.

“I was really looking forward to backing that up but now we’ve had a little bit of a break and the team will change around a bit, so other guys will get a chance to put their hand up as far as our style of play and what we’re about.”