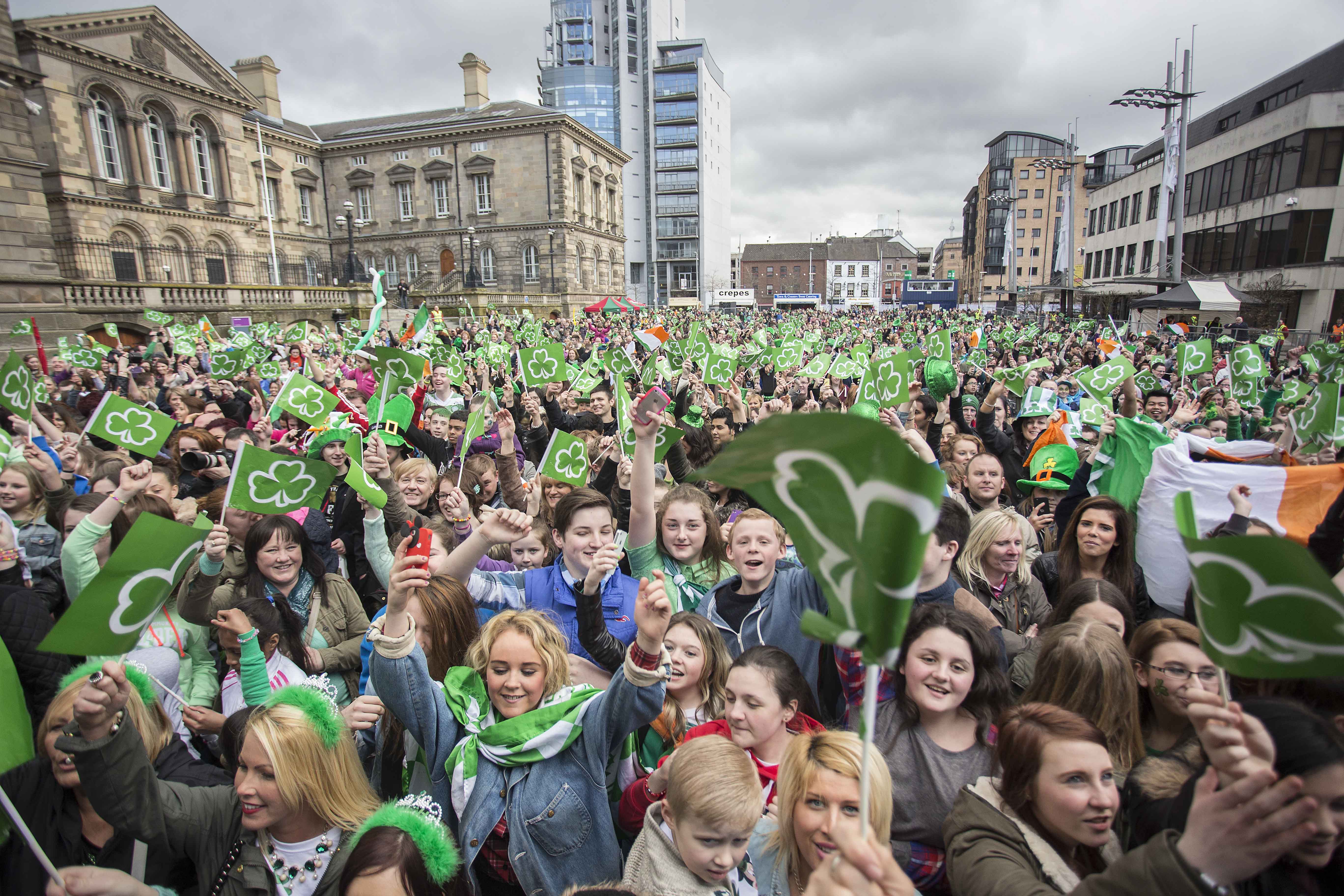 The leader of the largest party on Belfast City Council says he will oppose plans to cut funding for the annual St Patrick’s Day concert at Custom House Square.
Sinn Féin’s Jim McVeigh said the proposal to be heard at the council’s Growth and Regeneration Committee would harm the city and they should in fact be increasing funding for the event.
Under the proposals, the parade would go ahead but the concert will be scrapped.
Council officers say the crowds attending the Custom House Square gig have become too large and are creating a potential heath and safety issue.
“Over the last eleven years, both events have been staged to mark the Bank Holiday, with a city centre audience in excess of 20,000. However, the capacity to host the concert, at Custom House Square, has become an issue of concern in the last number of years,” says City Hall.
“The key is the number of people trying to access the concert site after the parade, with significant congestion and safety issues at the intersection of High Street, Victoria Street and Queen’s Square/Custom House Square.
“It is expected that the level of congestion will increase significantly given that the 2018 event will be staged on a Saturday. In addition to this, it is notable that after the initial influx, audience numbers tend to fluctuate, particularly depending on the weather. Therefore, for 2018, and subject to the Council’s Events and Festival strategic review, Officers are seeking approval to expand the parade element of St Patrick’s Day.”
Cllr McVeigh said, “This Wednesday at Belfast City Council’s Growth and Regeneration Committee, Sinn Féin will make clear our opposition to any attempt by Belfast City Council to cancel the annual Saint Patrick’s Day concert in the city centre.
“What we will be proposing is that additional resources are allocated to the Saint Patrick’s Day festivities and that a new strategy for developing and expanding the festival is implemented.
“Belfast is Ireland’s second city. The City Council should be working to make our Saint Patrick’s Day festivities even bigger and better and aim to attract an increased number of tourists to enjoy this fantastic worldwide celebration here on our own shores.
“If other cities around the world can have a spectacular Saint Patrick’s Day festival then so can Belfast, and that should be the Council’s aim, not the cancelling of the concert.”