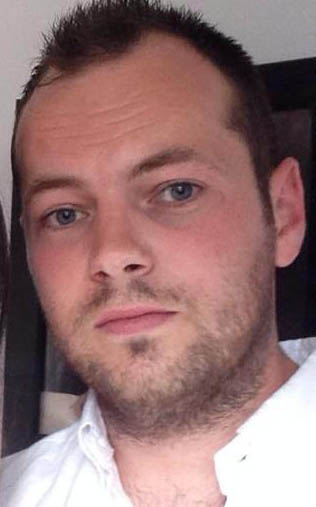 Police in Belfast are continuing to appeal for witnesses following the murder of a father-of-two in Belfast city centre in the early hours of Sunday.

31-year-old Paul McCready from North Belfast died in hospital from injuries sustained in the altercation on Donegall Street at around 12.50am.

A 30-year-old man who was arrested at the scene remains in custody.

Detective Chief Inspector Geoffrey Boyce said: “We know that a large number of people were in the vicinity of the Donegall Street/Waring Street junction at around the time this incident took place.

“I would appeal to those people who haven’t yet got in touch with the investigation team to please do so. We are keen to gather as much information as possible about the circumstances and events that occurred here early on Sunday morning.

“Investigators can be contacted by calling 101 and quoting reference number 94 of 02/04/17. If someone would prefer to provide information without leaving their name they can contact the Crimestoppers charity on 0800 555 111.”

North Belfast Sinn Féin MLA Carál Ní Chuilín has said the death has shocked the local community. She said: "The death of a 31-year-old-man following an altercation close to Donegall Street in Belfast city centre has shocked local people.

"My thoughts and sympathies are with the family of this man at this time. I would appeal for anyone with information on this incident to come forward and contact the police."

SDLP North Belfast Councillor Paul McCusker has described the death as a tragedy that has shocked the local community and he urged anyone who witnessed the altercation in the Donegall Street area to help police with their murder investigation.

He said: “My thoughts and prayers are first and foremost with Paul McCready’s family and friends at this very difficult time. I know the community will support them in the days and weeks ahead.

“This is a terrible tragedy. I’ve been speaking to people who knew Paul today and everyone is deeply shocked.

“I would urge anyone who witnessed the altercation in the Donegall Street area of the city to come forward and help police with their investigation.”