Reds determined to arrest their decline against Ports 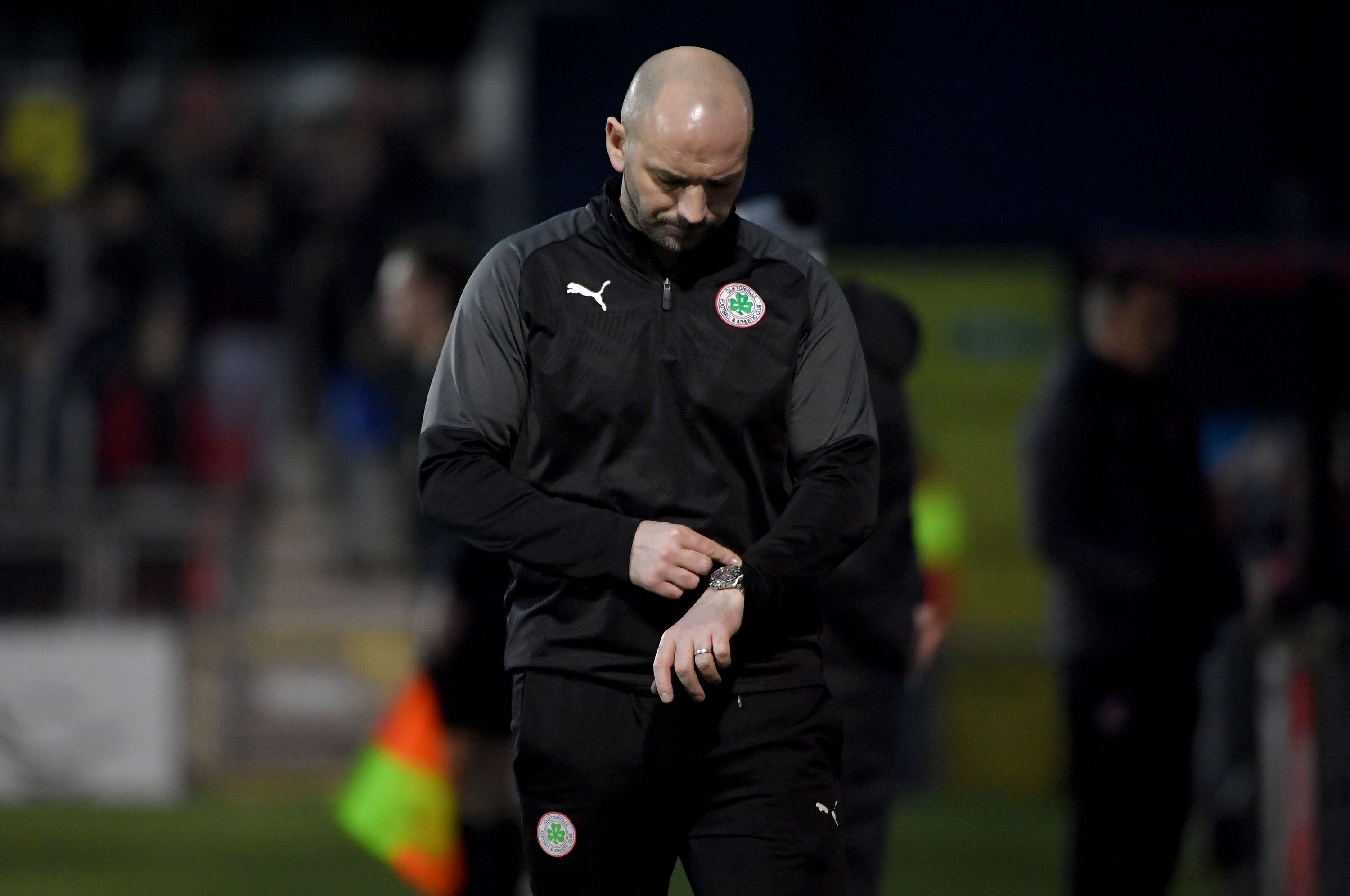 Cliftonville manager Paddy McLaughlin insists that Portadown have nothing to lose when visit North Belfast on Saturday afternoon, looking to pile further misery on the Reds.

Matthew Tipton’s Ports are without a game in just over two weeks following a period of self-isolation and travel to Solitude hoping to get their campaign back on track against the faulty hosts who are hoping to avoid a fourth successive league defeat.

McLaughlin feels the Ports will fancy their chances but has called on side to get back to basics after their recent slump in results.

“Any team that comes up have nothing to lose,” McLaughlin stressed.

“Portadown will come up and see the results for the last while that have gone against us and they’ll probably fancy getting a result themselves. We have to be wary of that.

“They’ve got a young squad and they try to play good football. We’ve got to be prepared for another tough game and almost get back to basics ourselves. If the team is working hard off the ball and working hard on it then we’ll be more creative in the final third.

“Our attacking play hasn’t been great and we’ve got to work on it and create more chances for our front men and when the chances come, we’ve got to take them and be ruthless in front of goal.

“We’re lacking that at the minute, but right across the pitch we’ve got to improve. It should be a good game and hopefully we’ll be back on track on Saturday.”

The Reds go into the encounter off the back of three successive league defeats, the latest of 4-0 trouncing at home to Ballymena United on Tuesday evening.

McLaughlin didn’t see the result coming and acknowledged his side need to quickly snap out of their slump.

“I know the result on Saturday was bad and to lose it so late, but the work-rate and intensity of our play was excellent and the way we kept our shape. That was the positive we took away from Saturday and going into Tuesday night's game, we thought if we did something similar, created for in the final third, then we would have come away with a win.

“I don’t think any of that happened, and a couple of goals we gave away were frustrating.

“There were a couple of deflected shots, a free-kick and penalty and a goal late on. It was a comprehensive win for Ballymena and it was a poor performance and result from us.

“Everything we were hoping to carry through from Saturday's game to go into Tuesday wasn’t there. We failed to score and failed to create too many chances as well. We’re on a poor run at the minute and we’ve got to snap out of it very quickly.”

McLaughlin revealed that confidence is low following Tuesday's defeat and insists it is up to him to try and motivate the players, who he has challenged to roll up their sleeves and get back to winning ways.

“Confidence at the minute is really down and the heads have probably went down a wee bit, so it’s my job to get them back and get the heads up and looking forward to playing football,” he insists.

“At the minute we’re playing with a lot of burden on our shoulders - we should enjoy playing football and for the club.

“There is a key factor with a lot of supporters not being there. They play a massive role in lifting the players; it’s a big help for the players and takes away from me having to motivate the players when the fans are behind them, but it’s the same for all sides and we’ve got to motivate ourselves and we’re lacking in it at the minute.

“Whether it is an arm around the shoulder or a kick in the backside, whatever we feel is necessary for an individual - if it helps them get their head up we’ll do it.

“Sometimes to be successful you’ve got to suffer to appreciate the good times. I think a lot of the players and fans are suffering at the minute watching their team getting beat. It’s not nice and sometimes you’ve to go through spells like this to appreciate what you’ve got going and the good times that we’ve had at the club. It’s a harsh lesson that we’re going through at the minute and hopefully it will be worth it down the line.

“We’ve got to meet them demands because if you can’t, you’re going to struggle to be at the club for any length of time. We need to man up and roll our sleeves up as a group.”