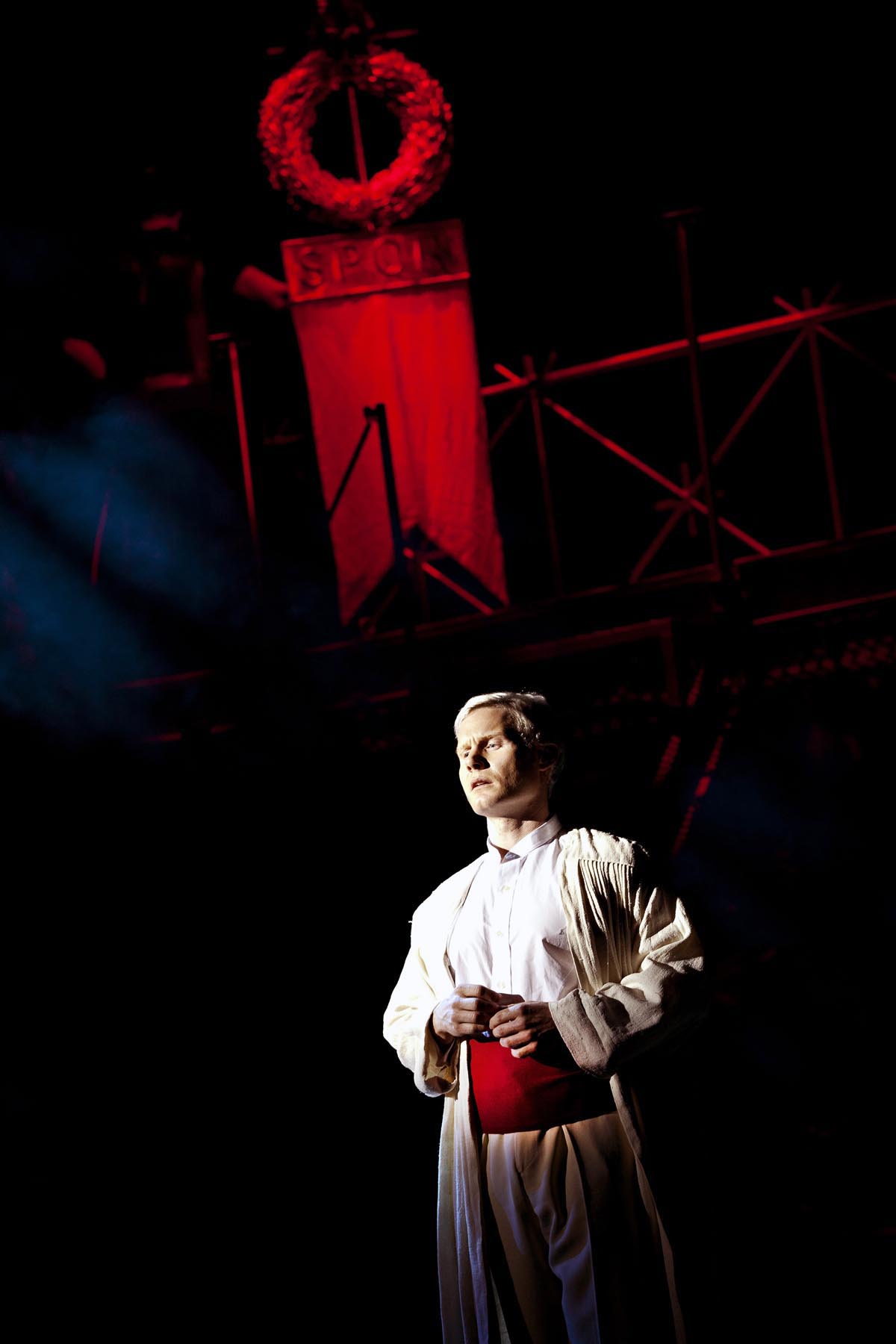 “IT’S the best love story in the world,” says former X Factor star and classical music titan Rhydian Roberts of Jesus Christ Superstar, which is set to wow theatre audiences during its Grand Opera House run until the end of February.
In between rehearsals the Welsh Baritone told the Andersonstown News that he was thrilled to be involved and asked to be part of the global phenomenon that has been touring since 1971.
Composed by Tim Rice and Andrew Lloyd Webber, the famed rock opera tells the story of the last seven days in the life of Jesus Christ through a groundbreaking score of legendary songs including Gethsemane, I Don’t Know How To Love Him and the stand-out Jesus Christ Superstar.
Rhydian explained how he is playing the role of Pontius Pilate, “a cameo role really, but a very important cameo role.”
He went on: “The tour kicked off at the start of the year and we just finished a run at Dublin’s Bord Gáis Energy Theatre. We started in London and then went to my home town of Cardiff. Audiences seem to be receiving it really well which is good and I think it’s justified. We’ve got Glen Carter reprising the role of Jesus. He has performed the part on Broadway, the West End and in the film from ten years ago. We’ve got Tim Rodgers, the Australian rock tenor, playing probably the biggest role of Judas Iscariot.”
Rhydian said that initially the production company wanted him for the role of Judas, “But I thought it was the wrong role for me.”
“The character of Pontius Pilate is a conflicted one. The Chief Priests and the Pharisees are the ones who want to kill Jesus but the character of Pontius Pilate didn’t see a reason to kill him. His role as the fifth governor of Judea was to keep the peace and collect taxes. In a way, Jesus wasn’t really being peaceful, especially when he went into the Temple and caused holy hell. There is a lot of conflict within the character which audiences will get to see, he is a very deep character to play.”
Asked what kept audiences coming back 40 years after the musical’s debut, Rhydian said the answer’s simple: “The story and the music.” He added: “It’s one of Lloyd Webber’s best scores. I remember seeing it when I was a teenager and it was pretty incredible. I hoped that one day I’d be in it. It’s a musical that really suits me. They call it a ‘legit’ musical as opposed to a jukebox musical such as Mamma Mia, and Jesus Christ Superstar caters for my voice quite well.
“It’s such a great set with great lighting. I’m working with an amazing company and audiences will hear such iconic songs as I Don’t Know How To Love Him, Gethsemane, live, performed by great vocalists, so it’s really something.”
No stranger to the north, Rhydian has already performed at the Odyssey and Waterfront Hall. His latest classical album, One Day Like This, reached number one in the classical charts and stayed there for ten weeks.
“I don’t have much time for sightseeing this time round, I need to shop, cook, we have two shows on a Thursday and Saturday – so it’s pretty busy. We all want to give all our energy to the show, still do the day-to-day tasks and try to keep fit, it’s all part of the job and work. I would like to come back to Belfast on holiday. We are off for a week before taking the show to Blackpool, Liverpool and then Germany. I’m recording my next album and starting my tour in earnest in August – it would be wonderful to come to the Opera House for a solo date.”