Rigondeaux or Wake up next should Frampton defeat Quigg 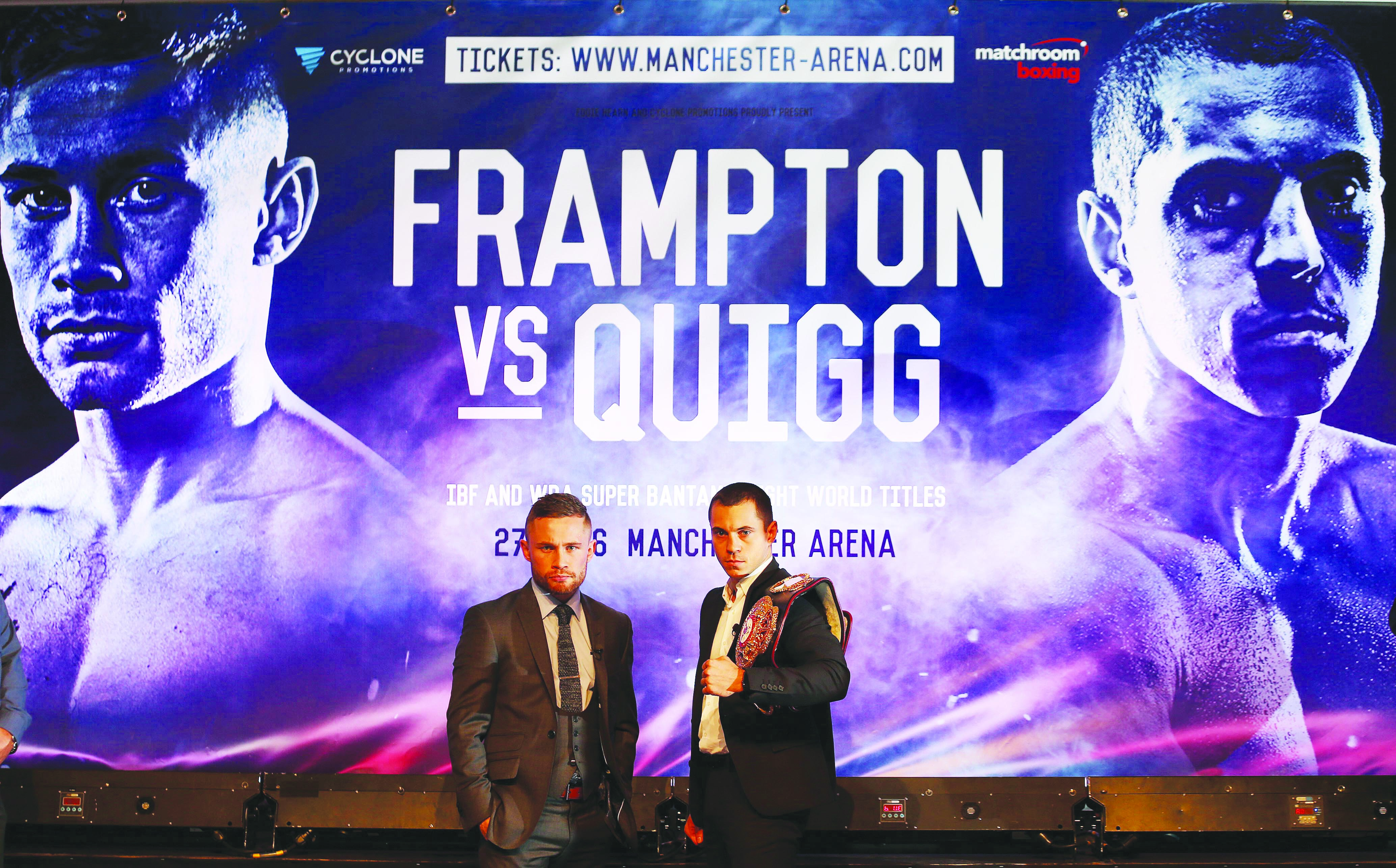 THE winner of next month’s super-bantamweight unification bout between Carl Frampton and Scott Quigg will be mandated to face Guillermo Rigondeaux this summer according to the WBA.

The undefeated Cuban (16-0) was made ‘Champion in Recess’ because he had not defended his title since December, 2014 with an 11th round victory over Hisashi Amagasa with Quigg upgraded from ‘regular’ to ‘super’ champion by the much maligned organisation who have up to three champions at any given weight.

Rigondeaux, widely recognised as the ‘lineal champion’ following his defeat of Nonito Donaire in April 2013 had been involved in a mananagement dispute which contributed to keep him out of the ring and therefore prompt the WBA to upgrade Quigg ahead of his showdown with IBF champion, Frampton in Manchester on Febrauary 27.

Championship Committee Chairman, Gilberto Jesus Mendoza Jnr said at the time that “Rigondeaux is presumed to know that a champion must regularly defend his title (within nine months), remain active, and follow the WBA’s instructions regarding title defenses. Rigondeaux has not defended or scheduled to defend his title in a timely fashion culminating in only four bouts since September 15, 2012.

“In light of Rigondeaux’s impressive record and accomplishments, the delays associated with his various managerial/promoter disputes, and the loss of his unification status, Rigondeaux is named Champion in Recess.”

With his issues now seemingly straightened out, ‘El Chacal’ returned with a solid if unspectacular win over Drian Francisco in November and now wants to reclaim the titles he lost outside the ring.

“Rigondeaux shall come out of recess and face the winner of the February 27 unification bout between WBA champion Scott Quigg and IBF champion Carl Frampton,” said Mendoza.

“The winner of said bout, or Quigg if the fight is ruled a draw, must fight Rigondeaux on or before July 27, 2016.”

What this means is that should the winner of next month’s blockbuster fail to defend against the Cuban, they will be stripped of the title. However, a similar situation is likely to arise with the IBF title as Japan’s Shingo Wake is next in line for the belt.

Although there has been no official statement from that sanctioning body, it is anticipated they will insist the winner of Frampton v Quigg faces their mandatory challenger next, which will likely mean the winner will be forced to drop one of the two belts.

That eagerly-anticipated match-up between Frampton and Quigg will be broadcast live on Sky Box Office it was also confirmed last week.

Tickets for the bout at the Manchester Arena were snapped up in minutes with many more Belfast fans expected to flock to the English city in hope of finding a way into the arena or simply to soak up the atmosphere ahead of this major event.

Frampton will be making his pay-per-view bow on the night with the fight set to capture the imagination of not only boxing fans, but the general public.

“I am delighted to be headlining this massive Sky Sports Box Office event on February 27 at Manchester Arena,” said the North Belfast man.

“This fight has been in the making for years, it's finally happening and I'm going to deliver the performance of my career and win in style."

Adam Smith, executive producer of Sky Sports boxing, said: “This is one of the most eagerly anticipated matches of recent times. Everything is on the line for Carl Frampton and Scott Quigg and the atmosphere in the Manchester Arena will be electric for what should be a truly outstanding duel between two fighters at the top of their game.”