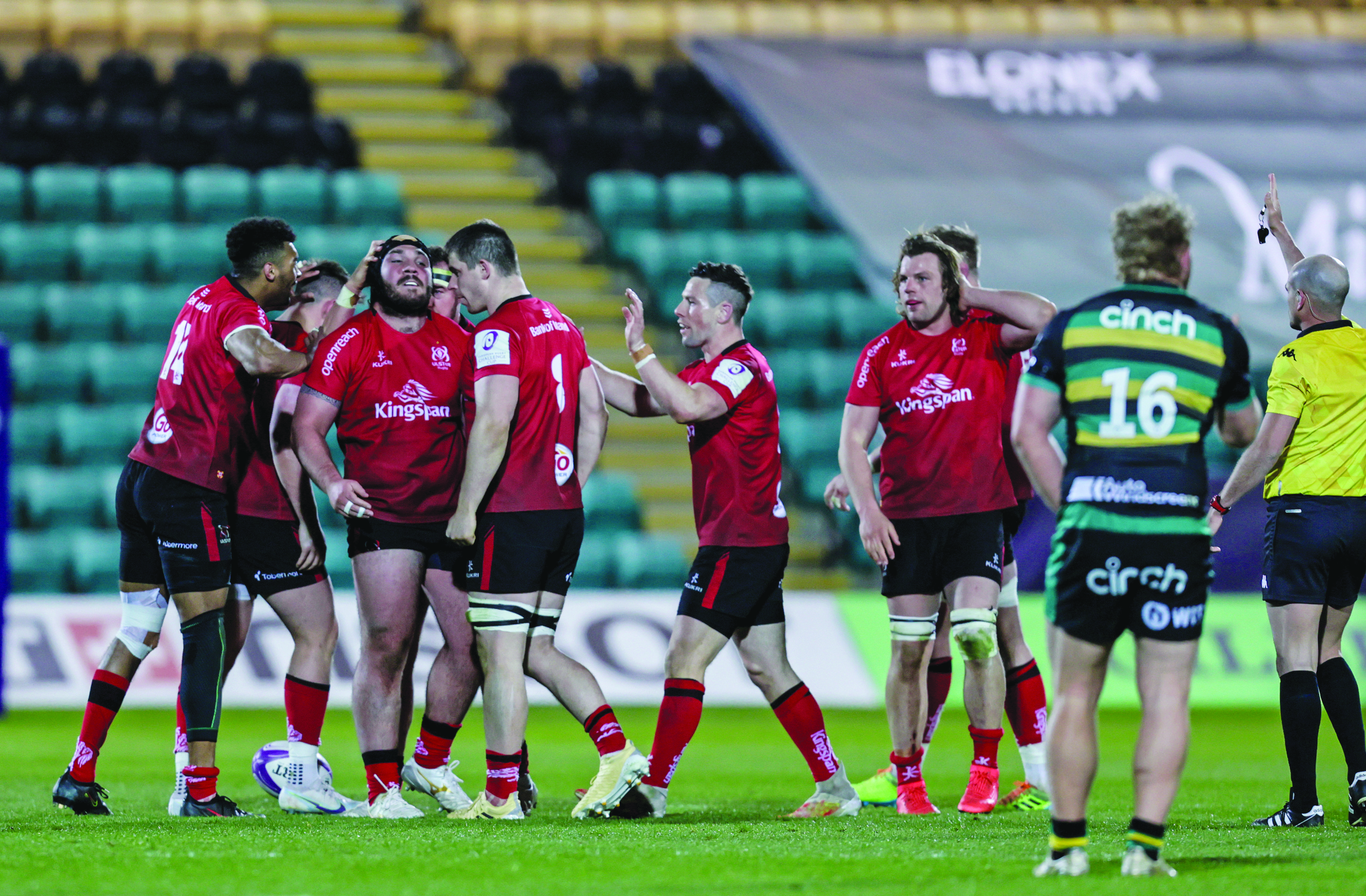 ULSTER will once again lock horns with Northampton Saints this season as the teams have been paired to meet in the European Champions Cup.

Both clubs were drawn in Pool A that, like Pool B, comprises of 12 teams with each club set to face home and away games against two teams in their group with the top eight in both pools reaching the last 16 that will be played over two legs.

Ulster will also face French club, Clermont Auvergne, who they met in the 2019/20 competition with both teams winning their home game, but the challenge of Northampton will throw up memories of April's thrilling Challenge Cup quarter-final between the pair at Franklin's Gardens that went the way of Ulster.

Dan McFarland's charges will ramp up preparations for the coming domestic and European campaigns as they have begun pre-season with their squad for 2021/22 now finalised.

They have named a squad of 36 fully-contracted players and seven Development players – 41 of which are Irish-qualified, with 30 players having come through the Ulster Rugby Academy pathway or Ulster club system.

A raft of contract renewals earlier this year saw 27 players re-commit to the province for the season ahead, and beyond for many.

This season’s Development players, all of whom are products of the Ulster Rugby Academy system - Nathan Doak, Aaron Sexton, Callum Reid, David McCann, Tom Stewart, Ethan McIlroy and Cormac Izuchukwu – are already familiar faces to Ulster fans given their contribution to both the Senior and A teams last season, as well as on the international stage.

Supporters can once again look forward to ‘Standing Up’ for the squad that enjoyed success on the pitch last season, despite the challenging circumstances brought about by the COVID-19 pandemic – with highs including 14 wins out of 16 in the domestic league and reaching a European semi-final.

Commenting on his squad, Head Coach, Dan McFarland, said: “It’s great to see the continuity within the squad as we move forward.

“These players have been integral to our progress so far, and I am very much looking forward to working with them over the forthcoming year.

“The Ulster Rugby Academy continues to demonstrate the integral part it plays in our provincial set-up, so I am delighted that we have seven Academy players making the transition to Development contracts this season.

“We’re looking forward to new challenges, including the United Rugby Championship and the arrival of the South African teams, which we will meet head-on.

“The return of our fans to Kingspan Stadium is also something that we are relishing the thought of.

“The opportunity to once again hear the roar of the home crowd will be a special moment for us all to share together.”