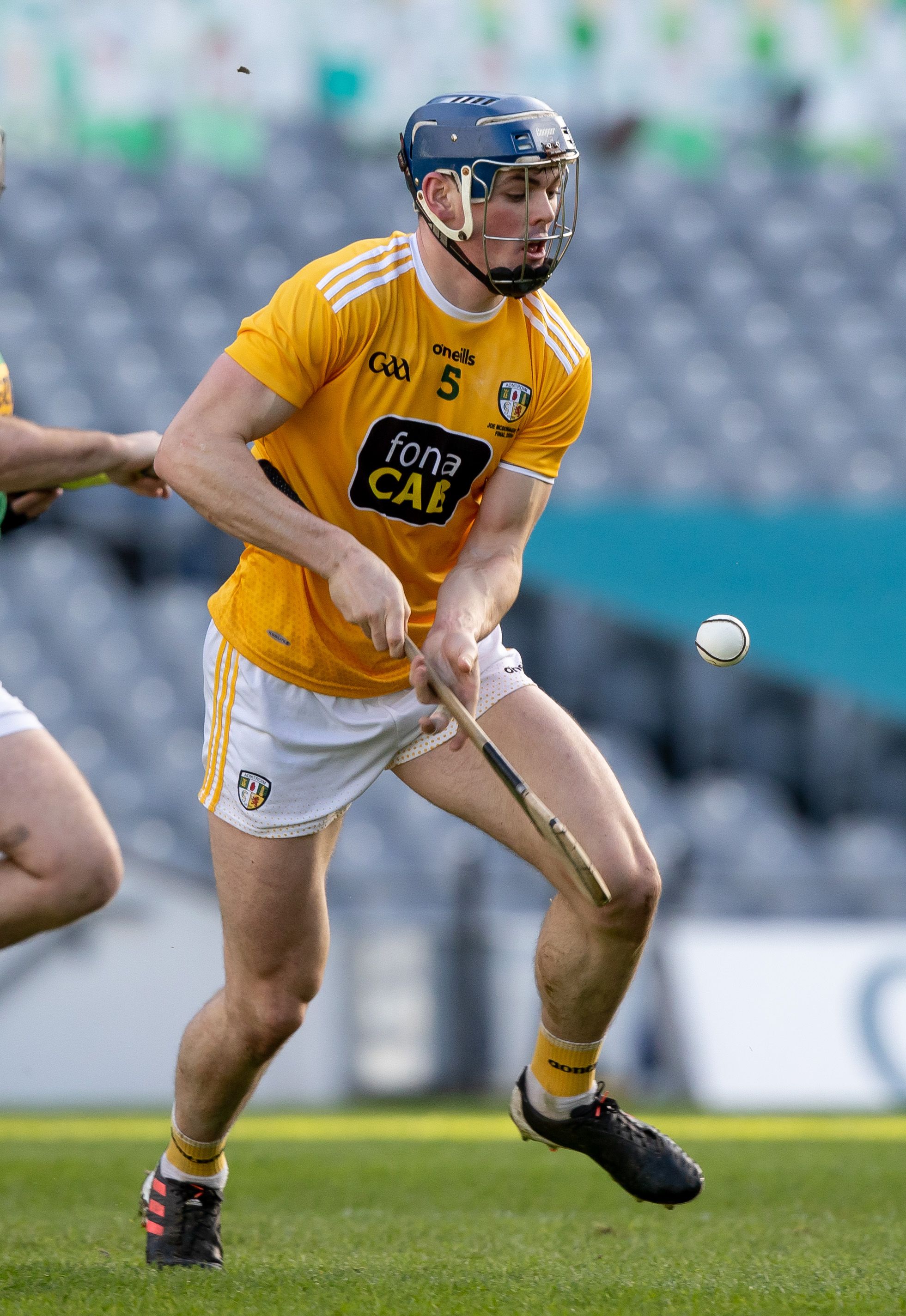 SEVEN Antrim hurlers including three from the city have been honoured for their efforts in 2020 by being named on the GAA/GPA 2020 Joe McDonagh Cup team of the year.

The Saffrons secured a league and championship double with victory over Kerry both finals including the McDonagh Cup decider at Croke Park in December, so it was no surprise Darren Gleeson's charges made up the bulk of the team that was announced on Monday.

Stephen Rooney (St Paul's), Gerard Walsh (Rossa) and Niall McKenna (Sarsfield's) joined county team-mates Matthew Donnelly and Ciaran Clarke (both Ballycastle), Keelan Molloy (Dunloy) and team captain Conor McCann (Creggan) on the list, with five Kerry players, two from Carlow and one from Westmeath being selected on the team of the year.

Rooney was a consistent force at corner-back for Antrim throughout the year, delivering assured performances throughout, with Walsh blossoming into a major star for the county at wing-back. McKenna's swashbuckling displays in the half-forward line also earned him the nod as he produced the goods in each game.

"It's a nice bonus more than anything else but winning the championship was always a bigger priority than any individual accolade," said Walsh, who insists the collective is more important than individual awards.

"I suppose you don't focus on how well you've played, but more about how the team had performed. We were going well in the League and obviously did well in the Championship, so all our focus was on was the team and not ourselves.

"There would be days you'd be happy with your performance and other days you'd have been happy enough, but in all honesty, if the team was going well then you were happy enough.

"I remember going out onto Croke Park (in the Joe McDonagh Cup final) and thinking I didn't care how well I played as long as we won, whether it was by one point or 100. The only thing that mattered was the outcome."

The Player of the Year award went to the team skipper McCann who was prolific in front of goal, finding the net for five games in succession in league and championship, finishing his McDonagh Cup run with 4-10 from play in Antrim's five games.

Uachtarán CLG, John Horan, praised all those who were honoured. He said: “These awards give us an opportunity to salute the outstanding performers in what was an excellent Joe McDonagh Cup competition.

"My congratulations to all of those who have been selected and on behalf of the wider Association thank them for the effort they produced in such difficult circumstances in 2020.”

GPA CEO, Paul Flynn, added: “Congratulations to the 15 players who have been selected for the Joe McDonagh Cup Team of the Year. Your performances marked you out as the best among many outstanding performers in 2020.

"Congratulations too, to Conor McCann on his fully merited awards. I also want to take this opportunity to thank all the players who competed in the Joe McDonagh Cup last year. The lift you helped give to your counties and to the country in very challenging times should not be forgotten.”

A special programme to honour the GAA/GPA 2020 Joe McDonagh Team of the Year will be featured on RTÉ 2fm’s Game On programme this Wednesday evening from 6pm.