Shamrocks have a little extra to deny Johnnies 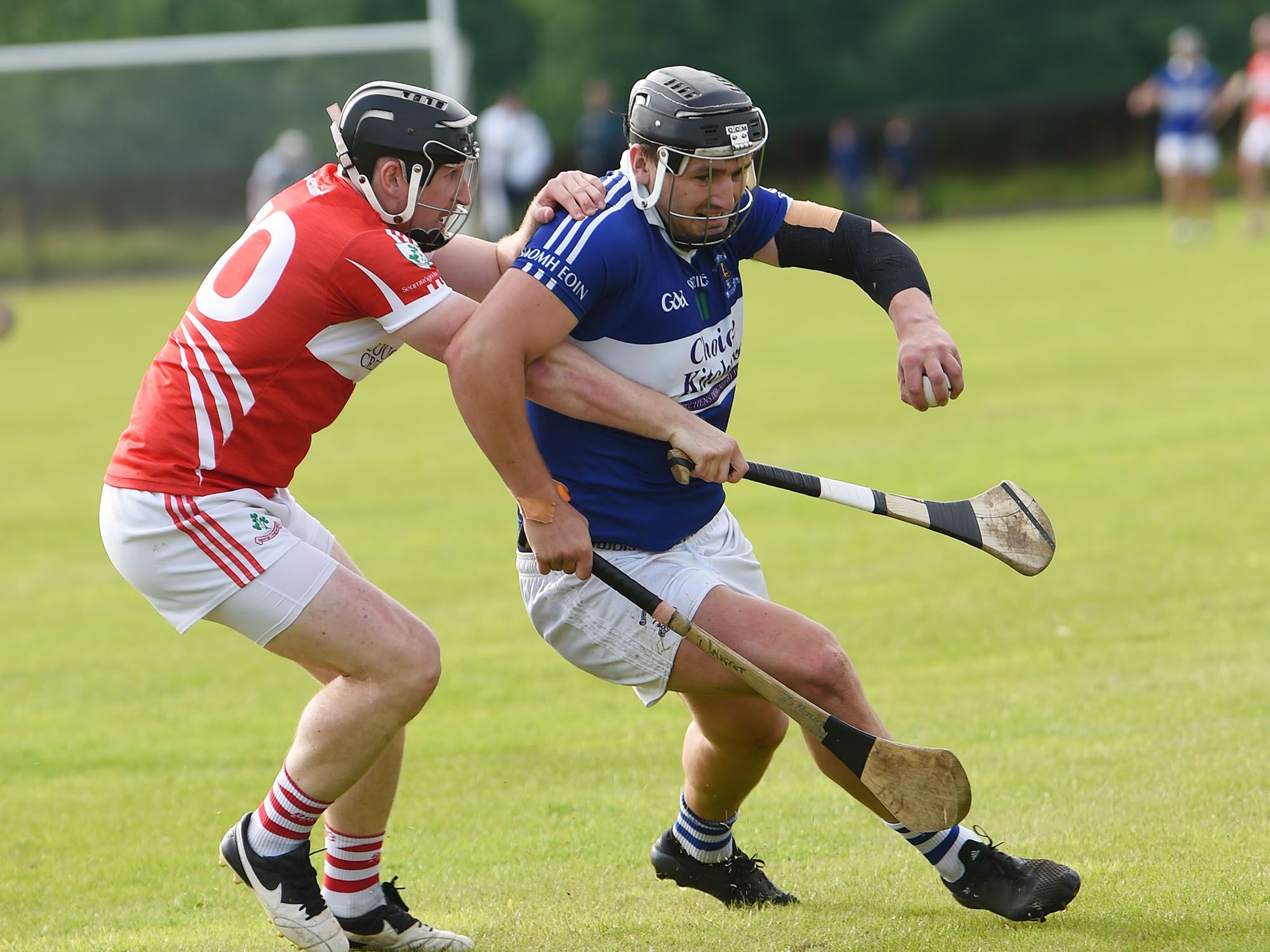 ST JOHN'S will be wondering just what it is they have to go to get past the semi-final stage of the Antrim Senior Hurling Championship as for the third-straight season, they have been pipped at the post in the last four.

The two previous years saw the Johnnies lose out after replays, but with games to be decided on the day this year, Loughgiel were to end their hopes after extra-time in yet another mammoth battle in this year's Championship that will probably rank as the the best in many years, if not ever.

It was cruel luck on Micky Johnston's side who looked like they were finally about to seal their passage into a first final since 1994 when they led by three in stoppage time, but Loughgiel rallied to edge ahead and it was actually Oisin Donnelly's last-gasp point that forced the extra-minutes.

The Corrigan Park side felt aggrieved they didn't get the opportunity to seal victory in normal time when they were one ahead and Domhnall Nugent - who had put in a remarkable performance despite suffering a suspected dislocated elbow early in the game - bore in on goal and appeared to be trailed down when set to crack to the net, but their appeals were waved away by referee Michael Hardy.

Nugent would finish with an astonishing 3-3 to his name despite being unable to fully function with the injury and certainly didn't;t deserve to finish on the losing side, but Loughgiel were just that bit fresher in extra-time and Benny McCarry's goal put them in the box seat. The Shamrocks could have made life a lot easier on themselves in this period, but passed up a host of scoring opportunities, but did enough to see themselves home.

After James McNaughton hit the first of his dozen points for Loughgiel and Nugent replied from play, the Shamrocks moved three clear with McNaughton, Eddie McCloskey and the returning Liam Watson on target.

St John's gradually settled with Nugent and Conall Bohill pointing , but they remained three adrift at the water break that was called when Nugent went down in agony having been clipped when moving in for a block.

Somehow, he managed to return despite being in real discomfort and after the Johnnies brought the score back to 0-6 apiece with Padraig Nugent, Michael Bradley and Conor Johnston, Domhnall was play in on the left and cracked to the net.

Eddie McCloskey responded with a point, but St John's were straight in for their second goal as Peter McCallin this time found himself in and make no mistake.

James McNaughton and Bohill traded points, but Loughgiel began to eat into the lead, hitting the net four points with a brace each from McNaughton and Shan McGrath before Bradley floated over for St John's to leave them 2-8 to 0-12 ahead at the break.

Just 20 seconds into the second half, Conor Johnston saw a rasping drive for goal come off the underside of the crossbar and cleared, but Domhnall Nugent did magnificently double on a high ball to point.

They were beginning to struggle to make headway in attack with Tiernan Coyle outstanding for Loughgiel as a Michael Bradley free was they only other score before the water break as Loughgiel tagging on six - the best coming from a Liam Watson sideline to leave them 0-18 to 2-10 in front.

The Johnnies rose to the challenge superbly with substitute Aaron Bradley announcing his arrival by first firing over and then cracking to the net after a long ball in from Conall Bohill broke his way.

Loughgiel hit back within a minute as Declan McCloskey floated in a high ball that was caught by Benny McCarry and he recycled back to Watson who blasted to the net.

McNaughton added a point, but this topsy turvy game would flip again on 56 minutes when Peter McCallin weaved in on the right, sent an inviting low ball across goal and Nugent applied the finish.

Points from Conor Johnston and Bradley followed to leave three in it as the game moved into added time with Loughgiel getting back to within one thanks to Eddie McCloskey and McNaughton before that huge penalty shout for St John's was waved away and Peter McCallin was snuffed out when trying to prod home the loose sliotar.

Seven minutes into stoppage time, Loughgiel got level through Donal McKinley and when Eddie McCloskey put them ahead a minute later, it was felt that was it. But there was still time and Oisin Donnelly popped up to fire over his shoulder to force extra-time.
Donnelly had the first say with a point on the restart, but Loughgiel hit back with Shan McGrath playing a clever ball Ito Benny McCarry who thumped home from the right.

McNaughton and Watson added points before the change of ends, with Loughgiel continuing on the front foot although their shooting and decision making was to let them down as they passed up change after chance with just three between the teams entering stoppage time before they finally found their range through McCarry and Ryan McKee.

The Johnnies grabbed a lifeline when Nugent touched a high ball to the net to leave just two in it, but a pair of Benny McCarry scores late finally ended this argument with Loughgiel advancing and St John's crestfallen.