OBITUARY: Sheila Adams was a stalwart of the Colin community 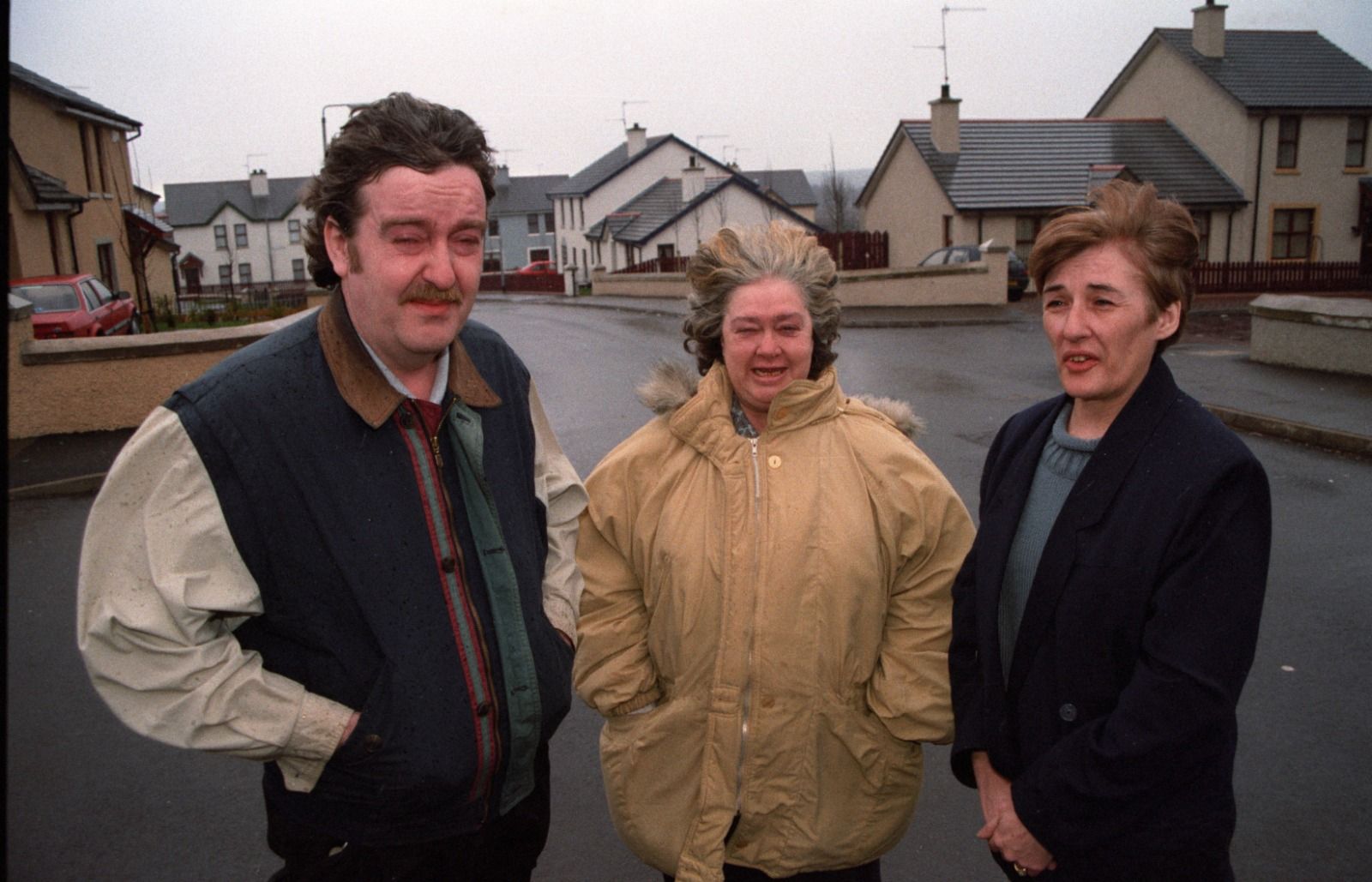 REMEMBERED: Shiela Adams (centre) with Lagmore residents Richard and Marie McCabe, protesting the lack of social amenities in the estate expansion plan in 1997

TRIBUTES have been paid to Colin community stalwart, Sheila Adams who passed away in hospital surrounded by her family on January 12.

A founding member of Poleglass Sinn Féin, Sheila was instrumental in the development of the party within the Colin area and the election of Pat Rice and the late Michael Ferguson.

Sheila was laid to rest in Milltown Cemetery on Tuesday following Requiem Mass in Christ the Redeemer Church in Lagmore.

Paying tribute to Sheila, Pat Rice said: "I was greatly saddened to learn of the death of Sheila Adams. She was a loyal hardworking and totally selfless republican who truly believed, that in the service of her community and her country, no task was too great or too small.”

Meanwhile, Mickey George said: "Sheila was at the heart of Sinn Féin in the Colin area throughout the 80's and early 90's and played a key role in the successful elections of Pat Rice and Michael Ferguson, shaking the foundations of Unionism within Lisburn Council.

"Her republican activism lead to Sheila and Tommy’s home in Springbank becoming the focus of British army and RUC attention, particularly in the early 1990’s and was probably one of the most “visited” homes in the area.

"On one occasion, a British raiding party spent two days ripping out stairs, digging up her kitchen and garden, with the story covered by the Irish Voice in New York, due to its senseless and retaliatory nature.

"None of this deterred Sheila and she would be back out, leading white line pickets, canvassing and throwing herself into all aspects of community empowerment within days of these unwelcome visits.

"Sheila's health problems over the last decade or so, impacted greatly on her mobility, but she made good use of her electric scooter and still had time for a bit of craic and scéal for all who met her along the Stewartstown Road.

"Needless to say, she’ll be very much missed by all of us who were lucky enough to know her and to her lifelong partner, Tommy, her loving clan, Sinead, Brendan, Eoin, Aidan, Aislinn and Diarmuid, ar dheis Dé go raibh a hanam."