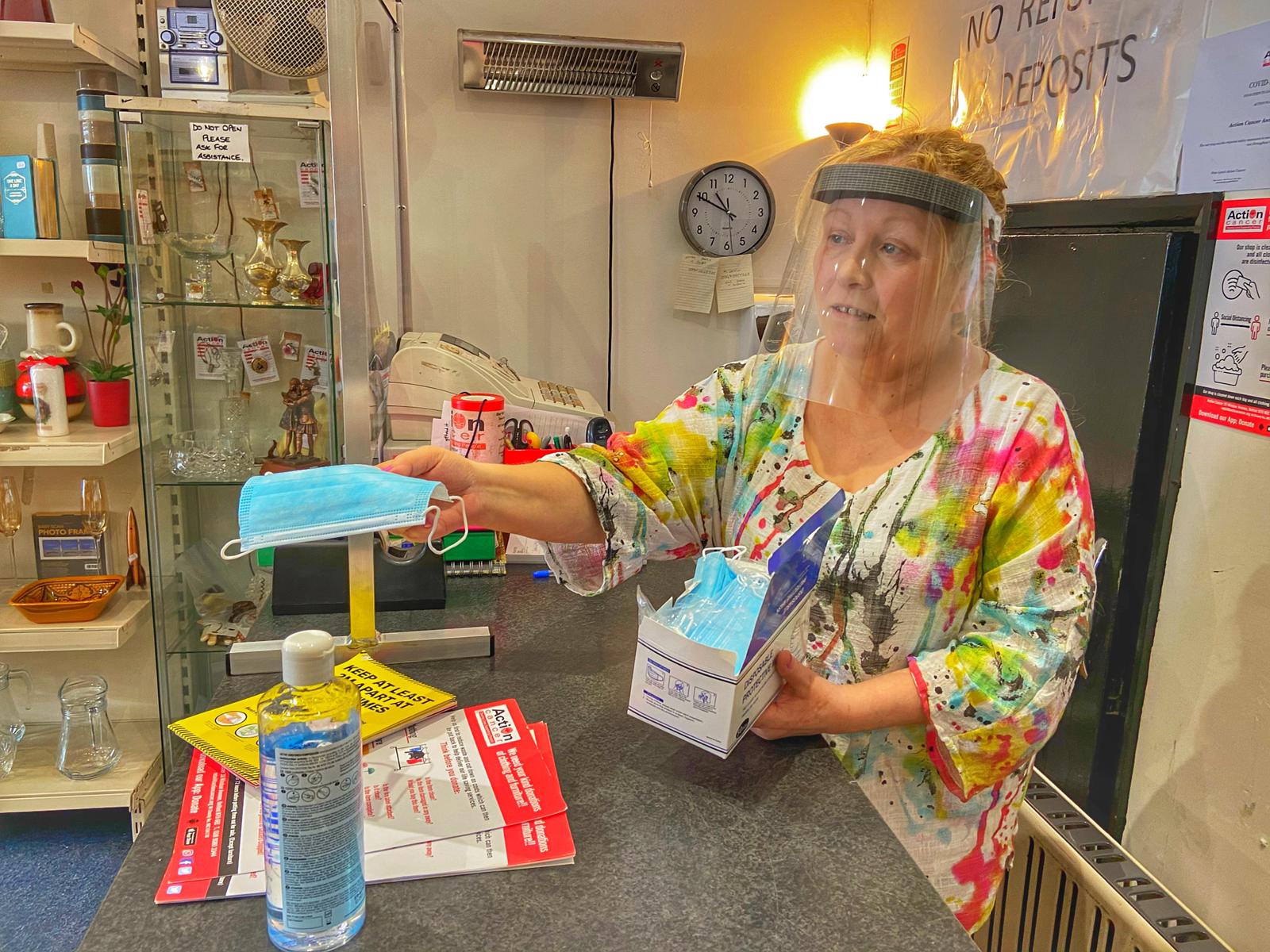 WEST BELFAST shoppers have been adapting well to new regulations that made face coverings compulsory in shops and enclosed public spaces from today.

Last week, the Stormont Executive took the decision to make face masks compulsory in a bid to suppress Covid-19.

Speaking to the Andersonstown News on Monday, Kennedy Centre Manager, John Jones (below), said customers had been “very receptive” to the face mask policy.

"From today practically 99 per cent of our customers are wearing face coverings without any persuasion from us,” he said.

“Obviously because it's the first day of it our attitude was to see how things go and to make a judgement after that.

“We have a message being relayed on our PA throughout the day advising people to wear face coverings, we have signage going up on the doors, we have alerts going out on our Facebook and Twitter accounts and all our staff have been told that if anybody isn't wearing a face mask then remind them that it is mandatory - we're only asking people, we’re not telling them because there are some people that have conditions that don't need to wear it.

"But ultimately we were overwhelmed by the response today.”

For those who have forgotten to bring a face covering, masks are available in many stores throughout the Kennedy Centre.

Mr Jones encouraged shoppers to wear a mask to protect themselves and others, particularly the vulnerable and elderly.

“It's a bit uncomfortable at the start but you do get used to it and I think it just makes common sense to look after your own and everybody else’s health," he added.

Teresa Ryan, who works at the Action Cancer charity shop in Andersonstown, said that while some customers had reservations about face masks, the majority had “no problem with it.”
“When anyone enters the store we’re just asking them nicely to put on a face mask,” she said.

“It's very very, very important because most of our volunteers are all elderly volunteers and some of them would be vulnerable and had to self-isolate. We don’t want to put them at risk, so we’re asking people not only to keep themselves safe, but to keep our volunteers safe.”