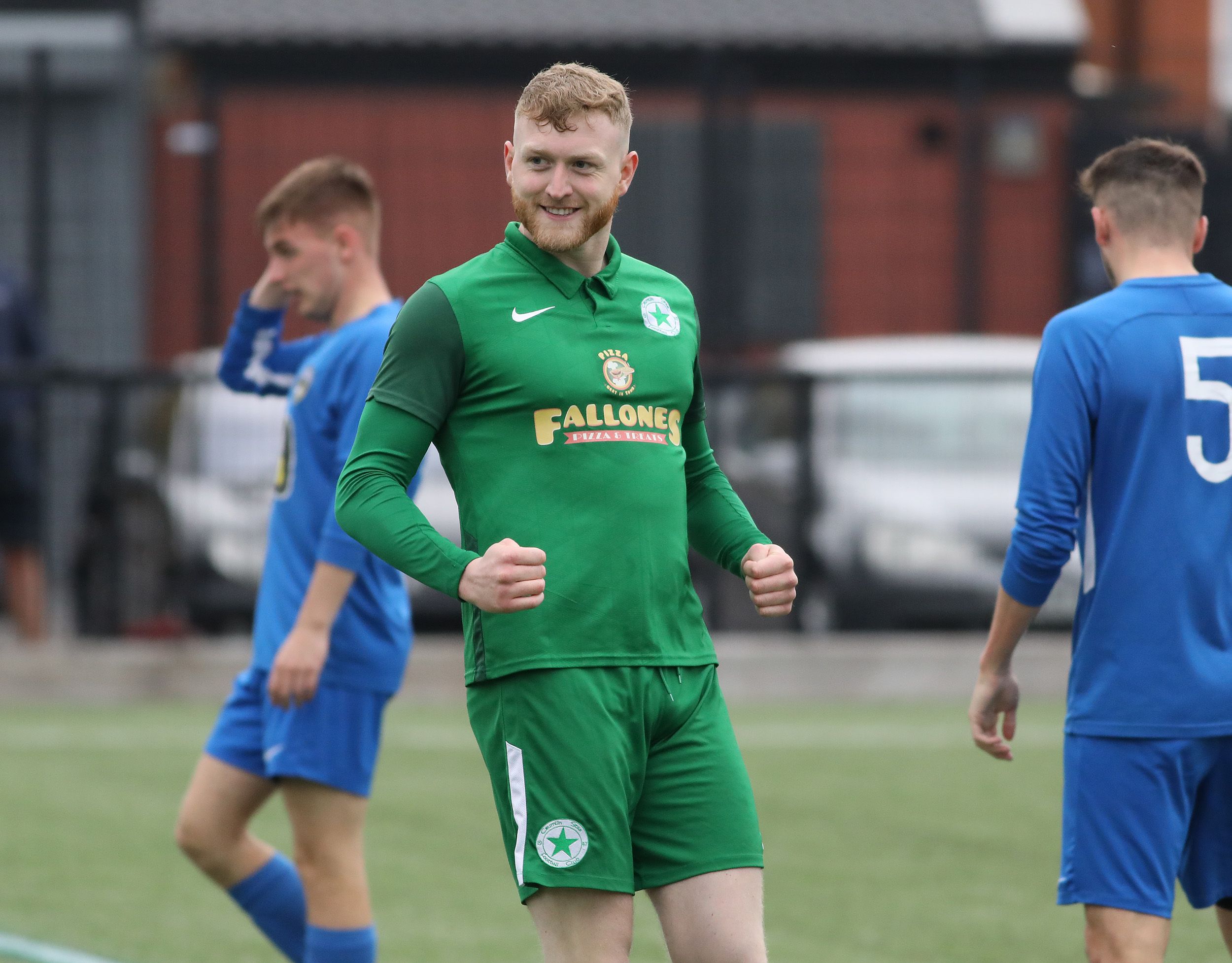 CRUMLIN Star eased into the second round of the Intermediate Cup following a resounding 7-0 win over Lisburn Rangers at The Cricky on Saturday afternoon.

Phil McDonagh’s side operate at Division 1A in the Northern Amateur League and they were outclassed in every sector by their Premier Division opponents.

In truth, the home side could have easily hit double-figures and were full value for their 3-0 half-time lead. It took just a few minutes of the second half for them to find the net again and they had hit seven by the time the full-time whistle blew.

Man-of-the-match Dee Fearon helped himself to a brace of goals as did Stephen Smyth and substitute Ciaran Murphy. James Doyle was Star’s other goal-scorer in a totally one-sided contest.

In took the visitors almost 15 minutes to muster their first meaningful attack as Crumlin Star bossed the early exchanges with Joe McNeill leading by example in centre midfield.

Skipper Barry McKervey formed a centre-back pairing with Mark Lyons and Aidan McNeill was afforded yards of space on the left flank and this was a channel the hosts exploited routinely throughout the contest.

McKervey and Fearon both had half chances inside the opening 10 minutes while Joe McNeill set up Doyle for a good opportunity on 17 minutes, but Lisburn ’keeper Lancelot Lefebvre made a smart save.

From the resulting corner, Doyle headed over at the near post and it seemed only a matter of time before the Star broke the deadlock.

The opening goal arrived on 22 minutes when Sam McBurney played Fearon through on goal and the centre forward showed great composure to slot the ball past Lefebvre.

On the half-hour mark, Doyle had a couple of excellent chances to find the net. First, he chipped the ball over the crossbar with only the ’keeper to beat before being denied by the post moments later following an excellent cross from McKervey.

Still, Star didn’t have to wait too much longer for their second with Doyle using his strength to hold off the challenge before Smyth rifled in a shot from the edge of the box on 38 minutes.

With five minutes of the half remaining, the home side had their third with Doyle’s patience being rewarded. Lyons played him in on goal and the striker controlled the ball with one touch before slipping the ball into the net.

The second half was as uncompetitive as the first and Crumlin Star had their fourth goal within three minutes of the restart.

Smyth played Fearon in on goal and the striker had far too much time to pick his spot and fire home from close range.

Doyle forced a good save from Lefebvre while Lisburn had a rare attack at the other end and Craig McCutcheon wasn’t far away with his effort from the edge of the box.

Smyth bagged his second of the afternoon following a brilliant team move with Doyle and Murphy playing a neat one-two before crossing the ball into Smyth with finished with aplomb to make it 5-0.

Substitute Murphy scored his side’s final two goals inside the final 15 minutes.
Rangers claimed he was offside when he bagged his first from an Aidan McNeill delivery, but there was no doubting the legitimacy of his second.

With just a few minutes of normal time remaining, he linked up with fellow substitute Padraig Scollay before beating Lefebvre with a cool finish to complete the rout.

Tougher tests await Paul Trainor’s side, but the 2019 winners couldn’t have hoped for a better start to their 2021 Intermediate Cup campaign.