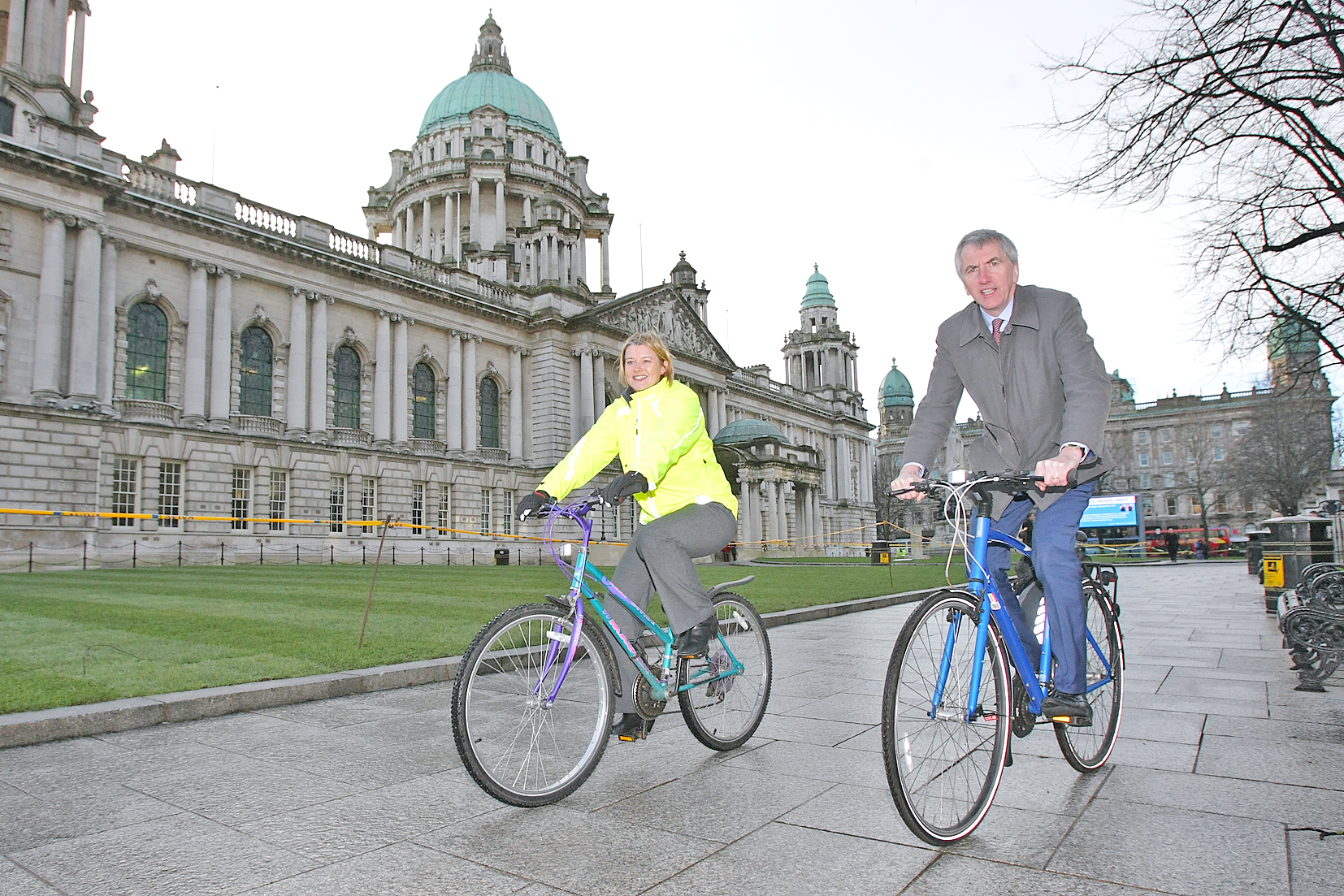 A SOUTH Belfast MLA who earlier this year founded Belfast’s first Ciclovía now has his sights set on the expansion of the Belfast Bike Share scheme.

And while Máirtín Ó Muilleoir gave the thumbs-up to two new bike-share stands at Queen’s University students’ union and library, he says he won’t be content until the popular bike share scheme extends along the Ormeau Road and the Lisburn Road.

“There are more cyclists and more bike lanes in South Belfast than in any other part of the city so it makes good sense on every level – community, health, climate – to expand the bike-share scheme into the heart of the constituency,” he said.

The Sinn Féin man has written to Belfast City Council asking for the bike pods to be placed at Ormeau Park and along the Lisburn Road.

“There are advanced plans, backed by the Belfast Trust, to place a new stand at the City Hospital on the Lisburn Road to serve the large population of workers and visitors using the hospital,” he said, “but I would like to see another stand 500 metres further up the road close to Tates Avenue to keep this chain going. Putting bikes outside the Ormeau Road is also a no-brainer.”

Added Mr Ó Muilleoir: “Great cities are great bike cities. The first Belfast Ciclovía showed that Belfast is keen to be in the fast lane when it comes to bike-use and it’s vital that that Belfast City Council and the Department for Regional Development build the momentum behind our cycling revolution.”