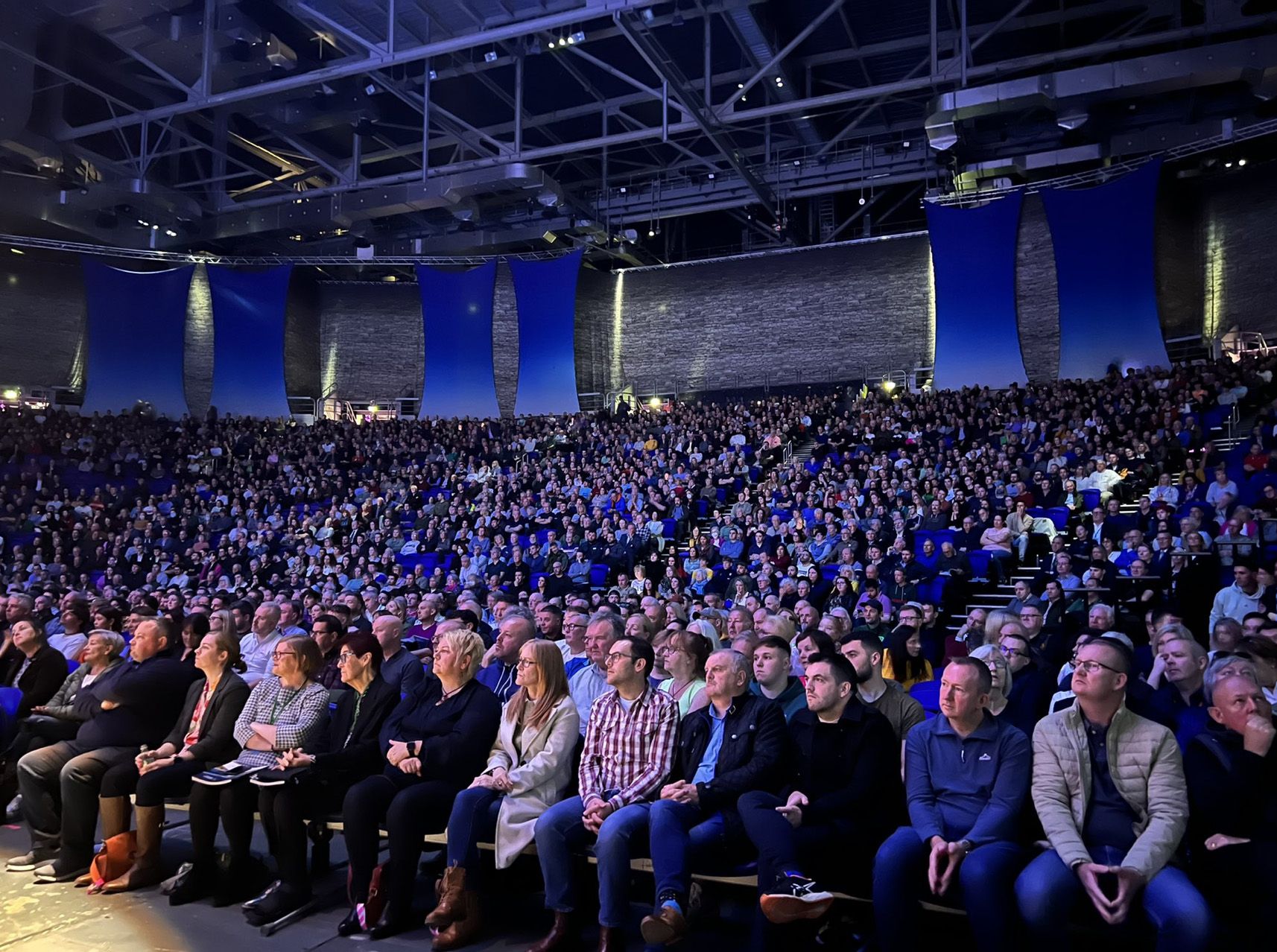 SQUINTER’S been writing for the better part of a decade that the Alliance Party faces an existential threat in the event not only of a border poll, but of discussions leading up to a border poll. That the threat is a real one has been confirmed in spades by the party’s shambolic handling of the row that broke out after Alliance turned down an invitation to what was objectively – regardless of your attitude to it – one of the biggest and most significant political gatherings on this island in decades: the Ireland’s Future event in Dublin this weekend.

Since its inception, Alliance has had an electoral advantage denied to every other party. That advantage is not its rickety claim to be agnostic on the union, but the media’s unquestioning acceptance of it. The truth is that Alliance has never been neutral on the union – it has been an unfailing supporter of the political status quo that is the union with Great Britain, their members the most notable purveyors of the sophomoric James Young “stap fightin’” school of political thought: this wee place would be great if themmuns didn’t hate thoseuns.

We are still in the foothills of the mountain that is the debate on our constitutional future, but already Alliance seems to be suffering from altitude sickness.

In supporting every armed agency of the British state tasked with upholding the union throughout the conflict, even if occasionally forced into mild criticism, the party backed that union; in continuing to back the British Army and pay homage to the memory of the RUC and UDR, Alliance continues to back that union. While performatively appalled at the politics of themmuns and thoseuns, it has never occurred to Alliance that in their 50 years of support for the armed agencies of the British state they are themselves themmuns or thoseuns to someone else, just as we all are. And that lack of self-awareness, that backing of the status quo – the union – has been underpinned in recent days in its scrambled response to criticism of its decision to opt out of the Dublin event with the intellectually vacuous argument that we need to “make this place work first”. Let’s set aside for the moment the fact that the ability to govern while simultaneously mapping out imaginative and challenging strategies for the future is just good  politics; and let’s not dwell on the fact that such an argument demonstrates a worrying lack of vision and confidence on the part of those who advance it. Let’s instead take that argument apart to see what it  tells us.

Squinter wants an Irish republic and will always do what he can to advance it. He also wants this place to work; of course he does – he wants him, his family and every human being in these six counties to be valued and safe and happy, today and tomorrow. But he will continue to do what he can to bring about a united Ireland, because he believes people in the years to come can be more valued, safer and happier in a united Ireland. Alliance, in snubbing the Dublin event, are telling Squinter that wanting this place to work is incompatible with being an Irish republican; that this place can only be made to work if we all, in this tiny corner of our tiny island, agree to form a circle and look inwards together. That is a vision achingly bereft of confidence in ourselves and in our capacity for imaginative and wide-ranging thought and debate.

We are still in the foothills of the mountain that is the debate on our constitutional future, but already Alliance seems to be suffering from altitude sickness. If a simple invitation to a political conversation has seen the party wriggle and squirm like this, what carnage is there going to be further down the line when the leaders are required to quit the politically profitable coyness and openly and finally declare on the national question?

It’s a question they tell us they’re above, but they’re not and they never were.

THE military wing of the Tory Party, the European Research Group, is chock-full of absurd Little Englanders who view every political contact as a call to arms. A model of a Spitfire on their desks, that picture of Margaret Thatcher in a headscarf driving a tank on their walls, a union jack at their backs. Maybe two.

At a Defence Select Committee meeting in July 2020, the small but perfectly formed Mark Francois warned Britain’s most senior general that if he didn’t knock the army into shape “Dominic Cummings will sort you out his own way”. His preposterous ‘I’ll get my big brother’ got its answer weeks later when karma sorted out Dominic Cummings in its own way and he was leaving No.10 with a cardboard box.

A few months earlier, Francois had raised the eyebrows of those on a Friday night out in his Rayleigh and Wickford constituency when he strutted in his full five feet four glory in and out of a number of pubs wearing a police stab vest. If he thought he looked like Gary Cooper in High Noon, the reality was more Mickey Rooney in National Velvet. Essex police issued a statement making it clear that Mark was not one of its officers. Those familiar with police height requirements were unsurprised.
Another leading ERG figure with stature issues, Andrew Bridgen MP, famously claimed two years after his Leave side won the 2016 referendum that all British people were entitled to have Irish passports thanks to a reciprocal arrangement with Dublin. And Bridgen was one of the most enthusiastic advocates of a no-deal Brexit.


But the bravest and most heroic of the self-proclaimed ERG Brexit ‘Spartans’ was Steve Baker, the new Minister of State at the Northern Ireland Office. Not content with being a sword-wielding Greek city-state hero in a leather skirt, Steve dubbed himself – with a completely straight face – the “hard man of Brexit”. As well as being a sword-wielding warrior in a leather skirt, Steve’s a devout Christian who believes capitalism and the primacy of the market are Biblical teachings and opposes same-sex marriage. As Brexit Minister in 2017, Steve proposed emergency legislation to allow ministers to sack any civil servant they deemed to be obstructing Brexit. So it was more than a surprise when it turned out to be Steve behind the wheel of the Glider that’s about to reversed over the DUP two years after it was driven over them for the first time. In an extraordinary move, Hard Man Steve turned to jelly at the weekend, admitting that he had waved his Spartan sword a little bit too aggressively at the EU and Ireland.

“The thing I want to add, as one of the people who perhaps acted with the most ferocious determination to get the UK out of the EU, I think we have to bring some humility to this situation,” he told the Tory Party conference. “It is with humility that I want to accept and acknowledge that I and others did not always behave in a way which encouraged Ireland and the European Union to trust us, to accept that they have legitimate interests, legitimate interests that we are willing to respect. Because they do and we are willing to respect them, and I am sorry about that, because relations with Ireland are not where they should be and we all need to work extremely hard to improve that and I know that we are doing so.”

Loyal Ulster, needless to say, went to DefCon 5. Sammy Wilson appeared on Radio Northern Ireland’s Talkback to claim that Steve Baker had told him in a text exchange that he believes Ireland should now apologise to the UK for the way it has behaved, although that claim had not been stood up by the time Squinter pressed the ‘Send’ button on this. Sitting at his CeX laptop in Donaghadee in his Buzz Lightyear Y-fronts, the boy Jamie hammered out his righteous anger: “If someone breaks into your house and plunders your most precious possessions, you do not send an apology to the plunderer and seek to work ‘constructively’ to see if they may be minded to return some of their ill-gotten gains. The Irish Gov only understand aggression.”

Which means that the Donaghadee QC (sorry, KC), having stepped into Steve’s sandals, gathered up the discarded sword and leather skirt, the wee man is intent on continuing to fight the good fight. After he’s filed a few inches off the sword, of course. And had the skirt taken in and shortened.