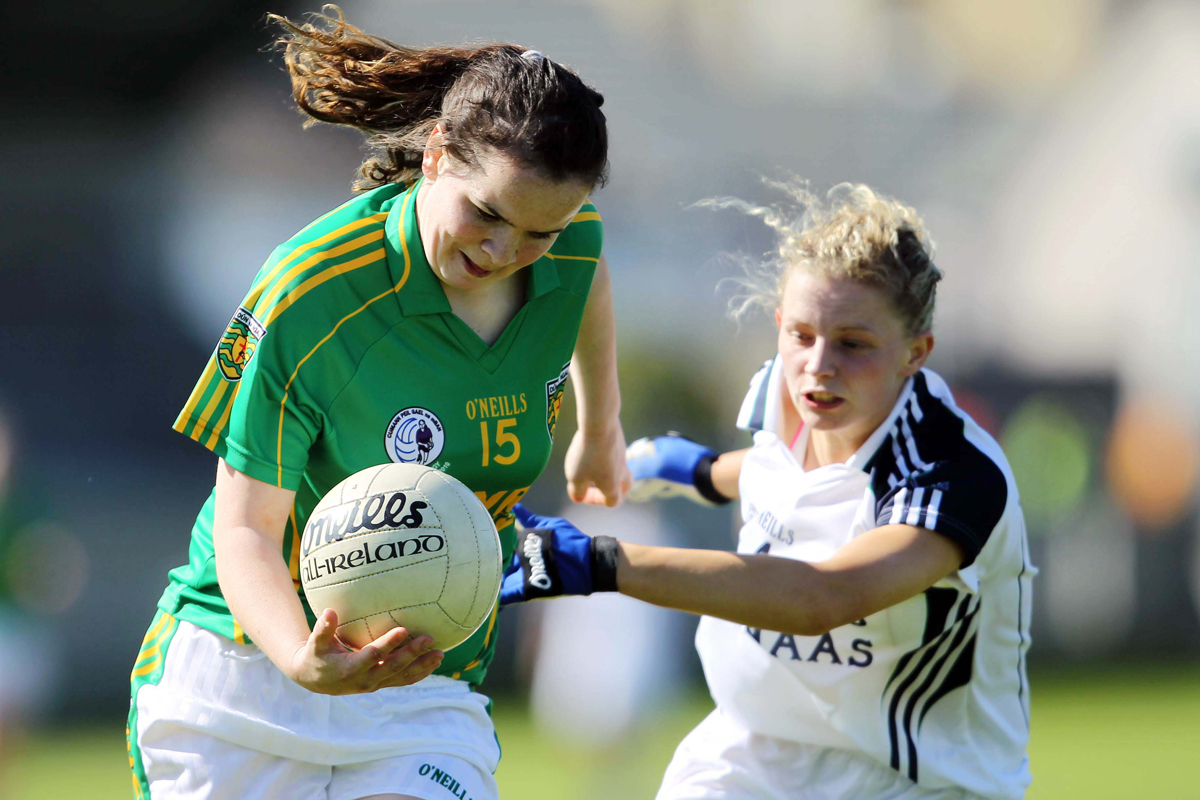 It’s 30 years since Brian Coyle and his colleagues came up with the idea of a boys minor club tournament to be played over Christmas and New Year at St Paul’s and now, three decades on, the same man is behind the ladies version.

And, just like the inaugural boys competition back on New Year’s Day 1982, St Paul’s will hope to be the first name on the roll of honour.

Standing in their way will be crack Donegal outfit Termon, who overcame Tyrone champions Kileeshil in the semi-final.

St Paul’s had a tough assignment themselves against near-rivals Carryduff, with the Antrim girls just getting the edge over their Co Down opponents by four points in a high-scoring and highly-entertaining semi-final encounter.

“Both semi-finals have been very competitive, with only four points between the sides in both matches,” said Donna.

“The referee at the Termon-Kileeshil match said it was a very fast, end-to-end game, as was our semi-final against Carryduff, so it has all the makings of a great final.”

St Paul’s began the tournament with a comprehensive 9-9 to 1-4 win over O’Donovan Rossa, Magherafelt before facing Carryduff.

“To be fair, the Magherafelt match was a one-sided affair but we knew Carryduff was going to be a completely different ball game,” said Donna.

“We played them in our winter league in February and there was only two points difference.

“Both teams are similar, we play a fast game and we knew who to mark.

“Our ability to take our scores proved to be the difference in the end. They hit a few wides and I think physically we just had that wee bit of sharpness.”

But Termon will be another prospect again. They have a star turn in full forward Gloria McLaughlin who was an All-Star at senior level for Donegal this season.

“The girls all sort of know each other from playing schools football together, so as soon as they knew we would be playing Termon, all the talk was of this girl Geraldine McLaughlin,” said Donna.

“I’ve seen her in action, she really is something else.  She plays soccer for the Republic of Ireland as well, so she’s quite a talented athlete.”

But Geraldine won’t be the only talented international soccer star on show.  St Genevieve’s student Kirsty McGuinness has been on great scoring form for St Paul’s,  and is also a Northern Ireland soccer international.

“Kirtsy has been playing some cracking football,” said Donna.

“Nicole Kelly at centre half back is having a formidable season. We also had some new recruits who have had a good season under them, the likes of Niamh Adams, who has an incredible turn of pace.

“But we’ll be relying on some of our older players like Aine Tubridy, the captain, and Ciara Sullivan.”

The competition, in its first year, has been hailed as a great success, with eight of the nine Ulster counties sending their champions. So where did the idea come from?

“It was Dad again,” laughed Donna.

“He [Brian Coyle] decided he wanted to run the girls competition and went to the Ulster Ladies Council and they have been 100 percent behind it.

“They have been so enthusiastic about it, and so helpful in the organisation in terms of venues, and appointing officials.”

So with the Ulster Ladies Council behind the event, surely it will grow from strength to strength in future years. But, will organisers St Paul’s continue to dominate the Ladies Football scene in Antrim?

“The gap has definitely closed in Antrim at underage level,” said Donna.

“There’s a lot more teams playing ladies football, there’s a lot of development going on in the schools, and that’s feeding into established men’s clubs.

“The likes of St Brigid’s are doing really well at underage, as are a few of the South West clubs. But in fairness we have a young squad and we’ll only lose two or three for next year.”

Meanwhile, the boys Ulster minor club final will take place on Sunday, January 1, with a 1.30pm throw-in at St Paul’s.

Armagh Harps, who overcame Antrim champions St John’s by two points in their semi-final, will face Derry outfit Watty Graham’s, Maghera, who booked their place in the final thanks to an impressive 2-11 to 1-4 win over Cavan champions Ó Raghallaigh Gaels on St Stephen’s Day.