Star out to create a piece of history 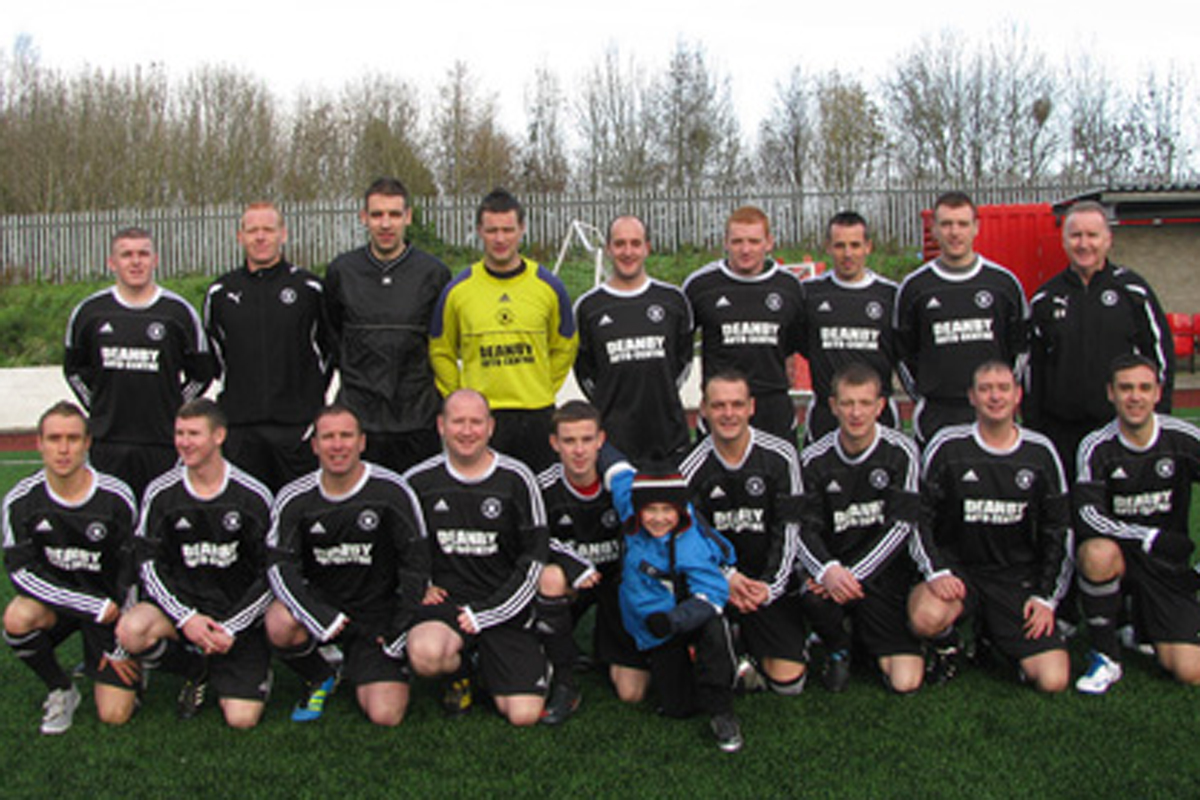 WHILE Crumlin Star have already created a piece of history by reaching the Border Cup final for the first time, they will now hope to finish off the job and bring the trophy back to Ardoyne when they face Islandmagee in the 2011 final at Seaview on Wednesday.

The Star will enter the game as underdogs against a team that plies its trade in the Premier Division of the Amateur League, but reputations count for nothing as Eamonn Hawkins’ side have shown already in the competition when defeating Premier Division club Albert Foundry in the third round.

Islandmagee are no strangers to North Belfast clubs and indeed accounted for Newington in the semi-final, winning 3-0, to dash the dreams of a local derby in the final.

They will hope to inflict further agony upon a side from the north of the city but Crumlin Star captain, Ciaran Burns, believes his side go into the game in the perfect situation as many people’s underdogs.

With the game being held on Seaview’s 3G surface, and Star used to the artificial pitch at their Solitude home, this may be one factor that could act in their favour but Burns isn’t counting on it.

“We play at Solitude and the 3G is a slightly different surface at Seaview,” admitted the 22-year-old defender.

“Obviously it’s not grass but I can’t see it playing much of a part.

“There is no doubt they will be going in as favourites and we are underdogs.

“To be honest that suits us as it takes the pressure off us.

“I believe they are a big, strong and physical side. They will be coming up for a battle but we are pretty confident that we can match them.”

Burns reports that excitement has already started to build ahead of the game and that everyone at the club is aware of the magnitude of the occasion.

With the Ardoyne club mere novices in the world of Intermediate soccer, they have certainly made an immediate impact and are a force to be reckoned with.

The North Belfast men enjoyed a 2-0 semi-final win over Newcastle with the goals coming from Paul Brown and Paul McLarnon so it is hoped they can continue their fine form on Wednesday.

“It (the build-up) has begun already; everybody is looking forward to it,” he added.

“This is the biggest thing for the club since we started playing Intermediate football.

“We only started there a year or two ago so this is huge, a really big day.

“As far as I know this is the biggest game in the club’s history.

“We have never gotten this far before and never played Intermediate football until two years ago.

“Now we are in the Border Cup and have managed to get into the final so that is a great achievement.

“For the people of Ardoyne and the whole district it’s a great thing and I would expect it will attract a lot of neutrals down to Seaview.”

The Star captain is fully aware that when he leads his side out on Wednesday it will be like nothing he has ever experienced in the game before.

To be the first Star team to reach the final is great but to win it would be even better and that is certainly the target.

He is well aware that the 1B club has proved that it can compete with the best that the Amateur League has to offer so with form usually going out the window in cup finals, it is up to them to show they want it that bit more and in doing so can fully announce the arrival of Crumlin Star.

“This is certainly the biggest moment of my career to date,” Burns revealed.

“I am still young enough but I haven’t achieved anything on this scale by captaining a team in the Border Cup final.

“Hopefully we can finish the job and be remembered as the first team to win it and help put the club on the map even more.”