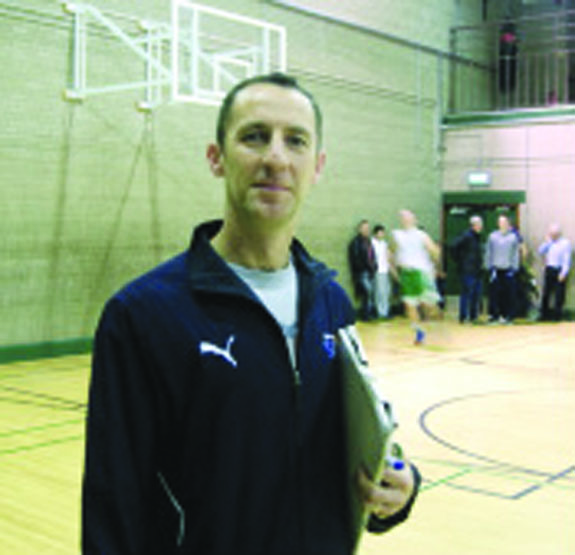 HEAD Coach Gerard Ryan leads his Belfast Star charges into the All-Ireland U18 National Cup final this weekend knowing his side has what it takes to upset favourites, Neptune of Cork.
Still, he’s in no doubt about the challenge that lies ahead.

“Neptune is a terrific side and they pose a huge challenge for us,” he said.

“But we have a team of fighters and that’s what we’ve been doing all the way in getting to this final.

“We had to overcome two powerful Galway sides earlier on – no mean feat – and then in the semi we were faced with the most talented Dundalk side we’ve seen recently.

“In all of those games we had to dig incredibly deep and thankfully we managed to do that.

“Yes, we know we’ll have to go even deeper than ever this weekend but we have a fighting side who share a remarkable spirit no matter who they face.”

That spirit has been evident throughout the Cup tournament for Ryan’s young squad.

Indeed, two weeks ago they had to produce a massive comeback to rescue the semi-final against Dundalk when all seemed lost. It was a truly inspiring performance.

Coach Ryan relied heavily on his bench that day with Eoin Hackett among those who pulled out a victory via telling shots when the side was struggling.

“To be sure, our bench helped to bail us out in the semi and if we’re to win at the weekend we’ll have to empty the tank across both starters and the bench,” he added.

“But these guys know that – and they’re ready to give it everything.

“Right across the squad we have a nice mix of old hands like Conor McDonnell and Denis Price coupled with new blood in the likes of Irish international Darragh Ferguson, Iandle Alvarado and Ryan Kingi who has certainly been a revelation this season.

“We know it’s going to be a tough game but these guys have what it takes.”

Irish Basketball Super League
Maree 59
Belfast Star 76
Star’s senior men served up another fine road win last weekend as they overcame Galway side Maree to retain their place at the top of the table alongside Tralee Warriors.

The game marked a hugely successful comeback for Conor Quinn who has been out since the start of the season after surgery on an elbow injury.

Coach Adrian Fulton was delighted with Conor’s contribution on the night as well as the big performances he got from Keelan Cairns, Dominic Lynn, Aidan Quinn and Delany Blaylock.