Support for Occupy Belfast will see protesters stand their ground 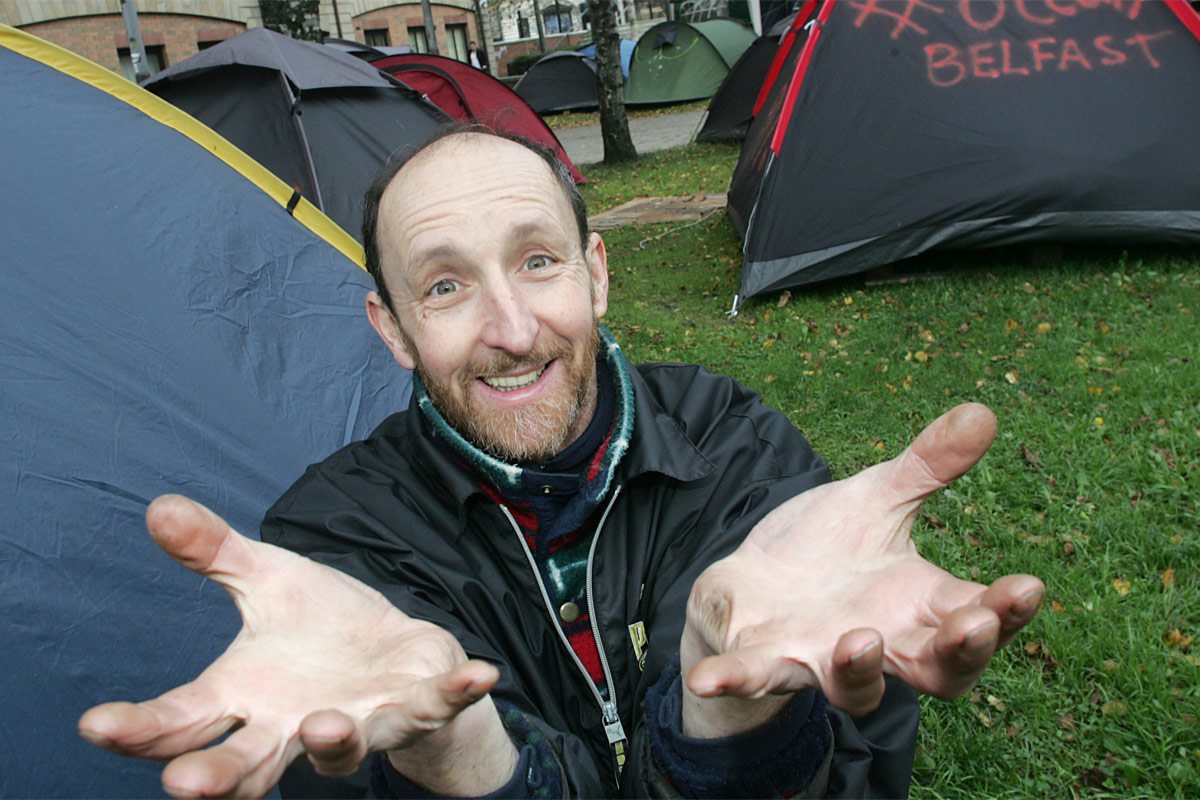 Anti-capitalist protesters camped outside a Belfast cathedral say they are willing to stand their ground long into the new year.

Around thirty people have been camping opposite St Anne’s Cathedral for just under a month as part of the Occupy Belfast protest.

The protest in Writer’s Square is one of many similar ‘Occupy’ protests around the world, with participants voicing their concerns over the greed that led to the global economic crisis.

One of the Belfast protesters, South Belfast man John Wright, said they will stay for as long as it takes for their message to be heard.

“We will be here in January, February, March, April, whatever it takes,” he told the Belfast Media Group last week adding the Occupy movement is an important voice.

“This is a big, slow moving force and I can’t see for certain what is going to happen, but at the very least it will prick the conscience of the people who should be doing what they are supposed to be doing – the financial services agency, banks, politicians – to improve the situation. But privilege creates privilege and ordinary people let it happen until people kick back a bit.”

He welcomed the protests outside St Paul’s Cathedral in London which led to the resignation of two senior clergymen at St Paul's earlier this month.

“That protest is very pragmatic. One of my basic tactics as a protest organiser is be where the police aren’t and that’s what they are doing.”

He said the Belfast protest has been receiving plenty of support from passers-by.

“The support we have had gladdens the heart. People don’t need to be told why we are here. Everybody knows the world stinks and business is corrupt and we are being led by the nose to pay for bankers.”