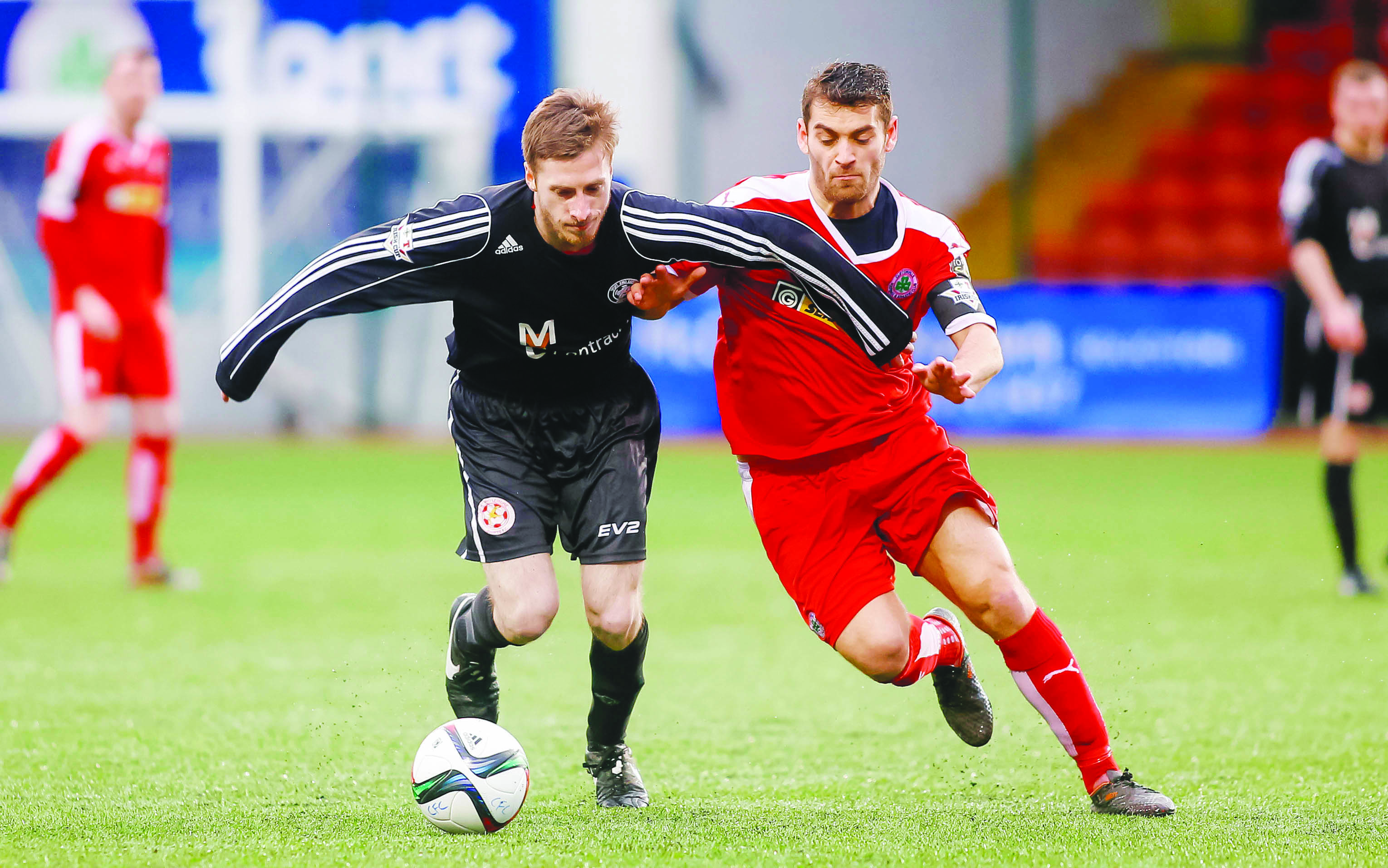 SPORT and Leisure Swifts manager Packie McAllister felt his side’s 4-0 defeat to Cliftonville in the Sixth Round of the Tennents Irish Cup flattered the North Belfast side.

Two early goals from Jay Donnelly had Cliftonville in the ascendancy early on, but the Swifts steadied the ship and it wasn’t until the last 20 minutes that the Reds put the tie beyond doubt with goals from captain, Ryan Catney and another from Donnelly to secure his hat-trick.

Speaking after the game, McAllister felt that his side performed admirably for an hour and showed some great character.

“Everything we talked about during the week went out the window when we were 2-0 down early on, but I have to give my players a lot of credit for the way we regrouped and for a good hour we were right in the game.

“We’d a couple of wee half chances when it was 2-0 and then the longer the game went on we pushed an extra one up to try and nick something. But we made two or three really bad mistakes for their goals and it’s not as if we were under pressure all day and our keeper was being peppered with shots and stuff like that.

“We showed great character, we’re not used to playing at their pace and tempo and they’ve obviously punished us, but it wasn’t a 4-0 game.”

At 2-0 down after nine minutes McAllister admitted he was slightly worried that his side would take ‘an absolute tanking’.

“I absolutely did worry 100 per cent,” said McAllister.

“We didn’t want to come here and get an absolute tanking and we wanted to come off the pitch with our heads held high and we did that.

“As I say, at 2-0 with 15 minutes to go we’re sort of going will we sit in? But at the end of the day maybe we’re better getting beat three or four instead than 2-0 and having regrets and not going for it.”

McAllister was full of praise for former Cliftonville reserve team striker Kevin Lynch who led the line well all day and proved a consistent threat.

McAllister feels his striker is capable of playing at a higher level.

“I said before the game, he will cause any central defence problems with his pace, his touch, his work rate and stuff like that.

“I honestly feel he should be playing at a higher level, but at this minute in time we are really glad to have him. He has been super for us all season.”

The Swifts are currently sitting in seventh position in Championship Two having played just 11 games with games in hand over a lot of the sides ahead of them. McAllister is targeting a higher finish than last season, when the Swifts missed out on promotion by just four points.

“We were four points off getting promoted so we want to improve and if we perform and show work rate and will to win the way we did today then we should win a lot of games in our league.

“They’ve set themselves standards individually and as a team today for a good 65 minutes at Solitude and that’s what we’ll be looking for every week now. We’ve a lot to look forward to.”