JUDE COLLINS: That special relationship is being reshaped 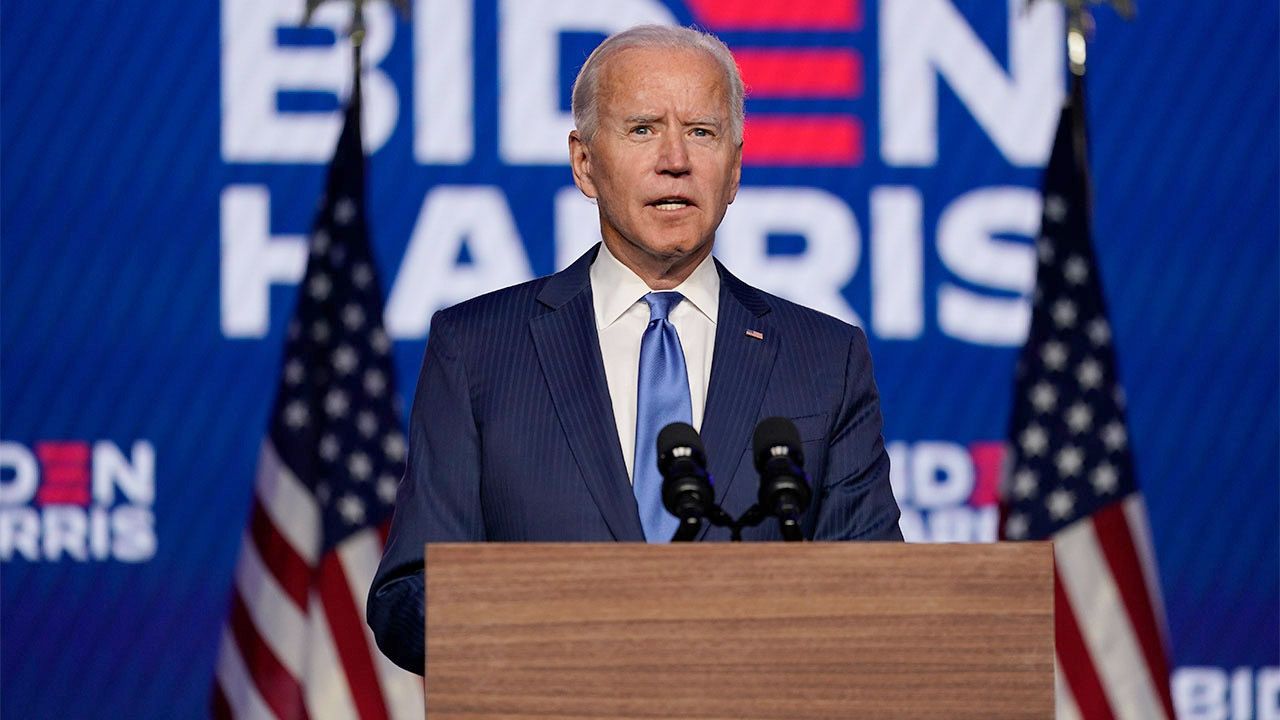 WHAT’S IN A NAME? A fit and healthy looking newly elected 46th President of the United States, Joseph Robinette Biden

WHEN Stan Laurel stood beside Oliver Hardy, Laurel looked smaller and Hardy fatter. When Eric Morecambe cross-talked with Ernie Wise, Morecambe sounded funnier and crazier in contrast to Ernie’s blandness. And when Joe Biden stood against Donald Trump and won, he seemed to save the US and maybe the world.

Check out Joseph R. Biden on your TV. He looks neater, fitter, and sharper because he replaces a man who was  bulkier, big-bellied and bombastic. People all across the US yelped in relief when word came through that their country now had a civilised human being elected as President.

In relief, and in joy. When’s the last time you’ve seen hundreds of young people gathered in cities to celebrate the election of a 78-year-old man of limited charisma?  While not down-playing Biden’s achievement, the jubilation centred more on the fact that Trump was headed for the door marked ‘Exit’ than that Biden was headed for the door marked ‘Entrance’. That’s why a couple of dozen young people assembled at a Trump building in Chicago and mooned it, some of them with a single letter daubed on their butt, which combined with other butts to spell out what they thought of Trump and which can’t be repeated in a family newspaper.

America, I’m honored that you have chosen me to lead our great country.

The work ahead of us will be hard, but I promise you this: I will be a President for all Americans — whether you voted for me or not.

I will keep the faith that you have placed in me. pic.twitter.com/moA9qhmjn8

But hold. The Democrats, Joe Biden’s victory aside, didn’t do nearly as well as they’d hoped they might.  The Republicans will very probably be in a majority in the Senate, and the Democrats have dropped somewhere between seven and a dozen seats in the House of Representatives.

That said, there are things Biden can do. He has begun well by doubling down on his opposition to any British interference with the Good Friday Agreement. He’s made it clear that the UK will have to join the queue if it wants a trade deal. As one TV reporter put it: “The good news is that the special relationship is alive and real. The bad news is that it’s between the US and Ireland, not the US and the UK.”

And sometimes it’s the little barbs that hurt most, as when a reporter announced to Biden that they was from the BBC, only to have Biden respond “The BBC? Hey, man – I’m Irish.” Oooouuuch.

When you think of the problems Biden must confront, it’d be easy to feel discouraged. Covid-19, which has so far claimed almost a quarter million US lives. Yes, there’s a vaccine on the horizon, but don’t hold your breath while waiting for your jab. The American economy has been bleeding horribly. The unrepentant Trumpites, all 71 million of them, believe Trump when he tells them about ballots having been dumped, impersonation at the ballot box, immigrants are rapists.

If Biden can bind the wounds and bring Americans together in more or less civilized dialogue, that in itself will be a huge achievement.

They say that in his later years as Irish President, de Valera, by then almost totally blind, would be led along the touchline at international rugby matches. Seeing him, the crowd would break into loud applause, at which point Dev would straighten, stride more firmly, feed on the applause cascading down to him. I believe something similar has already started with President-elect Biden. Each time he has been seen and spoken, he looks and sounds like a man who has been energised, brought to life by the public trust placed in him.

Finally, two fun facts. Joseph R. Biden’s middle name is Robinette, and no, Virginia, I don’t know what his mother was thinking of either. Donald Trump’s granny, on the other hand, had the maiden name Christ.  When she married Fred Trump, her  name became Christ Trump. There’s something oddly apt about that.