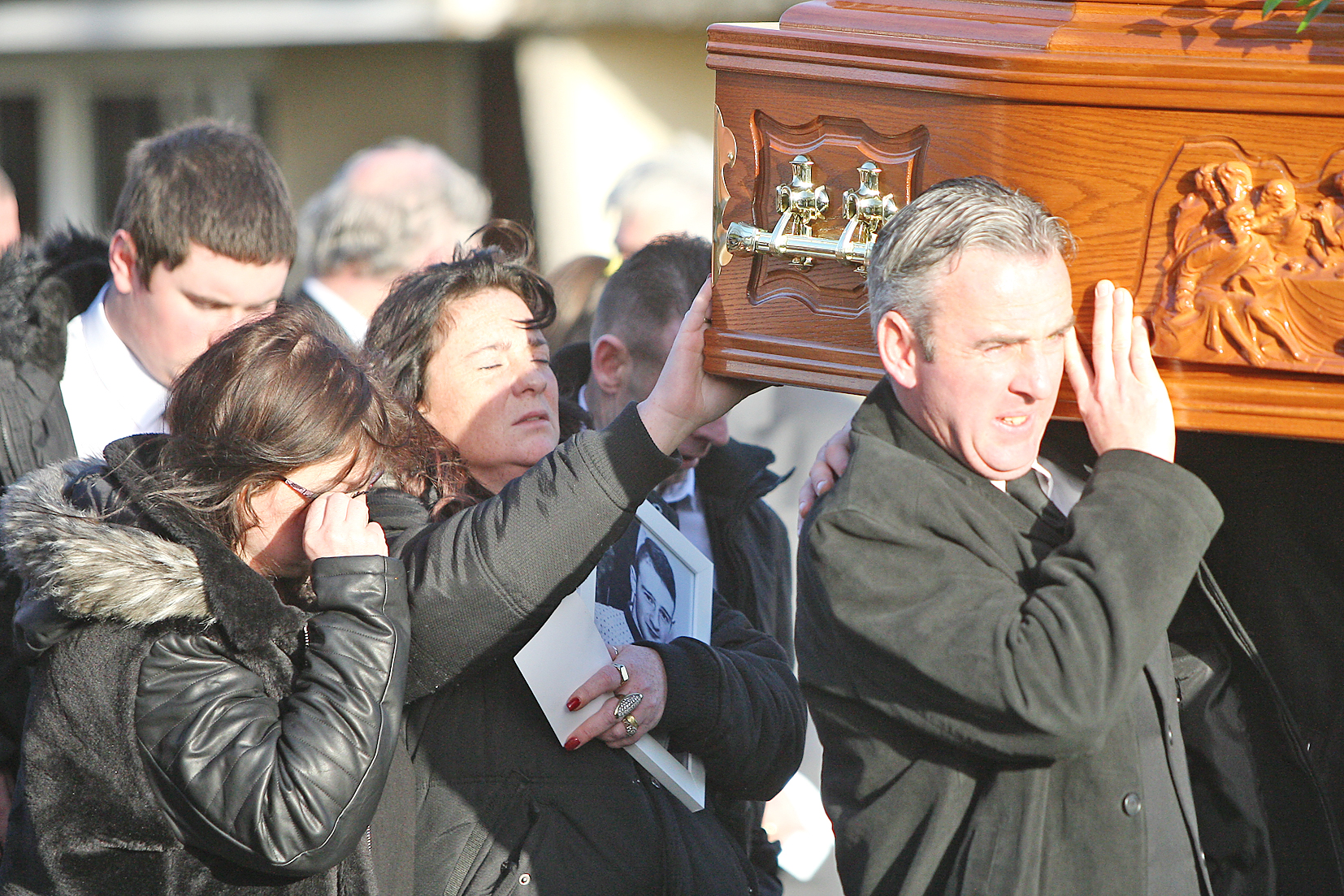 Christopher Meli’s mother, Vanessa Burke, clutches a portrait of her son while touching his coffin

A lone piper led the family and hundreds of friends of murdered 20-year-old Christopher ‘Cricky’ Meli to New Barnsley’s Church of the Annunciation for his Requiem Mass yesterday.

The father-of-one from Sliabh Dubh Lane was brutally beaten to death on waste ground near Glasvey Close in Twinbrook in the early hours of Saturday, December 13.

Inside the church Mr Meli’s coffin was placed close to the Christmas advent wreath and his photograph placed on top. In the Mass booklet Christopher was pictured with his two-year-old son Kyle Christopher.

Curate of Corpus Christi Parish and principal celebrant, Fr Aidan Denny, said: “Nothing can prepare us for something like this. Naturally we ask why it happened. There is a tendency to say it is the will of God. But let us be perfectly clear. God did not will this tragedy to happen. In the space of a minute or two your whole world can be turned upside down.”

Fr Denny described Christopher’s death as “so sudden it is like the lights have suddenly gone out,” but he added “utter darkness will be lifted by the light of Jesus Christ.”

Some of Christopher’s friends stood in the bitter winter wind wearing t-shirts in his honour with his photo printed on them and the simple message ‘Rest in Peace’. Floral tributes to the former De La Salle College pupil spelt out ‘Daddy’, ‘Brother’, ‘Grandson’ and ‘Cricky’.

Our Lady of Knock was sung as Mr Meli’s coffin was carried from the church and placed in a horse-drawn funeral carriage. His mother, Vanessa Burke, clasped a photograph of her eldest son as mourners made their way to the City Cemetery where Christopher was laid to rest.