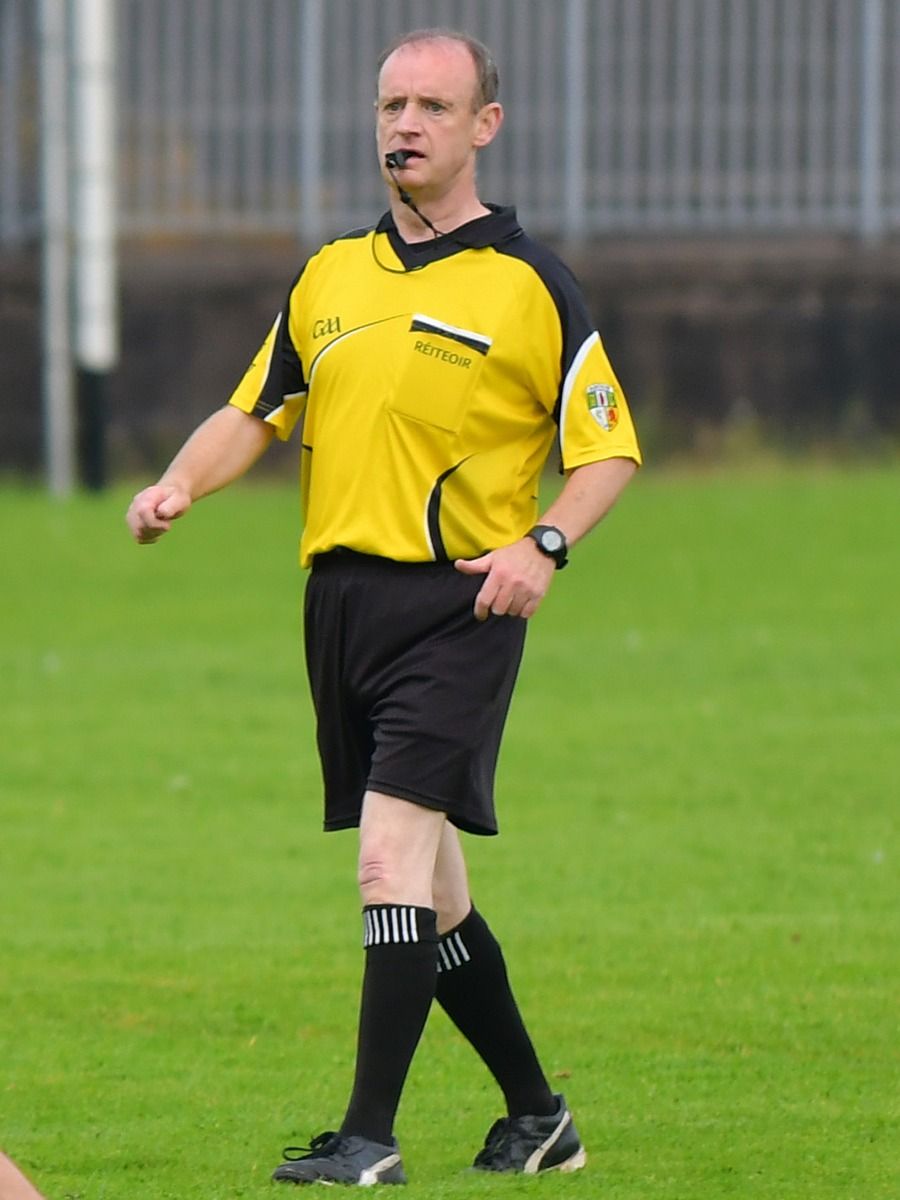 GAA fans might wonder why anyone would ever want to become referee, but Paul 'Morph' Hughes did it because he loved the craic and he loved Gaelic Games.

The popular and well-respected O’Donnell’s clubman passed away on St Patrick’s Day. The 51-year-old was admitted to the Royal Victoria Hospital on March 5 and died 12 days later.

Affectionally known as 'Morph’, Paul was a well-known figure in the local GAA community and was a former player and committee member of O’Donnell’s GAC.

Former Antrim and Naomh Éanna coach Pat Hughes said his brother’s stroke was “a bolt from the blue” adding that the scores of messages on social media over the last week has been a source of comfort for the family.

“He (Paul) never took a drink and he never smoked in his life,” said Pat.

“You look back and try and piece things together and see if there were any signs, but it was a bolt out of the blue.

“It was a huge shock to us. He was in good health. He loved the refereeing – he loved the craic. It just suited him. He enjoyed it and he didn’t take himself too seriously at the same time. There were so many messages posted online which was nice to see.”

A painter and decorator by trade and a father to two sons, Alex and Ryan, Paul was laid to rest on Saturday following requiem mass at St John’s Chapel.

Although his passing wasn’t Covid related, the funeral was still subject to the same restrictions, but Paul’s fellow Antrim GAA referees were able to give him a socially-distanced guard of honour.

The @south_gaa divisional board are deeply saddened by the death of Paul Hughes. Paul was a member of @GacOdonnells , and was also one of our best and most willing referee's. pic.twitter.com/0KKULTdZMo

“The restrictions are tough on the families," added Pat.

"We had to give Fr Magill a list of 23 names who could attend along with the priest and a singer. It is for track and trace and you have to tick the names off as they come in. These are strange times and we’ll all glad be to see the back of it.

O’Donnell’s posted their own tribute to 'Morph' on Facebook, saying: "The committee of Cardinal O’Donnell’s are saddened to learn of the death of club referee and former committee member Paul 'Morph' Hughes. Our thoughts and prayers are with his family at this sad time, especially his children and brothers, Pat, Pearse, Sean and Martin. May he rest in eternal peace.”

The Antrim county board also paid their respects to the hugely popular official, adding: “Coiste Chontae Aontroim CLG are saddened to hear of the death of O’Donnell’s man Paul Hughes and member of the Antrim referees panel.

“Our thoughts and prayers are with entire Hughes family circle at this sorrowful time.”