Ulster JFC: Fresh challenge for Pearse’s who get set for provincial campaign 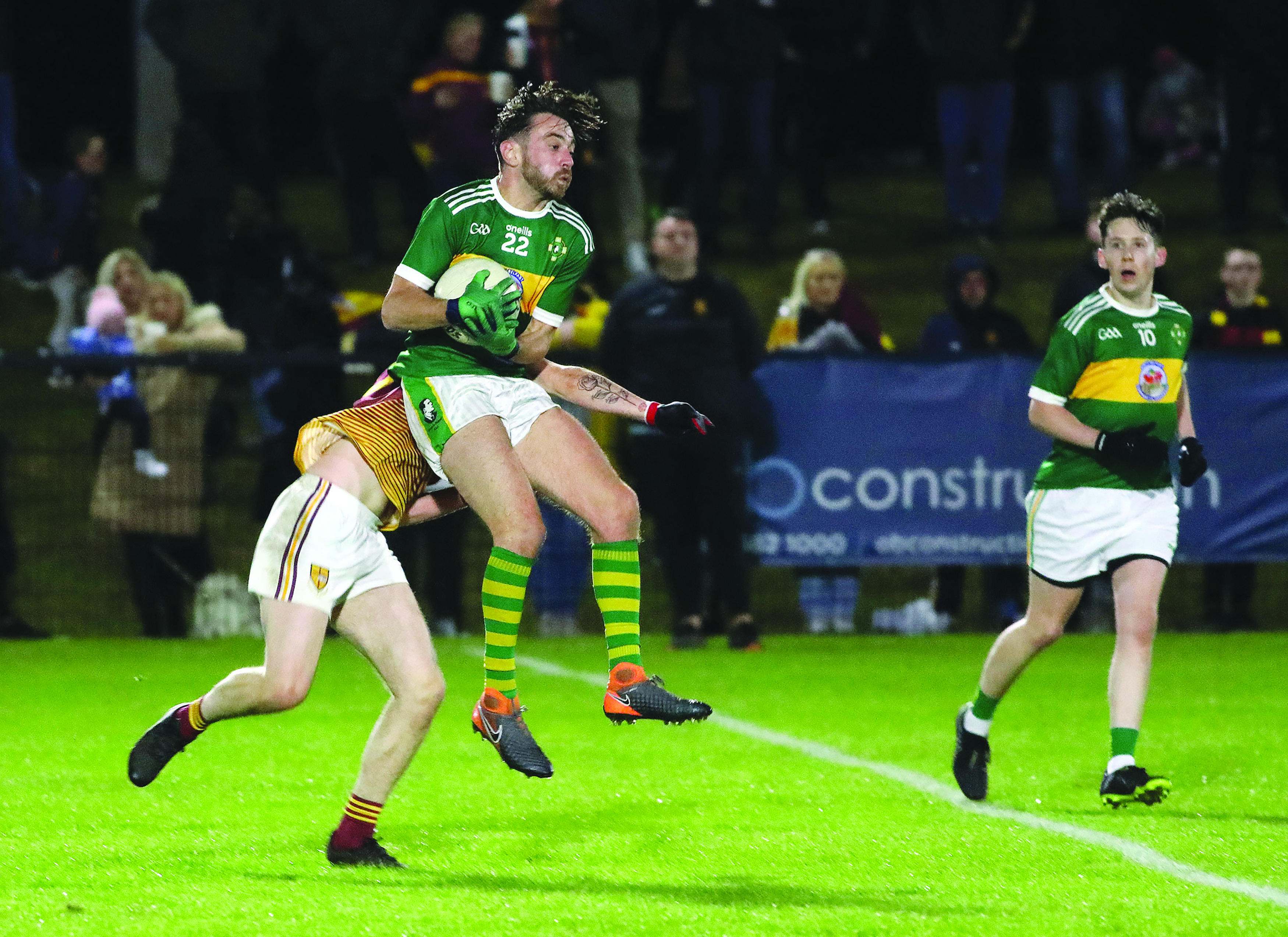 THE objective at the start of the year for Pearse’s may have been to win the Antrim Junior Football Championship, but having done so, now the challenge is to see how much further they can take it as attention turns to Ulster.

On Sunday, they will make the trip to Brewster Park in Enniskillen to face Erne champions, Newtownbutler First Fermanaghs.

The North Belfast men impressed in their Antrim final win over O’Donnell’s, but moving into the provincial arena is a step into the unknown to an extent, yet a challenge that Pearse’s are relishing.

Newtownbutler are in a similar boat although their Fermanagh Championship win in 2016 gave passage into Ulster, so they will have experience of playing at this time of the year when pitches are heavy and challenges are fresh.

They overcame Aghadrumsee in their final three weeks ago with Diarmaid King the star of the show with eight points, while there is plenty of experience in their ranks with veteran Ryan Carson still an influence.

“If we are looking back at history, this would be very much bonus territory,” said Pearse’s joint-manager Marcus Kelly when looking ahead to Sunday.

“I don’t think many teams target a run in Ulster during the season, but given the fact we’re still operating so late in the year, we’ll not be there to make up the numbers.

“Looking back at the results over the past 10 years, it would appear the Junior champions from Antrim don’t get past the first round in the provincial stage. That’s something we’ll look to change although Newtownbutler is a good side and we’ll be up against it.

“Thankfully, with the advances in technology, we were able to view their final a couple of weeks ago.

“They played a really open style of football, no sweeper or packed defence. Similar to us, they have very good attacking forwards and they are very strong around midfield.

“That was a really open game of football. They managed to edge it by two points, but is was free-flowing and a good game to watch. I don’t anticipate they will change their style too much when we come up against them this week.”

Pearse’s have plenty of pace in attack and should they manage to get on the front foot, they can ask plenty of questions of Newtownbutler with Fionn Grew, Sean Moreland and Naoise O’Cuilin all well able to compliment those who picked up Antrim Club Allstars.

“There’s a lot of pace and athleticism up front and midfield, so hopefully those fellas will be able to produce performances similar to what they did in the club final and that will be enough to get us over the line.”

Following their county title win, Pearse’s rightly enjoyed the celebrations and have had time to savour that win before refocusing on Ulster.

Managing those four weeks has been tricky, but after the players caught up on what they had temporarily moved aside in pursuit of Antrim glory, they have returned and put their shoulder to the wheel ahead of Sunday.

“It will be four weeks and has felt longer if I’m honest,” Kelly said of the gap.

“It’s been a bit of a challenge as we haven’t had full availability over the last few weeks.

“Fellas postponed a lot of things in the build-up to the club final like work commitments, time away with family and things like that, so it was natural enough that once the club scene ended that would take precedence for a while.

“But we’ve had a good week and a half up until now and this week planned as well, so hopefully we’ll be in a good enough position to build a platform where we can perform on Sunday.”

🏆 A field full of Champions...

In many ways, this feels like starting again as the prize on offer is different, but it is also a glorious opportunity to go on a run and have a crack at the provincial title and then, who knows?

The message is simple: seize this opportunity as they don’t come around often.

Pearse’s proved through their domestic campaign that they have plenty of talent to make a splash at this level, so it’s about adapting to the new surroundings of the Enniskillen venue and delivering.

“We said to the players this is a once-in-a-generation opportunity,” Kelly revealed.

“It’s a massive honour to represent your club, but to do that on the provincial stage against the champions of other counties is the stuff dreams are made of.

“We’re just trying to encourage them to grab it with both hands as days like this for their club don’t come around very often, so seize the opportunity.”