Ulster Schools’ chairman Smyth rues the 2020 competitions ‘that got away’ 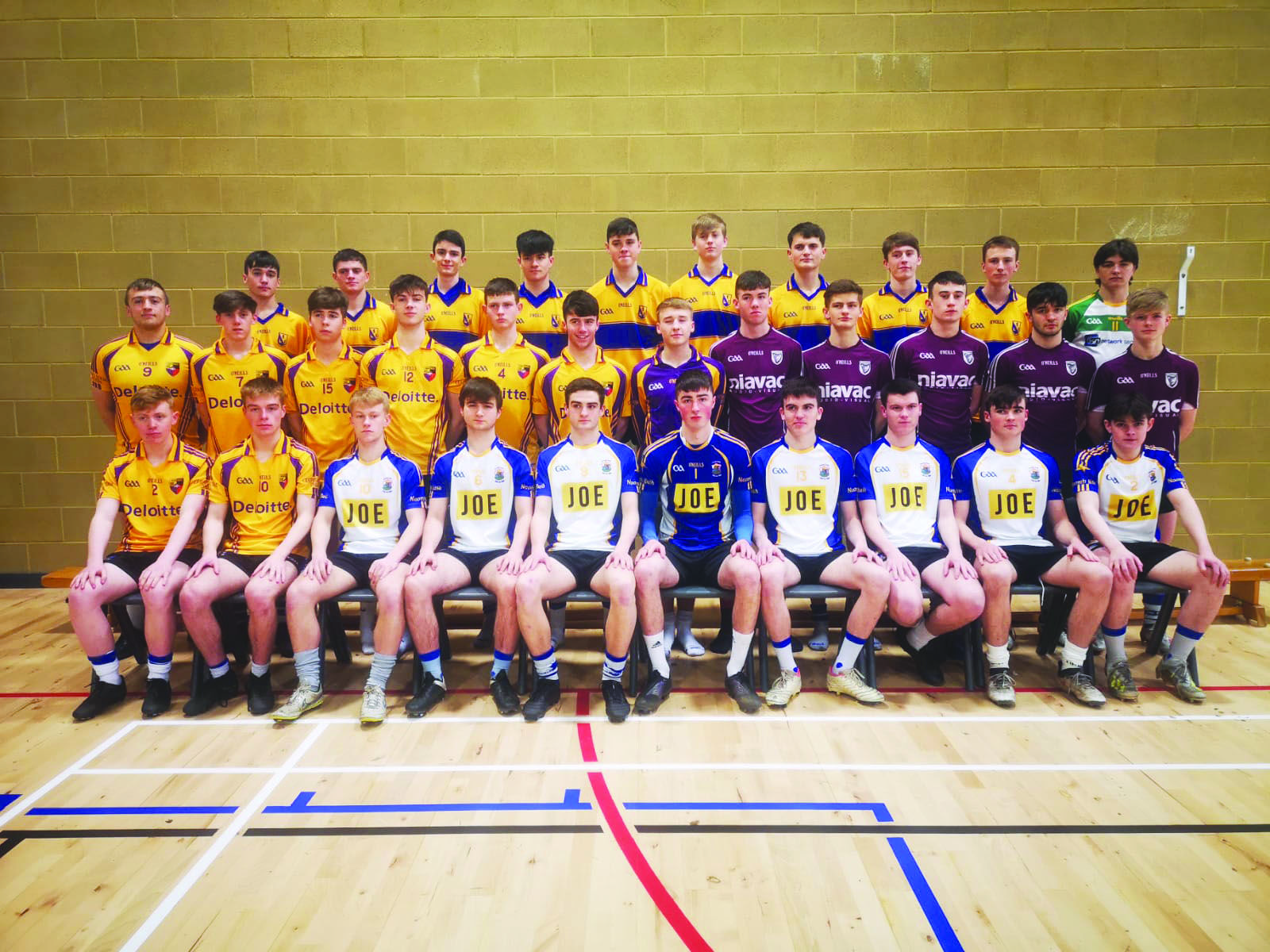 Our Lady and St Patrick’s College, Knock, were due to face St Patrick’s, Magherafelt in the 2020 MacLarnon Cup final but the pandemic ensured the game was never played

By mid-March, the Covid-19 outbreak resulted in events being cancelled across the world as the first in what seems like a never-ending series of lockdowns began.

By March 17, most pubs had shut their doors, parades were cancelled and the traditional St Patrick’s Day celebrations were put on hold for a year.

The GAA had already moved the All-Ireland club finals to January, but the School’s finals were scheduled for St Patrick’s Day at the Athletic Grounds.

The MacLarnon Cup final was to be contested by Our Lady’s and St Patrick Knock and St Patrick’s, Magherafelt with the MacRory decider, featuring St Colman’s Newry and St Pat’s Maghera, forming the second part of a double-header in the Cathedral City.

Yet, for the first time, the MacRory Cup competition wasn’t completed with St Pat’s Maghera and St Colman’s sharing the famous trophy for 2020.

The history books will also show that the 2020 running of the MacLarnon Cup was shared by OLPSPK and St Patrick’s, Magherafelt. The future of this year’s competitions is still unclear.

While the vaccine rollout provides hope of a return to some form of normality, Covid-19 cases remain stubbornly high and there seems a reluctance from governments North and South to reopen too much too soon.

School may yet return in March and Ulster Schools’ GAA chairman Jimmy Smyth hasn’t ruled out trying to run off this year’s competitions before the end of the academic year.

“I had met Brian McAvoy (Ulster GAA secretary) in the Armagh Theatre on the Friday before hand and he envisaged that the MacRory final would have to be pulled,” Smyth recalled.

“That was scheduled for St Patrick’s Day and everything evolved from that. We tried to get the MacRory final moved. Leinster and Connacht managed to play theirs, and we had hopes that we could play it in September/

“The problem was that there were only limited windows and we were hoping to wait until the clubs finished their competitions and then dovetail in at the back of that.

“But we had boys who had left school and gone to university, so how could we bring them to train? Would they be coming in cars? Then you’re into bubbles etc and it just became a nonsense, so we couldn’t do it.

“We had planned this year to get going but we were faced with another lockdown. We knew that if we got the schools back on board by mid-February we had enough weekends to come to the final stage but that has gone now. The latest is that if we open up in March we could play up to May 1. But it’s an ever-changing scenario – we’re at the behest of the people who call the shots.

“You can’t start if the powers that be pull the plug on you and, much as we would like to do it, we just can’t do it.”

Trying to plan competitions in the midst of a pandemic can seem like an exercise in futility.
As if to highlight the challenges posed by sporting bodies, the prospect of Gaelic Games returning at a national level in the short-term was revoked with last week’s news that inter-county teams are no longer classed as elite under Level 5 restrictions in the South.

Following a meeting of the GAA’s Covid Advisory Group, it was confirmed that there will be no Gaelic Games activity until at least Easter (April 4). Smyth’s views on Schools GAA were given as part of an interview facilitated by the NI Sports Forum.

A former MacRory Cup winner himself with St Colman’s College, Smyth bemoaned the fact that last year’s showpiece finals were not played and sympathises with the players who lost out on a key moment in the young sporting careers.

“When you’re a first year at a school and you walk along a corridor, you see all the football teams that represented the school and were successful in the MacRory,” Smyth pointed out.

“When I went to St Colman’s I looked at the 1949 team and you say to yourself: ‘I wonder will I ever be up on that wall?’

“This year those lads from St Colman’s and Maghera went right through the year to get to the MacRory Cup final, as did St Patrick’s, Magherafelt and Our Lady and St Patrick’s, Knock who got to the MacLarnon final.

“Those finals were their days in the sun on St Patrick’s Day with BBC cameras and the whole lot and if they’d won, they knew that when they returned to their old school in 30 years’ time with their son and they walked along the corridor they would have their picture on the wall. But now there’ll be a gap on the wall. That’s the big killer – the one that got away.”

It is not just the panellists from the MacRory and MacLarnon teams who have missed out over the course of the last 12 months.

There are dozens of different competitions run off over all codes and at all levels.
Smyth feels that the bonds and friendships forged while training and playing on a schools’ team is also something young people are missing out on while so much is on hold at present.

“I know we talk a lot about the MacRory and the MacLarnon and they are the big competitions, but we run 70 competitions a year but there is an awful lots of work that goes on within the schools in terms of internal school competitions and all the different training that goes on,” said Smyth.

“But that’s not the be-all and end-all. Children are missing out on this essential togetherness and fun and memories which are the big things as far as I’m concerned. We’re facing the situation now where we will have year nine children who, in two years, will not have played in a schools’ competition which is very, very sad.

“Year nine is the competition that we push, we go for total participation in that – we play three halves as such and everyone gets game time.”

There are genuine concerns across a number of sporting bodies about the long-term impact the Covid-19 pandemic will have.

From finances to participation levels, every sport will have challenges to face when live returns to normal, hopefully, in the near future.

However, Smyth feels that the GAA are well-placed to cope with these challenges and feels the benefits of playing sport will sustain participation numbers.

“The GAA is a great thing for hope and the GAA will pick up the pieces again, added the former Armagh captain.

“The big losers in all of this are young people, underage. Looking at my own club (Clan na Gael, Lurgan), no matter what night you would have gone there the pitches would be full of young people playing football and that would be replicated across the country.

“The benefits of sport to society are unreal – the very fact that a parent can see a child going out to their sports club, whatever sport it may be.

“They know their child is going into a safe environment doing a physical activity with all the benefits that come from that.”

The flagship competitions from 2020 may not have been played, but there remains a small window of opportunity for some schools’ competition in 2021.

After a year of false dawns and failed restarts, it would be heartening if the classes of 2021 get their chance to get their photos on the walls of their respective schools and colleges.