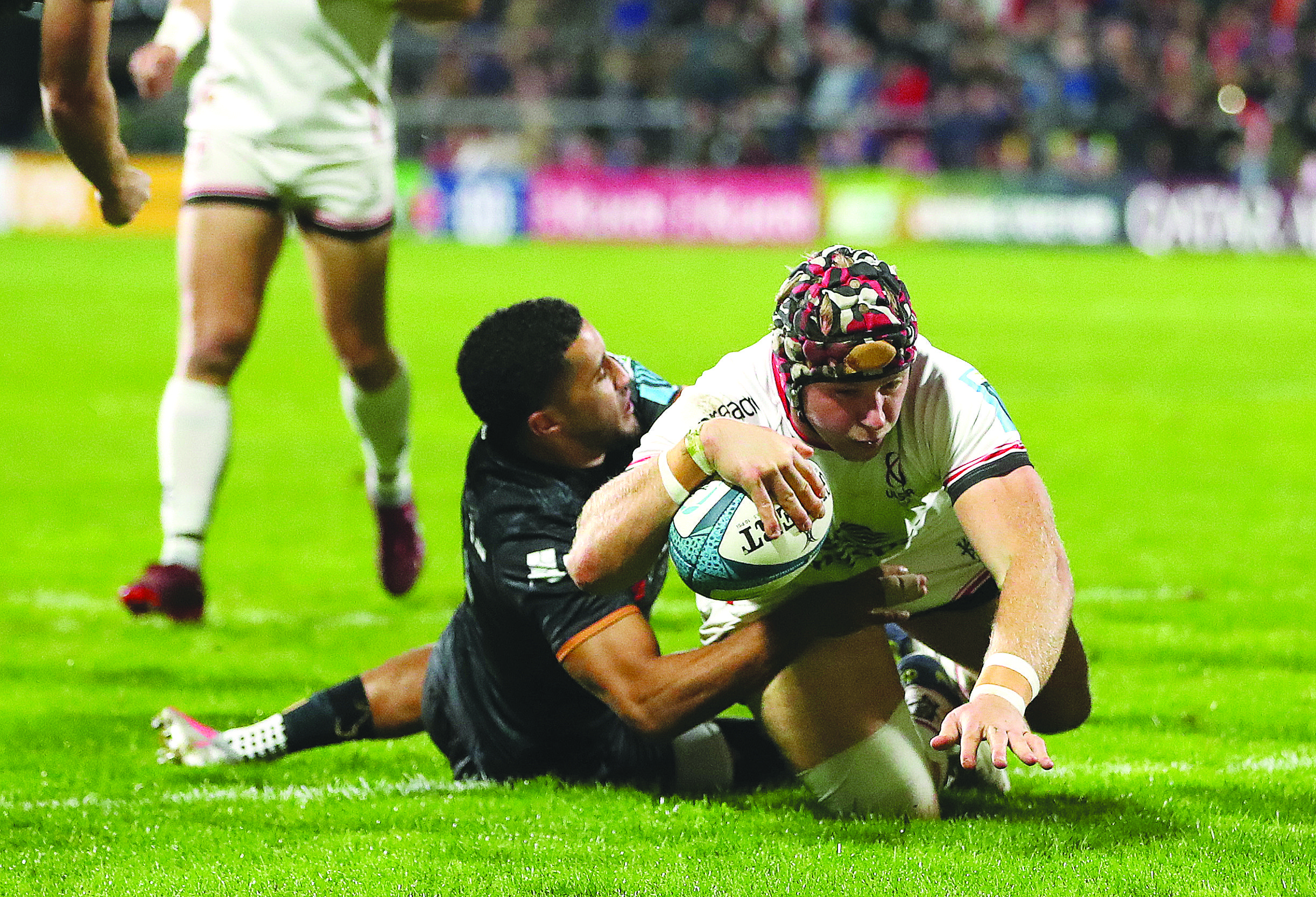 SOUTH Africa wasn’t much of a happy hunting ground for Ulster last season, so the aim will be to reverse those fortunes as they get ready for the first of two away games in the United Ruby Championship ever the next couple of weekends.

First up on Saturday is a meeting with the Emirates Lions in Johannesburg at the Emirates Airline Park (1pm Irish time, live on Premier Sport), just over a year to the day when they scored a 26-10 home win over the same opposition.

Ulster would subsequently lose on their travels last season to the Stormers and Bulls before a return to South Africa for a semi-final rematch against the Stormers they would lose at the death in heartbreaking fashion.

Therefore, they will be keen to turn this around against a side that is back on home soil after their own travels when they won all three games against Welsh and Scottish opposition after a narrow opening day reverse against national rivals, the Bulls.

While both teams have won three and lost one so far this season, Ulster are three points ahead in second place in the overall standings thanks to bonus points accrued.

Dan McFarland’s side head in off the back of a very impressive 47-17 home victory against the Ospreys on Saturday that will have helped put the previous week’s home loss to Leinster in the rearview, but the challenge will be great over the next two weeks, but one they will embrace according to Luke Marshall.

“We were probably unlucky, especially in that first same against Stormers,” he told Ulster Rugby TV.

“Against the Bulls, we played really well for 50 minutes and were leading at half-time, but just slipped away at the end, so there was lots we learnt from that.

“Hopefully we get better, but on the flip side, the South African teams have got better again.

“The personnel they have coming in after the Rugby Championship is quite a scary prospect, so hopefully we can learn from our mistakes last year and learn from the experience in South Africa.

“It’s a great challenge and one we’re looking forward to.”

Ulster are bolstered by the return of those who were part of the Emerging Ireland squad that won all three games in Bloemfontein with Rob Baloucoune named to start in the back three alongside Michael Lowry and winger, Rob Lyttle.

In a strong centre partnership, Luke Marshall will be looking to add to his three-try scorecard this season alongside Stuart McCloskey who also crossed the whitewash last weekend.

Leading points scorer in the URC this season, scrum-half John Cooney, is paired with Billy Burns in the half-back positions.

Springbok, Duane Vermeulen, will be on home soil when he pulls on the number eight jersey for Ulster. 25-year-old Marcus Rea and Dave McCann, also identified as a young talent to watch by the Ireland set-up, will pack down alongside him.

Skipper, Alan O’Connor, forms the second row with Wallaby, Sam Carter, one of two players last week who contributed a brace of tries to the seven-try win over Ospreys at Kingspan Stadium.

“It’s so competitive now in the URC, home and away," said forwards coach, Roddy Grant.

"With the South African teams, they have some really good packs, and the travel is also exciting. This week, just like every week, we are preparing to play and win.”