Walsh taking the positives from extended break ahead of new campaign 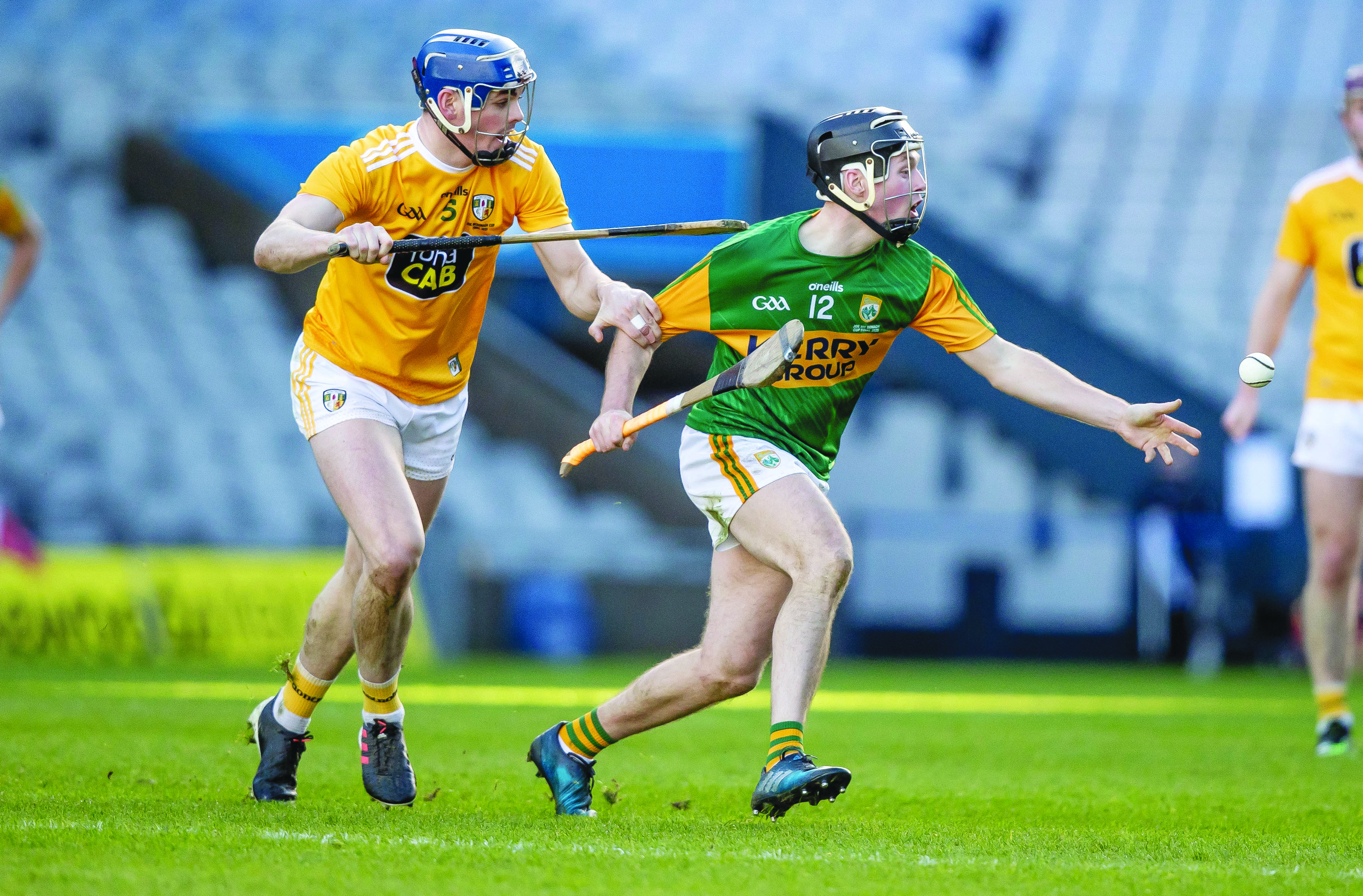 DESPITE the GAA season put back until after Easter at the earliest, Antrim hurler Gerard Walsh insists he and his teammates are looking to the positives during the longer than expected off-season.

With inter-county Gaelic Games no longer deemed ‘elite sport’ and therefore unable to return under the Level Five exemptions afforded but he Irish Government, players have been left somewhat in limbo.

Initially, the National Leagues were due to begin at the end of this month, but with restrictions extended, that became late March and then early April given teams would require four weeks of collective training before they are ready to return to competitive action.

Last week’s announcement by the Irish Government stunned many with Easter Sunday (April 4) suggested as the earliest time that on-field activities can resume, meaning that only then could training resume with games pushed back later again.

That is up for review in the coming weeks and there have been some whispers that clubs may now be first to return with the inter-county season pushed back until later in the year.

That is still to be decided and while the uncertainty is far from ideal, Walsh feels the break may benefit some players who are shaking off knocks sustained during the 2020 season that ran until the middle of December.

“There is a positive that comes out of everything,” said the Rossa man, who was named on the GAA/GPA Joe McDonagh team of the year earlier this week.

“With the condensed season last year, a few lads had niggles and injuries. With the delayed period now, this has given them the opportunity to sort those injuries out. It also gives lads the chance to work on their gym work or aerobic fitness, so I think it’s important that when we are back, everyone is ready to put their shoulder to the wheel and I’m sure everyone will be given what happened last year.”

During the initial lockdown last spring, Antrim’s hurlers were given training programmes to work on individually and it was clear that no corners had been cut given their conditioning by the time the inter-county season resumed in October.

It is a similar situation now, but the down time also affords the opportunity to recharge the batteries and spend time with family members that the players have been happy to do as they await the green light to return to the training field.

“Lads have their own gym equipment and the boys have been trusted to do their own training,” reports the St James’ man who is studying for a Masters.

“Everyone is keeping themselves reasonable, but the important thing now is to spend time with the family and give attention to those you don’t the chance to when you are with the county.

“Everybody involved knows that when the time comes to go back to work, we’ll be busy boys, so everyone is keeping themselves right at the minute.”

When the Saffrons do return, they will face into a season back in the top flight in both League and Championship thanks to their exploits in 2020.

There are members of the panel who have experience of playing at the highest level, but many more of the newer faces will make the step-up to the top table for the first time and this is a huge opportunity for all.

While there will not be the same expectation of success this year given they are pitting themselves against the top teams, Walsh says all are, looking forward to testing themselves and making further progress as a team.

“There are plenty in the panel who have been at the top level before and some who haven’t, so that is a good opportunity for them - myself included - to get up to that level,” he added.

“We will relish the challenge as there’s no real pressure on us. Last year, I think a lot of the lads put pressure on themselves to win the Joe McDonagh and the League, and there was external pressure from the fans and people that we would win both.

“This year, the expectations won’t be as big. We’ll be expected to do well and perform well, but I’m not sure too many will be expecting us to win the All-Ireland. We’ll just be looking to give it a good lash and see where we are closer to the time.”