SQUINTER: Van and Ian, a song for the ages (and it's buck-shee) 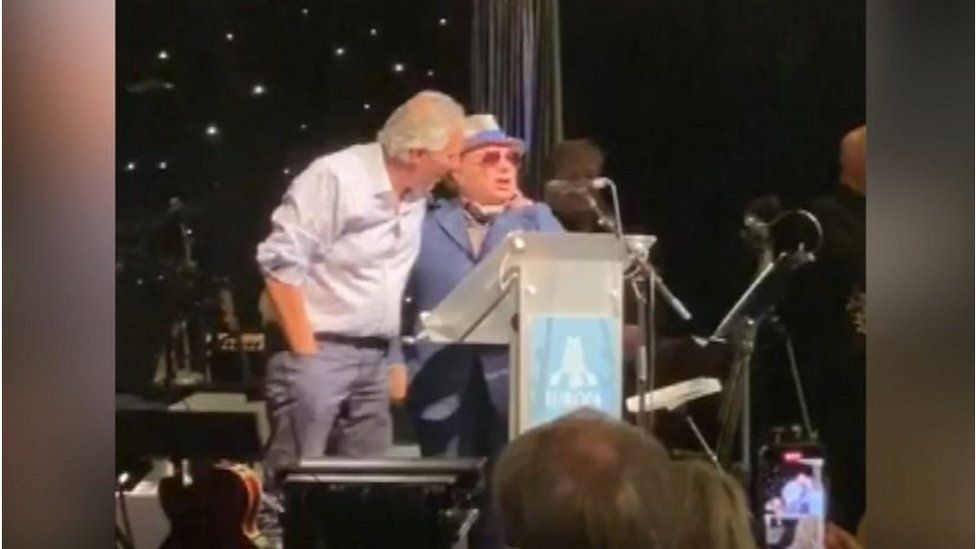 ALL TOGETHER NOW: An East Belfast singer and a North Antrim fan

Come hear the story of Ian and Van,
An East Belfast singer and a North Antrim fan.
It’s a saga of courage of faith and of hope,
A lesson in living and learning to cope.

Though he gained global fame with a mike and a sax,
In his spare time Van Morrison studied the vax.
He went on to night school and learned all the science
And he pondered the benefits of lockdown compliance.

Then he scorned all the experts, the W.H.O.,
Stuff all their data, sure what would they know?
So he took to his study and wrote all day long
And emerged late at night with a shite lockdown song.

He’d worked out the truth and he wanted to say it,
But at the end of the day he’d nowhere to play it.
For the pig fascist cops had closed the place down
And a deep deadly silence draped city and town.

And who was to blame for this horrible crime,
What evil destroyer, what sick human slime?
And the name of the demon, Beelzebub’s pawn,
Was the Ballymena man-beast, Wee Robin Swann.

So Van picked up the phone and he called his big mate,
‘Here, Ian, just listen and I’ll tell you straight,
I’m heading to Belfast to take up the fight,
Please join me I’ll be there this next Thursday night.’

And Van told of how he’d a series of gigs,
That would help get one over on Simon Byrne’s pigs.
‘A cabaret supper on five different nights
To help us claim back our God-given rights.’

‘I’ll be there,’ said Ian, ‘it’s the least I can do.
I’ll be there bright and early, the front of the queue.
I’ll crawl over glass and through hedgerow and thicket,
But tell me this, mate, how much is a ticket?’

And Van he explained it was concert and dinner,
The plan was a great one, a definite winner.
‘I’ll play all my old songs and my new lockdown hits,
I’ll keep on performing till Robin Swann quits.’

‘Yes, yes,’ said Ian, ‘I understand that,
I know you’ll get rid of that UUP prat.
But I ask once again, for this marvellous treat,
How much will it cost me to purchase a seat?’

‘The supper is foie gras and thick fillet steak,
And then I’ll be coming on after the break.
But I’ve got you a discount, don’t worry, kid,
The night’s only costing you five hundred quid.’

Then Ian felt queasy and had to sit down,
As Van went on talking of the big night in town.
‘So you and Fiona get me and my band
And a lovely big dinner for only a grand.’

Ian breathed deeply and then closed his eyes,
And Van was perplexed by his whimpers and sighs.
‘You don’t understand,’ Ian said at long last,
‘You know I’m a big deal, my power is vast.’

And he told Van that while he was happy to go
And take up his place at the big Belfast show,
And that while his commitment was deep as the sea,
He’d only be there if his ticket was free.

‘I’ve lain under palm trees on tropical beaches,
I’ve flown to the planet’s most sumptous reaches.
I’ve ridden on elephants, been picked up by choppers,
My limos escorted by motorbike coppers.

'I’ve dined out in restaurants with Michelin stars,
Sipped cocktails and champagne in swish rooftop bars.
The people and places I’ve seen are so many,
But none of it cost me a cold Ulster penny.
That’s just how it works, that’s the way that things are,
You have to be nice to a  Westminster star.
But think of the benefits sure to accrue,
There’s so many things I’ll be able to do.

'I’ll join you on stage and we’ll give them quare craic
And make fun of Wee Robin, his heart hard and black.
Then after we sing and we banter and mock,
I’ll stick up a piece on Fiona’s TikTok.’
And the rest of the story is sadly well-known,
Van Morrison’s hopes they were utterly blown.
The Shinners shut down his big Belfast gigs
And the place was surround-ed by fascist cop pigs.

The singer returned to his big house in Dublin,
His anger was seethin’, his fury was bubblin’.
And Ian’s foray into epidemiology,
Saw him give our Wee Robin a grovelling apology.

It’s GB News and not UK News because the words Great and Britain speak much more loudly to the the target audience of Brexit-voting, Empire-missing, lockdown-hating People of a Certain Age. That the fourth leg of the union stool has been sawed off in favour of a punchy title is an important piece of news that the loyal Ulster folk who have enthusiastically embraced the new channel seem to have overlooked.

Anyway, Squinter’s been talking to a GB News source in an attempt to assess the place of the new news outlet in the British media landscape.

– So there’s a gap in the market for a right-wing, Brexit-supporting, immigrant-baiting organisation?
– Too right there is. British journalism is chock-full of self-hating libtards. There are no outlet willing to stand up for British values.
– Except for The Daily Mail, right?
– Well, obviously.
– And The Sun.
– That’s a given, of course.
– And The Express.
– Goes without saying.
– And The Daily Telegraph.
– Can’t forget that one.
– And The Times.
– Yep.
– And Talkradio.
– What’s your point?
– Well, that a recent study found that 82 per cent of national and daily media outlets in Great Britain are right-of-centre Conservative-backing organisations.
– Rubbish. The place is coming down with Marxist Corbynista rags who hate our country and everything it stands for.
– Such as?
– The Daily Mirror.
– The right-of-centre soft-Labour paper that despised Corbyn and was part of the media mob that lost him his job?
– Yeah, that one. And The Guardian.
– The only paper that hated Corbyn more than The Daily Mail was The Guardian. Any others?
–  Um.
– Shall we move on?
– Yes, let’s.
– You say there’s a great appetite for news that doesn’t come from inside the ‘London bubble’ of elite insiders.
– That’s just a fact.
– So who’s your chairman?
– The one and only Andrew Neil, may his name be blessed.
– The guy who was the big beast of BBC politics for decades?
– The very one.
– He’s chairman of The Spectator magazine too, isn’t he?
– What can I say? He’s in big demand.
– And who owns The Spectator?
– I feel as if you’re about to tell me.
– The same people who own The Telegraph.
– Really?
– Yeah, they’re knighted billionaires who also own the Ritz.
– So?
– Well, are you saying that billionaire knights of the realm who own multiple media outlets and vast swathes of land and property in London are not part of the establishment elite?
– They are powerless compared to Gary Lineker and Naga Munchetty.
– You say your biggest-name signing is Stan Wootton.
– Dan. Dan Wootton.
–  Sorry. What was he best-known for?
– His rapier wit? His searing insights?
– He was executive editor of The Sun, wasn’t he?
– Might have been.
– And yet he’s a fresh new voice?
– You betcha.
– Still on the subject of fresh new voices, what about Alastair Stewart?
– Legend.
– He started presenting the ITV News when the Pope was an altar boy.
– You can’t beat experience.
– I’m looking at GB News’ top five investors here and I see they have one thing in common.
– Their patriotism?
– Not really.
– Their courage and honesty?
–   Not one of them lives in GB.
– Financial musketeers are mobile by their very nature. And anyway, we have Mr GB himself at our helm – Andrew Neil.
– He lives in the south of France and will contribute to GB news by doing Zoom meetings from the Côte d’Azur and occasionally commuting to, ah, Great Britain.
– That’s news to me.
– Of course it is. 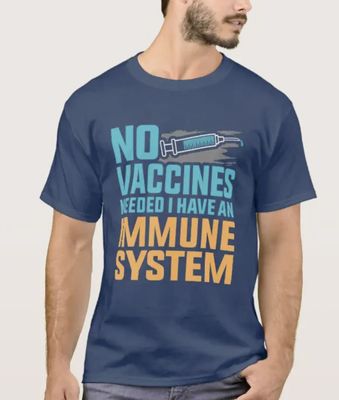 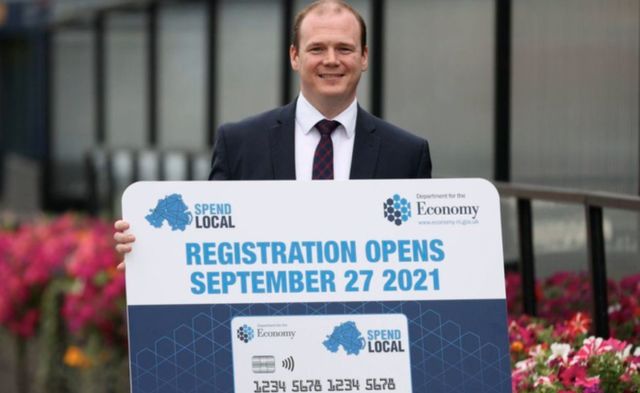