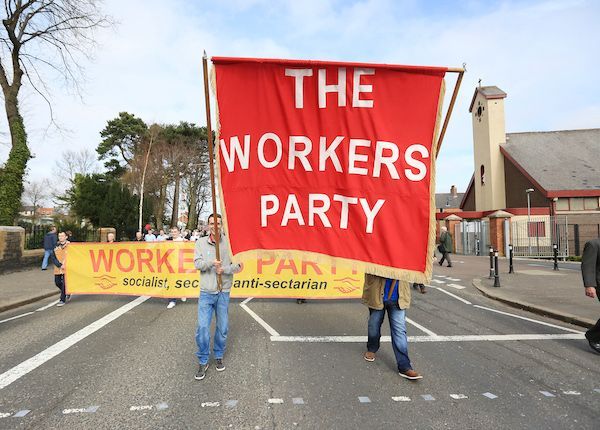 A faction involved in a recent Workers' Party split has urged the electorate not to vote for those running under the party banner.

In 2020, a group of members known as the Northern Ireland Business Committee, whose connection to the Workers' Party dates back to the 1970s, parted ways with the party’s existing Ard Comhairle.

The former group, which is understood to be the minority faction, is running several Workers' Party candidates in the May 5 Assembly election and is officially registered as such with the Electoral Commission. It is understood that it also holds a significant amount of the party's assets, including social clubs, in the North.

The majority faction also lays claim to the party name, but has been unable to function as the Workers' Party in the North due to an administrative technicality. It is understood that this group is seeking a legal injunction against what it deems a “misrepresentation” of its governance.

In a statement, former Workers' Party candidate Gemma Weir said they would not run in the Assembly Election "due to limited activity during the pandemic, along with our own internal issues during that period".

She said it "would be much more effective for us to concentrate our efforts towards the local elections next year."

However, if running in the elections the organisation will not be able to run as the Workers' Party as it it does not hold the Electoral Commission registration.

"The Workers’ Party are not endorsing any party or candidates in the forthcoming election however we would strongly encourage workers to use their vote to vote for parties who have shown a genuine and practical interest in improving the lives of the working class across all sections of society and who have shown a willingness to engage in open debate on all issues, including issues regarding an all-Ireland economy and all issues relating to the constitutional question and the future of the island," Ms Weir continued.

"We also ask people to note that any party purporting to use the Workers’ Party name during this election are not the legitimate Workers’ Party. We in no way support the candidates using this banner, and would ask people to ensure that they take this into consideration when casting their vote."

In recent weeks, both factions were involved in controversy surrounding the scheduling of separate Easter Commemorations, which were due to go ahead at the same time on the Falls Road. The impasse forced one group to move its commemoration to a different day.