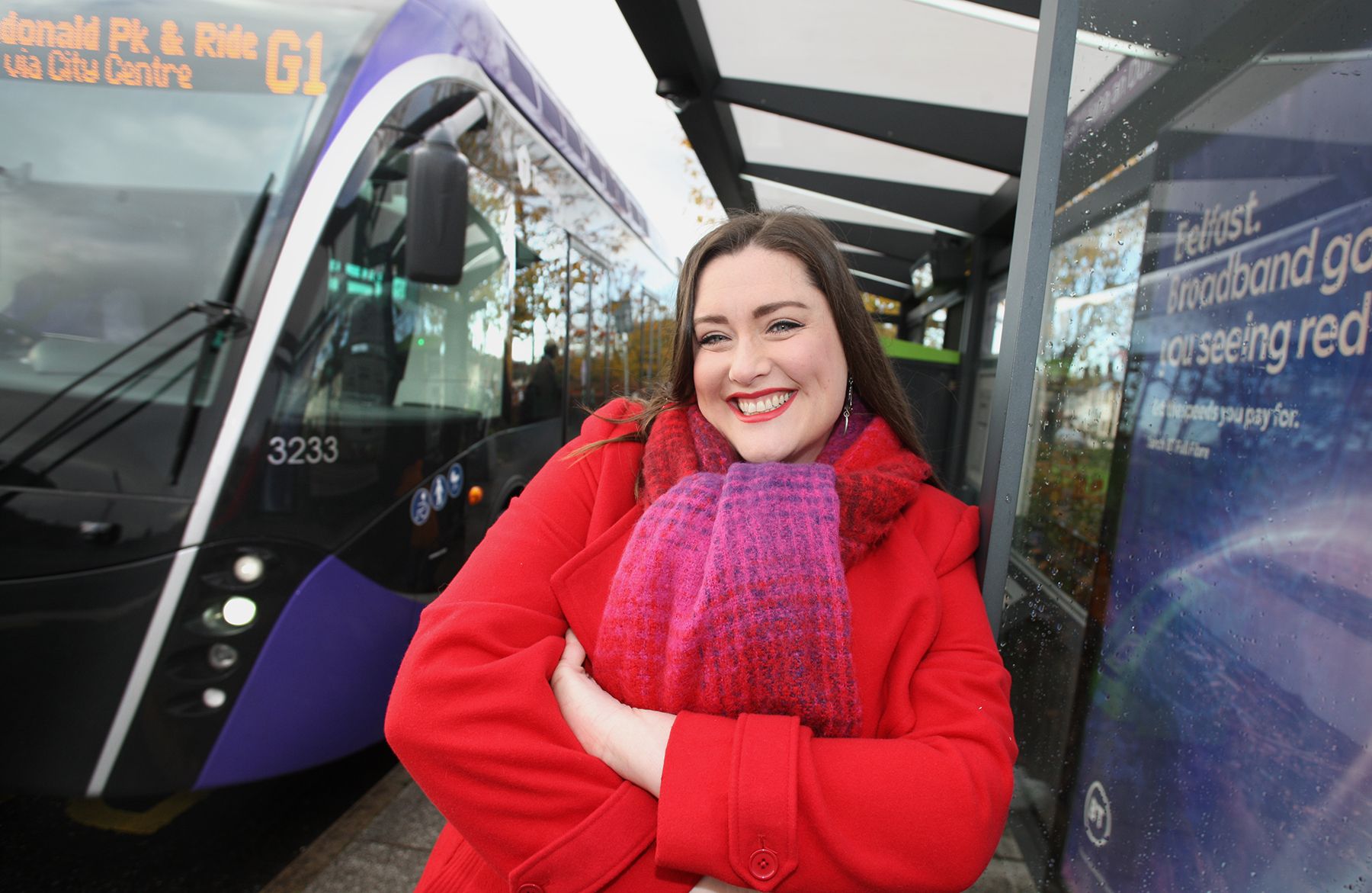 ALL ABOARD: Andersonstown woman Caoimhe Ní Chathail at a Glider stop

AN Andersonstown woman is the face behind the voice of the new Glider announcements as Gaeilge.

Caoimhe Ní Chathail – a BBC presenter and producer – was selected as the voice of the Irish language audio announcements on the Glider service which were introduced in West Belfast in October.

The bi-lingual announcements can now be heard on Glider services operating from Millfield to the Colin Connect Hub.

“It was nice that they got someone local to do it,” Caoimhe told the Andersonstown News.

“I use my voice very often for television shows, or cartoons at times. I have done a lot of things like that in the past but I have never done it for a bus before. It was different. The pronunciations in English were recorded previously and it’s another woman who does the English. They wanted it to be similar to the English in terms of the tone so there wouldn’t be a huge contrast between the two languages. So that was nice.

“I think it will help people in the area who might be learning Irish but aren’t sure of the sounds, they’ll be able to look at the screen and hear it at the same time.”

On calls for the introduction of further Irish language announcements in parts outside of West Belfast, Caoimhe said “that would be brilliant".

“It would be nice for people from other areas – like for instance North Belfast. I think there’s something nice about that.”

Caoimhe's career is currently going from strength to strength.

“I am working with BBC Gaeilge as a radio producer as well as a radio and television presenter. I’m busy but it’s brilliant. It’s fantastic to be able to work in Irish.”

Caoimhe’s latest work is on a new TV show coming out on BBC2 called ‘Trad ar fad.’ She will be presenting the latest series which will be coming out shortly.